Tonne is a metric unit of mass. 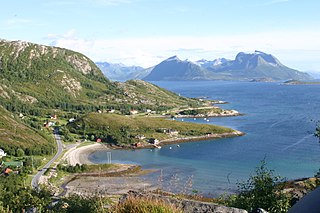 Tonnes is a village in Lurøy Municipality in Nordland county, Norway. It is located on the mainland coast, about 100 kilometres (62 mi) northwest of the town of Mo i Rana. It lies on a peninsula in the far northern edge of the municipality, to the north of the islands of Aldra and Lurøya, east of Storselsøya, and south of Rangsundøya. 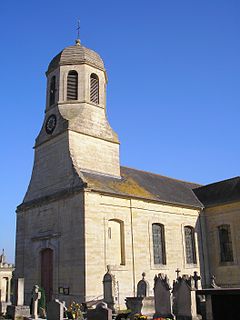 Sainte-Croix-Grand-Tonne is a former commune in the Calvados department in the Normandy region in northwestern France. On 1 January 2017, it was merged into the new commune Thue et Mue.

Tonne, Tønne, or Tönne are Norwegian diminuative forms of the name Antonius and an alternative form of the name Tönius in Norway. They may refer to the following people:

A tønne is an old Norwegian unit of volume equivalent to a barrel. There was a dry tønne and a liquid tønne. The volume of a tønne has varied over time in Norway, including many local variations.

A ton is a unit of mass, force, volume, energy or power.

Line, lines, or LINE may refer to:

Mo or MO may refer to:

No is a word in English, which may be used as:

United may refer to:

Jul most commonly refers to:

The Vikings were seafaring Scandinavians engaged in exploring, raiding and trading in waters and lands outside of Scandinavia from the eighth to eleventh centuries.

Roll or Rolls may refer to:

Nordland may refer to:

The United Kingdom is a sovereign state located off the north-western coast of continental Europe.

As in the case of the Danes the Norwegians' earliest standards of measure can be derived from their ship burials. The 60-foot-long Kvalsund boat (18.29 m) was built ca. 700 AD and differs from the Danish boats less than it does from the Oseberg, Gokstad and Tune ships which all date from ca. 800 AD. Thwarts are typically spaced about 3 feet apart.

A fin is an appendage used to produce lift and thrust or to steer while traveling in water, air, or other fluid media.

V is the twenty-second letter of the Latin alphabet, as well as the Roman numeral for 5.

Ron is a shortening of the name Ronald. 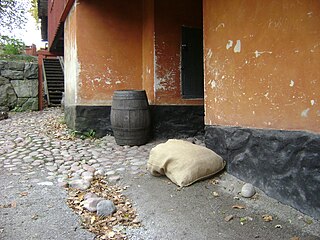 A barrel of land is a Scandinavian unit of area. The word may originate from the area of fields one could seed with a barrel of grain seeds. The acre is the equivalent Anglo-Saxon unit. Because the barrel sizes varied by country, the area unit does too. One barrel can be approximated as half a hectare.