The Premier League, often referred to outside England as the English Premier League or the EPL, is the top level of the English football league system. Contested by 20 clubs, it operates on a system of promotion and relegation with the English Football League (EFL). Seasons run from August to May with each team playing 38 matches. Most games are played on Saturday and Sunday afternoons.

Wrexham Association Football Club is a professional association football club based in Wrexham, Wales. The team compete in the National League, the fifth tier of the English football league system. Formed in 1864, they are the oldest club in Wales and the third oldest professional football team in the world. From August 2011 to November 2020, Wrexham was a supporter-owned football club, until it was taken over by Hollywood actors Ryan Reynolds and Rob McElhenney. Wrexham's home stadium, the Racecourse Ground, is the world's oldest international stadium that still continues to host international games. The record attendance at the ground was set in 1957, when the club hosted a match against Manchester United in front of 34,445 spectators.

The English Football League (EFL) is a league competition featuring professional association football clubs from England and Wales. Founded in 1888 as the Football League, the league is the oldest such competition in world football. It was the top-level football league in England from its foundation until 1992, when the top 22 clubs split away to form the Premier League. In the seasons from 1995 the league was reduced to 20 teams.

The Indian Super League (ISL) is a professional football league which represents the sport's highest level in India. The league comprises 11 teams with each season generally running from November to March. During the league stage of the competition, each club will play 20 games against the others in a round-robin style. The top four teams at the end of the league stage will qualify for the play-offs. The season will then culminate with the ISL Final to determine the champion. The league has been officially known as the Hero Indian Super League since its inception, due to a sponsorship agreement with Hero MotoCorp. 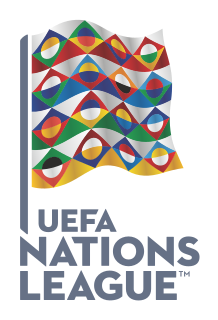 The UEFA Nations League is a biennial international football competition contested by the senior men's national teams of the member associations of UEFA, the sport's European governing body.