Antony Cyprian "Tony" Bridge (5 September 1914 – 23 April 2007) was a British artist who became an Anglican priest. He was Dean of Guildford for 18 years, from 1968 to 1986, and wrote several books on the history of Constantinople and the Crusades.

Bridge's father was Royal Navy Commander Cyprian Dunscomb Charles Bridge. Bridge and his younger brother, Nigel, were educated at Marlborough College. His brother became a barrister and then a judge, serving as a Lord of Appeal in Ordinary from 1980 to 1992.

After school, where his artistic talent had been recognised, Bridge studied at the Royal Academy School of Art, where he was influenced by Post-Impressionism. Living on a small private income, he became an artist in the 1930s. For a period, he shared a studio with Dylan Thomas and spent the summers from 1934 to 1937 in Sark, Channel Islands, in the colony of artists which included Mervyn Peake and Peter Scott.

During and after World War II

Bridge enlisted as a private in the British Army on the outbreak of the Second World War in 1939. He was commissioned in the Buffs in 1940, [1] and served in Egypt and North Africa, interpreting aerial photographs. He joined the staff at the School of Military Intelligence at Matlock in Derbyshire in 1943. He was demobilised in 1945 in the rank of major.

He returned to painting after the war, and exhibited in London, but his wartime experiences had affected him profoundly: he found his earlier atheism dissolving, being replaced by a strong Christian belief. He described his conversion in his book, One Man's Advent, published in 1985.

Bridge decided to seek ordination and, in an interview with the Archbishop of Canterbury, Geoffrey Fisher, said that he did not really want to become a priest but could see little alternative. He studied at Lincoln Theological College from 1953 and was ordained as a priest in the Church of England in 1955. He moved to Romney Marsh to become curate of Hythe in Kent. [2] He was appointed as vicar of Christ Church at Lancaster Gate in Paddington in 1958.

Prostitution was prevalent in his parish, but it also contained many young professionals living in bedsits. He preached on intellectual themes, such as the theological purpose of Picasso and Iris Murdoch, and brought in large congregations. Bridge was appointed as Dean of Guildford Cathedral in 1968, only seven years after the new cathedral was consecrated, serving in that post for 18 years until 1986. He took little pleasure in his administrative duties, but continued to enjoy preaching. He was a member of the advisory council of the Victoria and Albert Museum from 1976 to 1979, and also lectured on Greek and Turkish art on cruises in the Mediterranean.

He wrote several books, including Theodora: Portrait in a Byzantine Landscape (1978), The Crusades (1980), Suleiman the Magnificent (1983) and Richard the Lionheart (1989). Upon his retirement in 1986, and became a Fellow of the Society of Antiquaries.

Bridge married twice. He married artist Brenda Lois Streatfeild in 1937. [3] They had a son and two daughters together. She was active in the work of the Samaritans until her death in 1995. Bridge married a second time in 1996, to Diana Joyce Redhead. He was survived by his second wife and the three children from his first marriage. 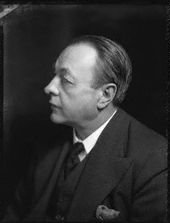 Kenneth Cyril Oram AKC was an Anglican clergyman who served as Dean of Kimberley and of Grahamstown before his elevation to the episcopacy as Bishop of Grahamstown, 1974 to 1987.

Edward Thomas Scott Reid was a Scottish Anglican bishop who ministered in the Scottish Episcopal Church.

Justus Mauritius Marcus was Regional Bishop of Saldanha Bay in the Diocese of Cape Town, 2002 to 2003, having served as Dean of Kimberley and Rector of St Cyprian's Cathedral from 1992 to 2002. He died from cancer, aged 48, on 1 December 2003. Marcus was predeceased by his first wife, Milly. His second wife and widow is Sarah Rowland Jones, a fellow priest who then fulfilled a research ministry in the Anglican Church of Southern Africa at the behest of two successive Archbishops of Cape Town before returning to Wales in late 2013.

Jonathan Hugh Frost is a British Anglican bishop. He has served as the Dean of York since 2 February 2019; he was previously Bishop of Southampton, a suffragan bishop in the Church of England's Diocese of Winchester since 2010.

Brian Victor Beck, an Anglican priest in South Africa, served as Dean of Kimberley from 2003 to 2010. He is an Honorary Canon of St Cyprian's Cathedral. 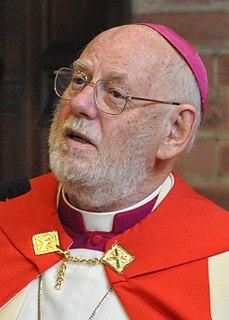 John William Salt, OGS was a British Anglican bishop. He was the Bishop of St Helena from 1999 to 2011. He lived on the island of St Helena, which is situated in the South Atlantic.

Colin Bruce Slee, OBE was a priest in the Church of England, most notable for his final position as Dean of Southwark Cathedral from 1994 until his death.

Samuel Martin Bailey Wells is an English priest of the Church of England. Since 2012, he has been the vicar of St Martin-in-the-Fields in central London, and Visiting Professor of Christian Ethics at King’s College London. In 2018, he was installed as Honorary Canon Theologian of Guildford Cathedral.

Lynda Jane Patterson was a Northern Irish-born Anglican priest who was the 13th dean of Christchurch, New Zealand. She was the first woman to hold that position, serving from 2013 until her death in 2014.

Leland William Frederick Stark was sixth bishop of the Episcopal Diocese of Newark, serving from 1958 to 1974.

John Bowen Coburn was bishop of the Episcopal Diocese of Massachusetts from 1976 to 1986.