Anton Cargnelli (1 February 1889 – 27 June 1974) most commonly known as Tony Cargnelli, was an Austrian football player and manager from Vienna.

Very little is known about his time as a player, he is most famous for managing several top clubs in Italian football. [1]

Rugby league, often called simply as rugby or league, is a full-contact sport played by two teams of thirteen players on a rectangular field measuring 68 m wide and 112–122 m long. One of the two codes of rugby football, it originated in Northern England in 1895 as a split from the Rugby Football Union over the issue of payments to the players. Its rules progressively changed with the aim of producing a faster, more entertaining game for spectators. 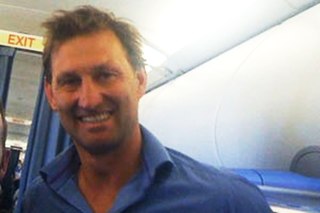 Anthony Howard Lockett is a former Australian rules football player. Nicknamed "Plugger", Lockett is the league record-holder for the most goals kicked in the history of the VFL/AFL, with 1,360 goals in a career of 281 games, starting in 1983 with the St Kilda Football Club and ending in 2002 with the Sydney Swans. Lockett won the Brownlow Medal in 1987, becoming the first and only full-forward to ever win the award. He is a four-time Coleman Medallist, kicked more than 100 goals in a season on six occasions and is a member of the Australian Football Hall of Fame. In 1999, Lockett broke the all-time goals record when he kicked his 1300th goal, surpassing Gordon Coventry's record of 1,299, which had stood for 62 years. Lockett's new record remains unbeaten.

Società Sportiva Calcio Bari, commonly referred to as Bari, is an Italian football club founded in 1908 and based in Bari, Apulia. It currently plays in Serie C. 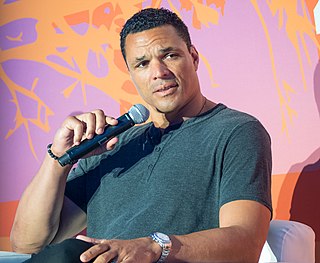 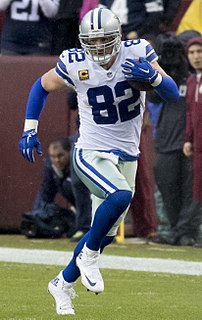 Christopher Jason Witten is an American football tight end for the Las Vegas Raiders of the National Football League (NFL). He played college football for the University of Tennessee, and was drafted by the Dallas Cowboys in the third round of the 2003 NFL Draft. Witten ranks second in all-time career receptions and receiving yards by an NFL tight end, trailing only Tony Gonzalez. Initially retiring in 2018, he became a color analyst for ESPN's Monday Night Football, Witten announced in February 2019 that he would end his retirement and return to the Cowboys in 2019.

Ante Josip "Tony" Mandarich is a Canadian former American football offensive tackle who played in the National Football League (NFL) for seven seasons. He was drafted in the first round of the 1989 NFL Draft by Green Bay Packers as the second overall pick and also played for the Indianapolis Colts.

Anthony Robert Canadeo was a professional American football player who played halfback in the National Football League (NFL) for the Green Bay Packers from 1941 to 1952, having missed most of the 1944 season and the entire 1945 season while serving in the U.S. Army during World War II. Canadeo was born and raised in Chicago, Illinois before moving to Spokane, Washington to attend Gonzaga University. He played football for the Gonzaga Bulldogs, where he earned the nickname "Gray Ghost of Gonzaga". Drafted by the Packers in the 1941 NFL Draft, Canadeo went on to play multiple positions, including running back, quarterback, defensive back, punter, and return specialist.

Calcio Foggia 1920 S.S.D., commonly referred to as Foggia, is an Italian football club based in Foggia, Apulia. It currently plays in Serie C, having last been in the top level Serie A in 1995.

Anthony Dale Modra is a former Australian rules footballer who represented Adelaide and Fremantle in the Australian Football League (AFL) and West Adelaide in the South Australian National Football League (SANFL). Known for his spectacular marking ability in the full forward position, Modra had the physical strength and size to match the best opposition full backs in the competition. 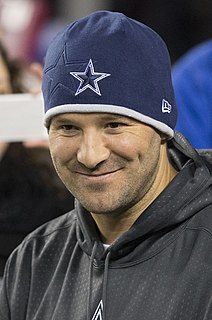 Antonio Ramiro Romo is a former American football quarterback who played in the National Football League (NFL) for 14 seasons with the Dallas Cowboys. He played college football for Eastern Illinois University, where he led the Panthers to an Ohio Valley Conference championship in 2001 and won the Walter Payton Award the following year. Romo signed with the Cowboys as an undrafted free agent in 2003. Since his retirement from the NFL in April 2017, Romo has been a sports analyst for the CBS television network.

The 1977 NFL draft was the procedure by which National Football League teams selected amateur college football players. It is officially known as the NFL Annual Player Selection Meeting. The draft was held May 3–4, 1977, at the Roosevelt Hotel in New York City, New York. The league also held its first supplemental draft, which took place after the regular draft and before the regular season. 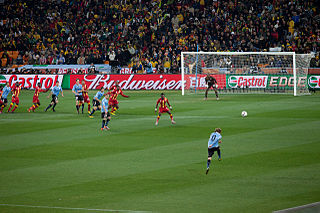 Gyula Feldmann was a Hungarian football player and coach.

Mario Sperone was an Italian football manager and former player who played as a midfielder.

Bright Eyes is a 1929 British-Austrian romance film directed by Géza von Bolváry and starring Betty Balfour, Jack Trevor, and Fritz Greiner. It is also known under the alternative title of Champagner.

The 1939-40 season was Associazione Sportiva Ambrosiana-Inter's 31st in existence and 24th consecutive season in the top flight of Italian football.