Tony Crook may refer to:

Thomas Anthony Donald Crook was a racing driver from England. He was born in Manchester and educated at Clifton College, Bristol. He participated in two Formula 2 Grand Prix races counting towards the World Championship of Drivers, debuting on 19 July 1952. He scored no championship points. He also participated in several non-championship races.

Anthony Derek Howell Crook, CBE, FAcSS, FRTPI, FRSA, known professionally as Tony Crook, is a British academic and emeritus professor of town and regional planning at the University of Sheffield.

March 30 is the 89th day of the year in the Gregorian calendar. There are 276 days remaining until the end of the year.

March 23 is the 82nd day of the year in the Gregorian calendar. There are 283 days remaining until the end of the year. 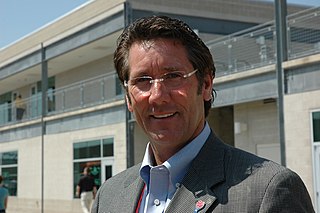 Anton Hulman "Tony" George is the chairman and former President and CEO of the Indianapolis Motor Speedway and Hulman & Company, serving from 1989 to 2009. He was also formerly on the Board of Directors of both entities. He founded the Indy Racing League and co-owned Vision Racing.

Peter or Pete Collins may refer to:

Rod Nash Racing is a Supercars Championship racing entity, owned by Rod Nash. Chaz Mostert is the current driver, in the No. 55 Ford FG X Falcon. Nash co-owns Tickford Racing and as of 2018, Rod Nash Racing will run under the Tickford name.

Daniel McKenzie may refer to:

Steve or Stephen Owen may refer to:

Tony Dean may refer to: 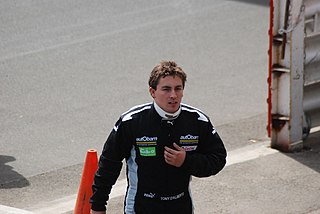 Antonio "Tony" D'Alberto is an Australian professional racing driver. He currently drives the No. 12 Ford FG X Falcon for DJR Team Penske as a co-driver alongside Fabian Coulthard in the Pirtek Enduro Cup.

David Andrews may refer to:

Antonio García or Anthony Garcia may refer to:

Gulotta is an Italian surname. Notable people with the surname include: 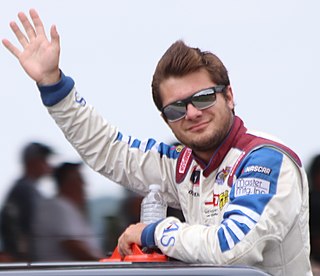