Anthony Derek Howell Crook, CBE, FAcSS, FRTPI, FRSA, known professionally as Tony Crook, is a British academic and emeritus professor of town and regional planning at the University of Sheffield.

Dame Katharine Mary Barker is a British economist. She is principally noted for her role at the Bank of England and for advising the British government on social issues such as housing and health care.

Brandon Kenneth Lewis is a British Conservative Party politician who has served as Secretary of State for Northern Ireland since the February 2020 cabinet reshuffle. Lewis previously served as Minister for Security and Deputy for EU Exit from 2019 to 2020, and Chairman of the Conservative Party and Minister without Portfolio from 2018 to 2019, and has served as Member of Parliament (MP) for Great Yarmouth since 2010. Lewis has been described by journalists as having an impressive understanding of the Conservative party, having worked his way from Councillor to Chairman.

Stephen Glaister is Emeritus Professor of Transport and Infrastructure at the Department of Civil & Environmental Engineering, Imperial College London where he was also director of the Railway Technology Strategy Centre.

Martin Meyerson was a United States city planner and academic leader best known as the President of the University of Pennsylvania (Penn) between 1970 and 1981. Meyerson, through his research, mentorship, essays and consulting, exerted formative influence on US post-war urban policy at the municipal and federal levels. 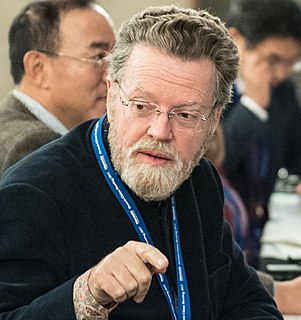 Tan Sri Zakri bin Abdul Hamid has had a distinguished career in science as a researcher, educator, administrator and diplomat.

John Charles Cater is the Vice-Chancellor of Edge Hill University. Appointed in 1993, he is the longest-serving head of a United Kingdom higher education institution and is the Chair of the Universities UK Teacher Education Advisory Group. Cater was appointed Commander of the Most Excellent Order of the British Empire (CBE) in the 2015 Queen's Birthday Honours for services to Higher Education and Teacher Training. 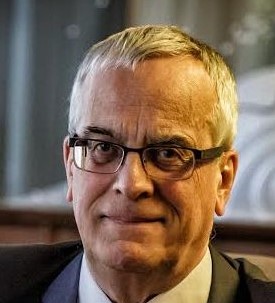 Anthony John (Tony) Culyer CBE is a British economist, and Emeritus Professor of Economics at the University of York, visiting professor at Imperial College London and Adjunct Professor in Health Policy, Evaluation and Management at the University of Toronto, known for his work in the field of health economics.

Charles Denton Kemp, was an Australian economist and economic policy commentator, and founder of the Institute of Public Affairs (IPA).

Alan Christopher Walker, CBE, FBA, FRSA, FAcSS is a British academic, social scientist and public health administrator. Since 1985, he has been Professor of Social Policy and Social Gerontology at the University of Sheffield.

David Vernon Donnison was a British academic and social scientist, who was Professor of Social Administration at the London School of Economics from 1961 to 1969, and Professor of Town and Regional Planning (1980–91) and Honorary Research Fellow at the University of Glasgow.

Richard Jenkins, FAcSS is a sociologist and retired academic. From 1995 to 2014, he was Chair in Sociology at the University of Sheffield.

The 2019 New Year Honours are appointments by some of the 16 Commonwealth realms to various orders and honours to recognise and reward good works by citizens of those countries. The New Year Honours are awarded as part of the New Year celebrations at the start of January and were officially announced in The London Gazette at 22:30 on 28 December 2018. Australia, an independent Realm, has a separate honours system and its first honours of the year, the 2019 Australia Day Honours, coincide with Australia Day on 26 January. 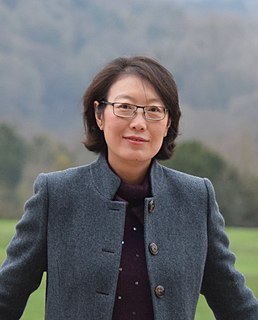 Wei Yang FAcSS FRTPI MCIHT is a Chinese-British town planner and urban designer. She is the founder of Wei Yang & Partners in London. She is a lead figure in researching, promoting and implementing the 21st Century Garden City approach and promoting joined up thinking between different built environment professionals.