Born in Milan, De Vita graduated at the Giuseppe Verdi Conservatory in his hometown. [1] He started his career as a pianist, accompanying artists such as Johnny Dorelli and Betty Curtis. [1] In 1963 he debuted on television as the conductor in the variety show La fiera dei sogni, and from then he appeared in dozens of popular shows, including Senza Rete , Fantastico and Domenica in . [1] [2]

De Vita composed over five hundred songs and musical scores. [1] He is best known for his long collaboration with the singer Mina. [2] Among his best known compositions, the song "Piano", which was later recorded by Matt Monro (1962), Doris Day (1963) and Frank Sinatra (1964) with the title "Softly, as I Leave You". [1] [2] 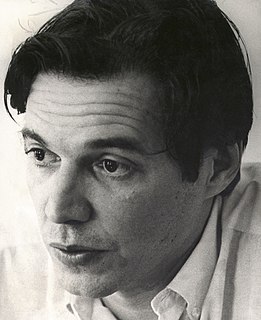 Mina Anna Maria MazziniOMRI, Anna Maria Quaini, known as Mina Mazzini or simply Mina, is an Italian singer. She was a staple of television variety shows and a dominant figure in Italian pop music from the 1960s to the mid-1970s, known for her three-octave vocal range, the agility of her soprano voice, and her image as an emancipated woman. 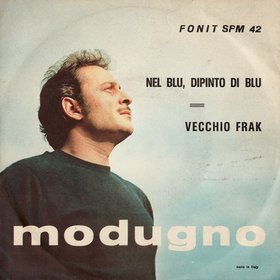 "Nel blu, dipinto di blu", popularly known as "Volare", is a song originally recorded by Italian singer-songwriter Domenico Modugno. Written by Modugno and Franco Migliacci, it was released as a single on 1 February 1958.

Gershon Kingsley was a contemporary German-American composer, a pioneer of electronic music and the Moog synthesizer, a partner in the electronic music duo Perrey and Kingsley, founder of the First Moog Quartet, and writer of rock-inspired compositions for Jewish religious ceremonies. Kingsley is most famous for his 1969 influential electronic instrumental composition "Popcorn".

Matthew Jay Sklar is a composer for musical theatre, television, and film. His works have appeared on Broadway, the West End, and many theatres worldwide. Sklar has written primarily with lyricist Chad Beguelin, having written music for their Broadway shows The Wedding Singer, Elf the Musical, and The Prom. The Wedding Singer and The Prom earned him nominations for the Tony Award for Best Original Score.

"Softly, as I Leave You" is a popular Italian song, originally titled Piano, composed by Tony De Vita with Italian lyrics by Giorgio Calabrese, translated into English by Hal Shaper. 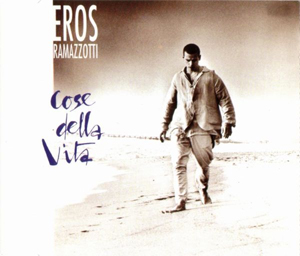 "Cose della vita" is a song originally released in 1993 by Eros Ramazzotti and included on his album Tutte storie. The single's highest chart placing was number 1 in Belgium, number 3 in Spain and number 4 in Italy. The original version also was a smash hit in Argentina, Chile, Mexico and Uruguay in the fall of 1993, gaining strong TV rotation. The music video for the song was directed by Spike Lee.

Vincenzo Jannacci, more commonly known as Enzo Jannacci, was an Italian singer-songwriter, pianist, actor and comedian. He is regarded as one of the most important artists in the post-war Italian music scene.

Giuseppe Prestipino Giarritta, professionally known by his pseudonym Pino Presti, is an Italian bassist, arranger, composer, conductor and record producer from Milan. He is a 5th-dan black belt in Shotokan Karate.

Gianni Ferrio was an Italian composer, conductor and music arranger.

Pino Rucher was an Italian guitarist active in orchestral settings and in film soundtracks.

Bruno Canfora was an Italian composer, conductor, and music arranger.

"Il cielo in una stanza" is a song written by Gino Paoli and originally recorded by Italian singer Mina for the album of the same name. The song was released as a single in June 1960 by Italdisc. It became a commercial success in Italy, topping the charts for eleven consecutive weeks and later returning to number one for three additional weeks. It is also Mina's best-selling single in Italy, with estimated sales of 400.000 copies. 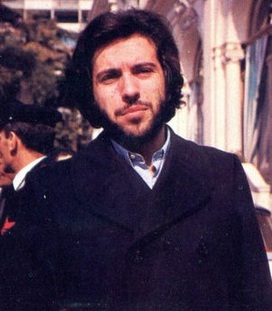 Senza Rete was a music show created by Giorgio Calabrese and broadcast by Rai 1 from 1968 to 1975.