Giffard was Managing Director of the National Research Development Corporation 1949–1959, after having been Director of Research of Decca Record Company 1947–1949, and previously worked for Lever Brothers, and Brown-Firth Research Laboratories. Subsequently he served on many public bodies, including chairing the Committee on Decimal Currency (1961–1963). Between 1966 and 1997 he was Chancellor of Brunel University. [2]

He was President of the British Computer Society during 1969–70. [3] In 1970 he was awarded and Honorary Fellowship of the British Psychological Society. [4]

In addition, he was also a friend of J. R. R. Tolkien and was one of the few people to read The Silmarillion in Tolkien's lifetime in 1957.

His grandmother was the Edwardian couturiere Lady Duff-Gordon, otherwise known by her professional name Lucile, and who was a survivor of the RMS Titanic disaster.

John Ronald Reuel Tolkien was an English writer, poet, philologist, and academic. He was the author of the high fantasy works The Hobbit and The Lord of the Rings.

The Lord of the Rings is an epic high-fantasy book by the English author and scholar J. R. R. Tolkien; he called it a "heroic romance", denying that it was a novel. The story began as a sequel to Tolkien's 1937 children's book The Hobbit, but eventually developed into a much larger work. Written in stages between 1937 and 1949, The Lord of the Rings is one of the best-selling books ever written, with over 150 million copies sold.

Christopher John Reuel Tolkien was an English and French academic editor. He was the son of author J. R. R. Tolkien and the editor of much of his father's posthumously published work. Tolkien drew the original maps for his father's The Lord of the Rings.

Halsbury's Laws of England is a uniquely comprehensive encyclopaedia of law, and provides the only complete narrative statement of law in England and Wales. It has an alphabetised title scheme covering all areas of law, drawing on authorities including Acts of the United Kingdom, Measures of the Welsh Assembly, UK case law and European law. It is written by or in consultation with experts in the relevant field. 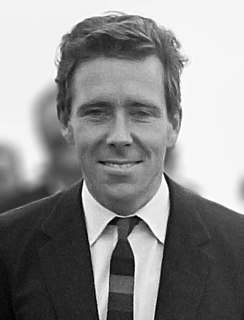 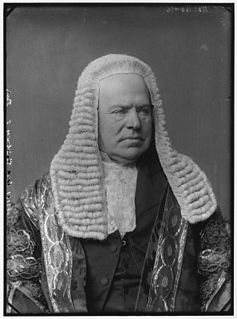 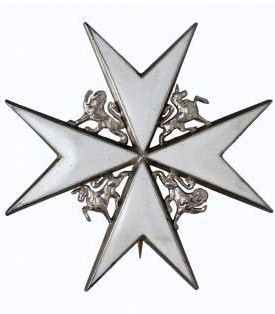 Earl of Halsbury, in the County of Devon, was a title in the Peerage of the United Kingdom. Halsbury is a historic manor in the parish of Parkham, near Bideford, Devon, long the seat of the Giffard family and sold by them in the 18th. century. The title was created on 19 January 1898 for the lawyer and Conservative politician Hardinge Giffard, 1st Baron Halsbury. He was Lord High Chancellor of Great Britain from 1885 to 1886, 1886 to 1892 and 1895 to 1905. Giffard had already been created Baron Halsbury, of Halsbury in the County of Devon, on 26 June 1885, and was made Viscount Tiverton, of Tiverton in the County of Devon, at the same time he was given the earldom. Those titles were also in the Peerage of the United Kingdom. He was descended from the family of Giffard of Brightley, Chittlehampton, a junior line of Gifford of Halsbury. A younger son of the first of the Brightley family was Roger Giffard (d.1603) who purchased Tiverton Castle which he made his home. The 1st Earl in fact had no close connection with Halsbury, as the closest of his ancestors born there was Sir Roger Giffard of Brightley (d.1547) and even less with Tiverton, the home of none of his ancestors but only of a very distant cousin, but nevertheless chose these places as his titles. The 2nd Earl styled himself "Lord Tiverton" until his succession to the title in 1921, and as a major in the Royal Navy Air Service during World War I produced in September 1917 the first comprehensive plan for strategic bombing that became a major influence for plans and doctrine used by British and American air forces in World War II. Halsbury's grandson, the third Earl, was a scientist and the first Chancellor of Brunel University. The fourth Earl did not use his title and did not use the courtesy title of Viscount Tiverton which he was entitled to from 1943 to 2000. All the titles became extinct on his death in 2010. 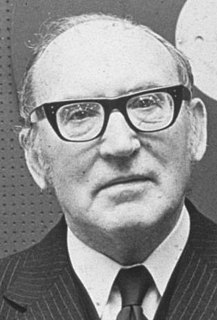 Sir Maurice Vincent Wilkes was a British computer scientist who designed and helped build the Electronic delay storage automatic calculator (EDSAC), one of the earliest stored program computers and invented microprogramming, a method for using stored-program logic to operate the control unit of a central processing unit's circuits. At the time of his death, Wilkes was an Emeritus Professor of the University of Cambridge.

The works of J. R. R. Tolkien have served as the inspiration to painters, musicians, film-makers and writers, to such an extent that he is sometimes seen as the "father" of the entire genre of high fantasy.

Do not laugh! But once upon a time I had a mind to make a body of more or less connected legend, ranging from the large and cosmogonic to the level of romantic fairy-story... The cycles should be linked to a majestic whole, and yet leave scope for other minds and hands, wielding paint and music and drama. Absurd. 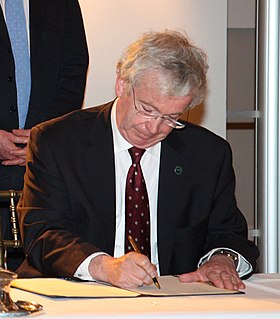 Sir Timothy Michael Martin O'Shea was the Vice-Chancellor and Principal of the University of Edinburgh until February 2018.

Halsbury is a historic manor in the parish of Parkham in North Devon, England. It is situated 2 miles north-east of the village of Parkham and 4 miles south-west of the town of Bideford. Halsbury was long a seat of the ancient Giffard family, a distant descendant of which was the celebrated lawyer Hardinge Stanley Giffard, 1st Earl of Halsbury (1823–1921), who adopted the name Halsbury for his earldom and was the author of the essential legal reference books Halsbury's Statutes. Halsbury Barton, now a farmhouse, retains 16th and 17th century elements of the former manor house of the Giffard family. It was described in a record of 1560 as a "new dwelling house".

The National Research Development Corporation (NRDC) was a non-departmental government body established by the British Government to transfer technology from the public sector to the private sector.

John Giffard may refer to:

Weare Giffard is a small village, civil parish and former manor in the Torridge district, in north Devon. The church and manor house are situated 2 1/2 miles NW of Great Torrington in Devon. Most of the houses within the parish are situated some 1/2-mile east of the church. The church is situated on a hillside to the north and slightly above the wide and flat valley floor of the River Torridge. The Church of the Holy Trinity and the adjacent Weare Giffard Hall are designated members of the Grade I listed buildings in Devon.