Tony Gould AM (1938 - 10 March 2020) [1] was the founding director of the Queensland Performing Arts Centre (QPAC) and the Brisbane Festival.

Tony Gould was born in Sydney and worked as a professional actor in the UK and later in Australia. He joined the Australian Elizabethan Theatre Trust and became an Arts Administrator in 1961. Over the next ten years he was a theatre producer and co-ordinated performing activities from overseas and Australia. [2] He was appointed in 1972 by the Australian Broadcasting Corporation to the position of State Concert Manager for Queensland. He later moved to Sydney ABC, spending seven years presenting world class concert artists and symphony orchestras and presented around 750 concerts annually.

In 1979, after a worldwide search, Gould was named Director of Queensland's $130 million Performing Arts Centre (QPAC). Following the opening of the Centre in 1985, it received acclaim for its achievements in all disciplines of the performing arts. Under Gould's direction the Centre became known internationally for its contribution to the development of social-justice performing arts programs. During his time at QPAC, Tony Gould was chairman of the board of the Queensland Symphony Orchestra.

In 1994 Gould was made a Member of the Order of Australia for service to the arts.

In 1998, Tony Gould was awarded, by the Queensland University of Technology (QUT), the degree of Doctor of the University. The following year was the twentieth anniversary of his appointment as Director of the Queensland Performing Arts Trust and Gould received a special award from Brisbane Tourism for an Outstanding Contribution by an Individual for his leadership with arts-tourism initiatives.

In addition to his responsibilities as CEO and Artistic Director of QPAC, Gould established and was Artistic Director of the multimillion-dollar 1996, 1998, 2000, 2002 and 2004 Brisbane Festivals. These major international events received critical and public acclaim. It was Gould's policy that his festivals should include a high proportion of Australian performers and Australian performing companies.

In 2001, Griffith University admitted him to the degree of Doctor of the University. In 2002, he was appointed to the position of Adjunct Professor at QUT in the faculty of Creative Industries.

In 2002, after 23 years at QPAC, Gould retired from his position as founding Director. During that period, attendances totalled more than eight million and there were in excess of twelve thousand performances. Gould worked with all major stage and concert producers and his focus has invariably been on the appointment of Australian performers and creative artists

In 2005, Gould was honoured by the Government of Queensland as a Queensland Great for his "Invaluable Personal Contribution to Queensland". [3]

Gould has been appointed an Australia Day Ambassador (Queensland) on seven occasions (2005 to 2013). He has also been awarded the Australian Centenary Medal.

On his retirement, to acknowledge Gould's contribution to the live-performance industry, the exhibition space at the Arts Centre was named the Tony Gould Gallery. [4]

For many years Tony Gould was committed to assisting Australian performers who are experiencing financial hardship. As an outcome of this, in 2008 he was presented with a Lifetime Achievement Award by The Actors' and Entertainers' Benevolent Fund of Queensland. [5] He was Patron of the Fund from 2010 until his passing in 2020. [6]

Gould was married to former actress Jeannette Brown and they have two children. Their son Dr Anthony M. Gould is a Professor at Laval University in Canada [8] and a Visiting Professor at Cornell University in the USA [9] and their daughter Kate Gould, former Chief Executive of the Adelaide Festival of Arts, is the CEO/Founder of an online business consortium OurBodyCorp and OurPlaceManager and is also an Arts Consultant. Kate Gould is a director of the Adelaide Football Club (the Crows). 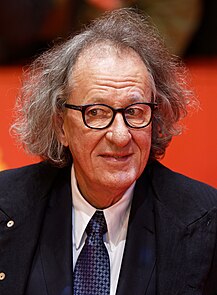 Geoffrey Roy Rush is an acclaimed Australian actor of the stage and screen. He is known for his roles in various films, including his role as Captain Barbossa in the Pirates of the Caribbean films. Rush won an Academy Award for Shine (1996), and was nominated for his performances in Shakespeare in Love (1998), Quills (2000), and The King's Speech (2010). He also appeared in various films including Elizabeth (1998), Les Miserables (1998), Frida (2001), Munich (2005), and The Book Thief (2013). 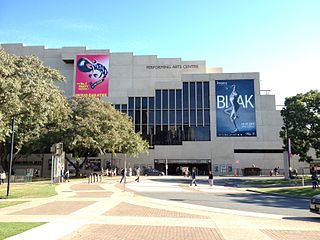 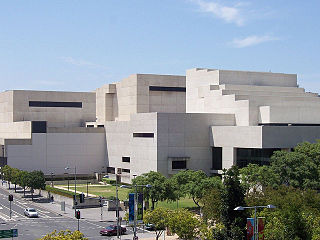 The culture of Brisbane derives from mainstream Australian culture and incorporates a strong history in the performing arts, music and sport.

Voices of Birralee is a non-profit youth choral organization, based in Brisbane, Australia, which has gained a reputation for its leading choirs, that have performed in front of audiences in both Australia and across the world.

The Love of the Nightingale is an opera in two acts by Richard Mills. The libretto by Timberlake Wertenbaker is based on her play of the same name. It is an adaptation of the ancient Greek legend of the rape of Philomela by her brother-in-law Tereus, and the gruesome revenge undertaken by Philomela and her sister Procne.

Cate Fowler is a theatre producer and director specialising in work for children and families and an educationalist engaged in research in the areas of children's performance and creative literacies.

Gideon Obarzanek is an Australian choreographer, director and performing arts curator. He was Artistic Associate with the Melbourne Festival (2015-2017), co-curator and director of ‘XO State’ at the inaugural Asia-Pacific Triennial of Performing Arts (2015-2017). Obarzanek was appointed Chair of the Melbourne Fringe Festival in 2015 and Strategic Cultural Engagement Manager at Chancellery at the University of Melbourne in 2018.

Simon Gallaher is an Australian singer, actor, director and pianist. 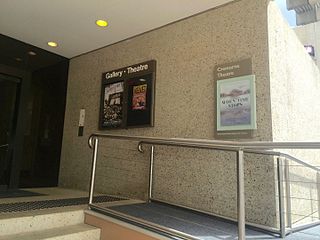 The Cremorne Theatre was a theatre in South Brisbane, Brisbane, Queensland, Australia that operated, with interruptions, from 1911 to 1954. Although nothing remains of it today, the general location retains its cultural significance from the first half of the twentieth century as a theatre precinct, thanks to the nearby construction of Queensland Performing Arts Centre (QPAC) in 1985. Its name lives on in the new Cremorne Theatre, one of the venues within QPAC.

AusStage is an online database which records information about live performances in Australia, providing records of productions from the first recorded performance in Australia up until the present day. The only repository of Australian performing arts in the world, it is managed by a consortium of universities, government agencies, industry organisations and arts institutions, and mostly funded by the Australian Research Council. Created in 2000, the database contained more than 250,000 records by 2018.

The 14th Annual Helpmann Awards for Australian live performance were held on 18 August 2014 at the Capitol Theatre in Sydney. 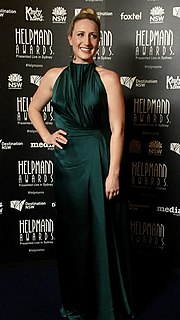