Antonius Hermanus Johannes Lovink (12 July 1902 – 27 March 1995) was a Dutch diplomat who served as the last High Commissioner of the Crown in the Dutch East Indies in 1949, the year the Dutch East Indies declared independence from the Netherlands, and renamed itself Indonesia. [1] He later served as Dutch Ambassador to Australia and Canada, the latter which he lived in after he resigned in 1967.

The East Indies, or the Indies, are an archaic term referring to the lands, as the name suggests, east of the Indian subcontinent, most particularly Maritime Southeast Asia and parts of East Asia. In a more strict sense, the Indies were used from a European perspective to refer to the islands of Southeast Asia, especially the Indonesian Archipelago and the Philippine Archipelago.

Willem Janszoon, sometimes abbreviated to Willem Jansz., was a Dutch navigator and colonial governor. Janszoon served in the Netherlands East Indies in the periods 1603–1611 and 1612–1616, including as governor of Fort Henricus on the island of Solor. He is the first European known to have seen the coast of Australia during his voyage of 1605–1606. 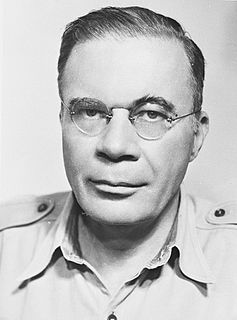 Hubertus Johannes "Huib" van Mook was a Dutch administrator in the East Indies. During the Indonesian National Revolution, he served as the Acting Governor-General of the Dutch East Indies from 1942 to 1948. Van Mook also had a son named Cornelius van Mook who studied marine engineering at the Massachusetts Institute of Technology. He also wrote about Java - and his work on Kota Gede is a good example of a colonial bureaucrat capable of examining and writing about local folklore. 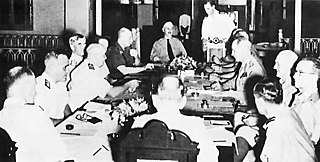 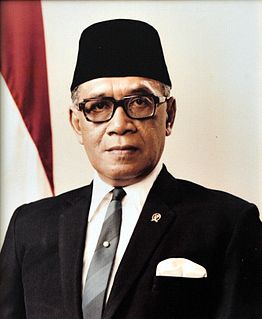 Hamengkubuwono IX or HB IX was an Indonesian politician and royalty who was the second vice president of Indonesia, the ninth sultan of Yogyakarta, and the first governor of the Special Region of Yogyakarta.

The Merdeka Palace, is one of six presidential palaces in Indonesia. It is located on the north side of the Merdeka Square in Central Jakarta, Indonesia and is used as the official residence of the President of the Republic of Indonesia.

Jhr. Alidius Warmoldus Lambertus Tjarda van Starkenborgh Stachouwer was a Dutch nobleman and statesman, primarily noted for being the last colonial Governor-General of the Netherlands East Indies, now Indonesia. He was taken captive after accepting Japan's demands for an unconditional surrender of the islands on 9 March 1942. 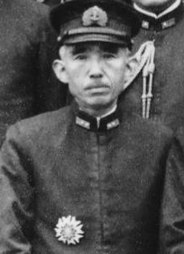 Ibō Takahashi was an admiral in the Imperial Japanese Navy during World War II.

Hendrik Merkus, Baron de Kock was a Dutch general and nobleman who served in the Batavian Navy as Lieutenant Governor-General of the Dutch East Indies from 1826 to 1830. He also was Minister of the Interior of the Netherlands from 1836 to 1841. 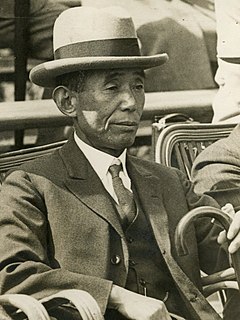 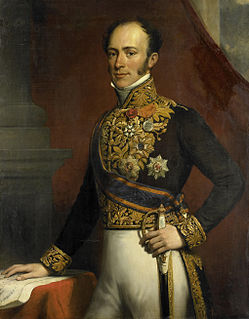 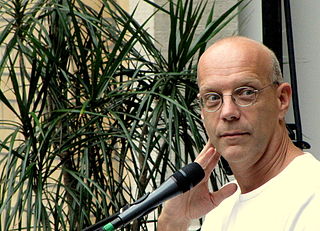 Geert Lovink is the founding director of the Institute of Network Cultures, whose goals are to explore, document and feed the potential for socio-economical change of the new media field through events, publications and open dialogue. As theorist, activist and net critic, Lovink has made an effort in helping to shape the development of the web.

Willem Arnold Alting was a Dutch colonial administrator who served as Governor-General of the Dutch East Indies from 1780 to 1797. 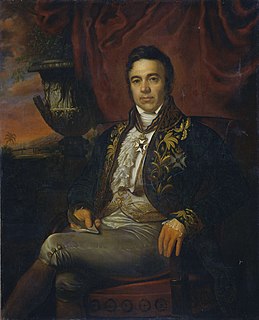 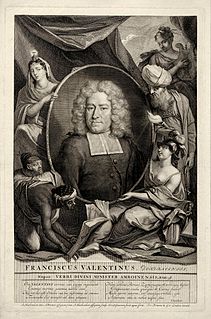 François Valentijn was a Dutch minister, naturalist and author whose Oud en Nieuw Oost-Indiën describes the history of the Dutch East India Company and the countries of the Far East.

Raden Panji Soeroso was a politician, Sarekat Islam activist, and a National Hero of Indonesia. He served as Governor of Central Java and Minister of Public Works and Manpower under the Greater Indonesian Party. He was also a vice chairman of the BPUPK and a member of PPKI. He was the founder of the Civil Servants Cooperative Republic of Indonesia. Soeroso was born in Porong, Sidoarjo, East Java, Dutch East Indies. Soeroso was posthumously honored as an Indonesian National Hero through a Presidential Decree issued on October 23, 1986. He died in Indonesia.

Raden Soelaiman Effendi Koesoemah Atmadja is a National Hero of Indonesia and the first Chairman of its Supreme Court. 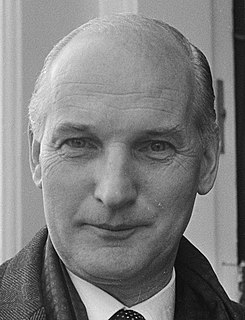