Tony Nader (Born: Tanios Abou Nader; [1] Arabic: طوني أبو ناضر) is a Lebanese neuro-scientist, researcher, [2] [3] university president, author and leader of the Transcendental Meditation movement. He has a medical degree in internal medicine, received his Ph.D. from Massachusetts Institute of Technology and worked as a clinical and research fellow at a teaching hospital of Harvard Medical School.

Nader worked with Deepak Chopra at the Maharishi Ayurveda Health Center in Massachusetts [4] and in 1994, published his first book, Human Physiology: Expression of Veda and the Vedic literature. [5] He is president of both Maharishi University of Management (Holland) and Maharishi Open University. [4]

In 2000, Nader received the title of First Sovereign Ruler of the conceptual country, Global Country of World Peace from Transcendental Meditation founder Maharishi Mahesh Yogi, [6] [7] and in 2008, was named the Maharishi's successor. [8] Nader published his second book, Ramayan In Human Physiology in 2011. [9] In 2015 Nader founded the International Journal of Mathematics and Consciousness and is serving as the editor-in-chief. [10]

Nader attended the American University of Beirut, where he studied internal medicine and psychiatry and received his master's degree [11] and a medical degree in internal medicine and psychiatry. [12] [13] He earned his Ph.D. from the Massachusetts Institute of Technology (MIT) in the field of Brain and Cognitive Science [14] [15] and became a visiting physician at their Clinical Research Center. [11] His post-doctoral work was as a clinical and research fellow at the Massachusetts General Hospital, a teaching hospital of Harvard Medical School. [6] [16] [17]

Nader has conducted research in hormonal activity, neurochemistry, neuroendocrinology, on the medical role of the neurotransmitter and on the relationship between age, behavior, diet, seasonal influences and mood. [11] Nader reports that his desire to have a complete understanding of the mind and body and its relationship to consciousness and the human physiology led him to a "spiritual awakening" and the study of Vedic Science with the Maharishi. [2] Nader said he learned about "the field of spiritual or non-physical, or non-material and how it expresses itself in the universe" from the Maharishi. [3] As a professor and director, Nader has conducted Maharishi Vedic Approach to Health programs and lectured in "more than 50 countries". [11]

In 1986, Nader was criticized for overstating his post-graduate connections to MIT and implying that his research was sanctioned by his alma mater. [18] In 1987, Nader worked at the Maharishi Ayurveda Health Center in Lancaster, Massachusetts. [19]

In his 1994 book Human Physiology: Expression of Veda and the Vedic Literature, Nader postulated a one-to-one correlation of structure and function between 40 aspects of Vedic literature and 40 parts of human physiology. [20] [21] He also said he discovered similarities between the astrological influence of the planets and parts of the human brain. This body of work is reported to have been "derived from" the Maharishi's ideas and Nader's own training in brain physiology. In May 1995, Nader was a keynote speaker at Maharishi University of Management and presented his "recent discovery of how Natural Law manages the physiology and the application of this knowledge to prevent and eliminate problems." [22] The book has been described as an attempt at documenting the scientific basis of the Maharishi's "interpretation of Advaita Vedanta and thus the Vedas … by relating neuroanatomy and neurophysiology to Vedic astrology and philosophy". [11]

According to a press release, Nader was recognized for his "scientific discovery" in 1998, when he was awarded his weight in gold by Maharishi Vedic University of Holland, "with the support of the Maharishi Global Development Fund". The gold was reportedly given to Nader as a scientific award to support his continued research. [6] [23]

Nader performed the first research on Maharishi Vedic Vibration Technology (MVVT), which aims "to enliven the inner intelligence of the body and restore proper functioning" through the use of Vedic sounds. Nader's studies were conducted in Berlin, Paris, and Valkenburg, testing the effectiveness of one session of MVVT in people with disorders that included arthritis, asthma, and gastrointestinal disorders. [24]

During a four-day Vedic ceremony in October 2000, Nader was honored by Maharishi as Maharaja (great king) Adhiraj Rajaraam and given responsibility for the Global Country of World Peace and, in 2008, became the Maharishi's successor. [2] [25] During these transitions, Nader was reportedly given various titles including "Vishwa Prashasak Raja Raam", "Adhi Raam", and "Raja Nader Raam". [26] [27] [7] [28] In 2002, Nader was invited by the mayor of Maharishi Vedic City to take residence at The Mansion Hotel, which serves as the capital of the conceptual Global Country of World Peace. [29] In 2008, a spokesman said Nader would reign in silence and communicate through his governing council. [30]

Nader published his second book, called Ramayan In Human Physiology in 2011, documenting the correlation between the characters, relationships, locations, and events of the Valmiki Ramayana with the structures and functions of human physiology. [2] [3] [9] [31] Nader says that his study does not conclude that the Ramayana belongs to any one religion or race or belief system. Rather, the Ramayana is the story of Natural Law and how it unfolds in every individual and the universe. [2] In 2012, Nader was the keynote speaker on a tour of 10 cities in North American, entitled "A New Paradigm: Veda, Consciousness, the Ramayana, and the Self". His presentation in Chicago to 650 Indian Americans received a standing ovation. [2] During the tour, Nader gave presentations on “Embodying Totality” and “Introductory Seminar on the Ramayan in Human Physiology". [3]

Nader in his book, Human Physiology-expression of Veda and the Vedic Literature, postulated that the physical and material are aspects of Consciousness rather than Consciousness being an epiphenomenon of physical matter or a product of the brain and the nervous system. [32] During his 2014 course, Hacking Consciousness, at Stanford University, he presented its mathematical framework. [33] Subsequently, he describes with further mathematical detail his postulate that multiplicity including all matter arises from a primordial singularity of Consciousness through the spontaneous phenomenon of Consciousness actually exercising its basic nature of being conscious and thus knowing itself. [32]

John Samuel Hagelin is the leader of the Transcendental Meditation (TM) movement in the United States. He is president of the Maharishi University of Management (MUM) in Fairfield, Iowa, and honorary chair of its board of trustees. The university was established in 1973 by the TM movement's founder, Maharishi Mahesh Yogi, to deliver a "consciousness-based education".

Transcendental Meditation (TM) refers to a specific form of silent meditation and the organizations that constitute the Transcendental Meditation movement. Maharishi Mahesh Yogi created and introduced the TM technique and TM movement in India in the mid-1950s. Advocates of TM claim that the technique promotes a state of relaxed awareness, stress relief, creativity, and efficiency, as well as physiological benefits such as reducing the risk of heart disease and high blood pressure. The technique is also purported to allow practitioners to experience higher states of consciousness.

Bharadwaja, also referred to as Guru or Bharadvaja, Bṛhaspatya, was one of the revered Vedic sages (maharishi) in Ancient India. He was a renowned scholar, economist, and physician. His contributions to ancient Indian literature, specifically the Puranas and Rig Veda, provide significant insight into ancient Indian society. He and his family of students are considered the authors of the sixth book of the Rigveda. Bharadwaja was the father of the teacher (Guru) Droṇācārya, a main character in the Mahabharata and instructor to Pandava and Kaurava princes. He was the grandfather of Aśvatthāma, a legendary warrior in Mahabharata. Both Droncharya and Ashwatthama fought in different battles of Mahabharata alongside the Kauravas. Bharadwaja is also mentioned in Charaka Samhita, an authoritative ancient Indian medical text.

Maharishi Mahesh Yogi was an Indian guru, known for developing the Transcendental Meditation technique and for being the leader and guru of a worldwide organization that has been characterized in multiple ways including as a new religious movement and as non-religious. He became known as Maharishi and Yogi as an adult.

Maharishi International University (MIU), formerly Maharishi University of Management, is a private university in Fairfield, Iowa. It was founded in 1973 by Maharishi Mahesh Yogi and features a "consciousness-based education" system that includes the practice of the Transcendental Meditation technique. Its founding principles include the development of the full potential of the individual, fulfilling economic aspirations while maximizing proper use of the environment and bringing spiritual fulfillment and happiness to humanity.

Maharishi Vedic Approach to Health (MVAH) is a form of alternative medicine founded in the mid-1980s by Maharishi Mahesh Yogi, who developed the Transcendental Meditation technique (TM). Distinct from traditional ayurveda, it emphasizes the role of consciousness, and gives importance to positive emotions. Maharishi Ayur-Veda has been variously characterized as emerging from, and consistently reflecting, the Advaita Vedanta school of Hindu philosophy, representing the entirety of the ayurvedic tradition. 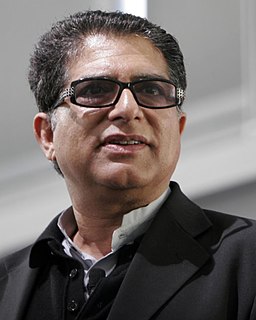 Swami Brahmananda Saraswati, also known as Guru Dev, was the Shankaracharya of the Jyotir Math monastery in India. Born into a Brahmin family, he left home at the age of nine in search of a spiritual master. At age fourteen he became a disciple of Svāmī Kṛṣṇānanda Sarasvatī. At the age of 34, he was initiated into the order of Sannyas and became the Śaṅkarācārya of Jyotir Math in 1941 at age 70. His disciples included Swami Shantanand Saraswati, Transcendental Meditation founder Maharishi Mahesh Yogi, Svāmī Swarūpānanda Sarasvatī and Swami Karpatri. According to the partisans of Shantānand Saraswati, Brahmānanda made a will five months before his death in 1953, naming Shantānand as his successor. 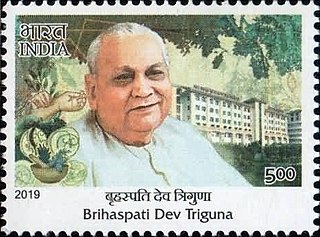 Brihaspati Dev Triguna (1920–2013) was a Vaidya or Ayurveda practitioner and an expert in Pulse diagnosis . He completed his formal ayurvedic studies under the guidance of Rajvaidya Pandit Gokul Chand ji in his Gurukul from Ludhiana. 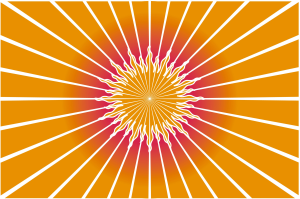 The Global Country of World Peace (GCWP) is a non-profit organization that claims to promote Transcendental Meditation, education, and the construction of "buildings for peace" in the world's major cities. Inaugurated by Maharishi Mahesh Yogi, the founder of Transcendental Meditation, on October 7, 2000, the GCWP was originally conceived as "a country without borders for peace-loving people everywhere." It has issued a currency called the "Raam," and its leader is neurologist Tony Nader.

Nancy Lonsdorf is an American author and medical doctor who practices Maharishi Ayurveda. She received her training at Johns Hopkins School of Medicine and studied Ayurveda in Europe and India, and is the author of several books on the subject.

The Transcendental Meditation technique is the technique associated with the practice of Transcendental Meditation developed by Indian spiritual figure Maharishi Mahesh Yogi. The meditation practice involves the use of a private mantra and is practiced for 20 minutes twice per day while sitting comfortably with one's eyes closed. Unlike some other approaches to meditation, TM instruction encourages students not to be alarmed by random thoughts which may arise, but to easily return to the mantra when one becomes aware of this.