Cuthbert Antony (Tony) Norris (9 January 1917 in Cradley, Worcestershire - 25 February 2005 in Worcester) was an English ornithologist. He was a member of the RSPB's council in the 1950s and 1960s, chairing its finance and general purposes committee. During that time, he persuaded the organisation to move from London to its current headquarters at The Lodge, Sandy, Bedfordshire. Using his own money to facilitate the transaction he was, for one day, owner of the Lodge.

In December 1958 he presented a talk on the BBC Home Service, In Search of Prunella, about the alpine accentor (Prunella collaris). [1]

In 1940, he married Cicely Hurcomb, daughter of Lord Hurcomb, and they had two daughters. He ran a garden nursery and specialised in growing South African nerine lilies, for which he was awarded an RHS gold medal. Cicely died in 1976 and in 1985 Norris bred a Nerine 'Cicely Norris', named in her honour [2] [3]

He was a personal friend of Peter Scott and assisted him in setting up the Wildfowl and Wetlands Trust.

The West Midland Bird Club is the UK's largest regional ornithological society. It has been serving birdwatchers and ornithologists in the four English counties of Staffordshire, Warwickshire, Worcestershire and the Metropolitan West Midlands, with lectures, field trips, research, a bulletin and an annual report, since 1929. It is a registered charity in England and Wales, number 213311. 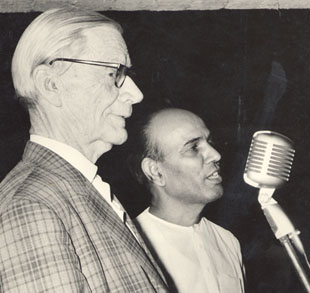 Bardsey Bird and Field Observatory is a bird observatory on Bardsey Island, off the Welsh coast. 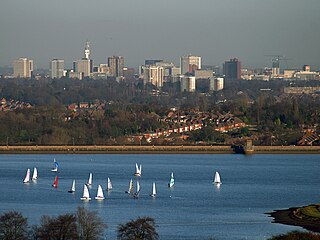 Robert 'Rob' Hume is an English ornithologist, author and journalist specialising in avian and natural history subjects. From Spring 1989, until Summer 2009, he was editor of the RSPB's award-winning Birds magazine, having previously edited the young people's award-winning version, Bird Life, at the RSPB's headquarters, The Lodge.

Colin Joseph Bibby was a British ornithologist and conservationist.

The Bittell Reservoirs are located in Worcestershire between Barnt Green to the south and the Birmingham district of Longbridge to the north. They consist of the Upper and Lower reservoir. They were built to feed the Worcester and Birmingham Canal, which was finished in the 1790s, however, the reservoir was not completed until 1837. The 'Upper' reservoir is to ensure that the level of the canal is kept sufficiently high, even in times of drought. The 'Lower' reservoir(s) are compensatory reservoirs to ensure that the local area does not become parched in dry times.

Brookvale Park Lake is a former drinking water reservoir in the Erdington area of Birmingham, England.

Nerine is a genus of flowering plants belonging to the family Amaryllidaceae, subfamily Amaryllidoideae. They are bulbous perennials, some evergreen, associated with rocky and arid habitats. They bear spherical umbels of lily-like flowers in shades from white through pink to crimson. In the case of deciduous species, the flowers may appear on naked stems before the leaves develop. Native to South Africa, there are about 20–30 species in the genus. Though described as lilies, they are not significantly related to the true lilies (Liliaceae), but more closely resemble their relatives, Amaryllis and Lycoris. The genus was established by the Revd. William Herbert in 1820.

Brett Westwood is a radio presenter and author, specialising in natural history. He regularly presents episodes of BBC Radio 4's series The Living World and Nature, as well as his own short series, several of which are available from the BBC website. He is a co-presenter with Philippa Forrester of World on the Move, a BBC Radio 4 series that started in 2008 on migration in the animal kingdom. He is active in the West Midland Bird Club, Worcestershire Wildlife Trust, and for the Worcestershire Biological Records Centre, which all cover the area around his home town of Stourbridge.

Alan R. Dean is a British ornithologist with a special interest in gulls and warblers. He lives in Solihull, West Midlands.

Grimley is a village and civil parish in the Malvern Hills District in the county of Worcestershire, England about 3 miles (4.8 km) north of Worcester. 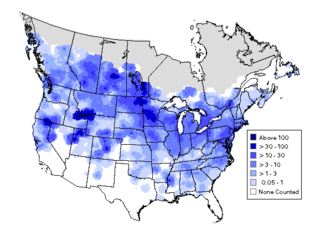 A bird atlas is an ornithological work that attempts to provide information on the distribution, abundance, long-term change as well as seasonal patterns of bird occurrence and make extensive use of maps. They often involve a large numbers of volunteers to cover a wide geographic area and the methods used are standardized so that the studies can be continued in the future and the results remain comparable. In some cases the species covered may be restricted to those that breed or are resident. Migration atlases on the other hand cover migratory birds depict maps showing summaries of ringing and recoveries. 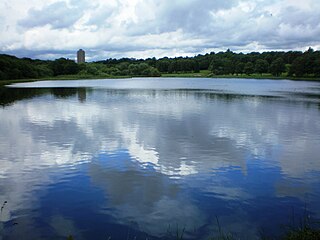 Edgbaston Pool is a Site of Special Scientific Interest located in Edgbaston, Birmingham, England. It is one of 23 SSSI's in the West Midlands. The site has two distinct units (areas) within it. The first is water-related and contains the 7 hectares lake and the input channel of the Chad Brook as well as some land that is either marsh or lake depending on the season. The second, the smaller section is woodland. In total the site measures 15.93 hectares.

Clayhanger Marsh is a 23.8 hectare biological site of Special Scientific Interest in the West Midlands. The site was notified in 1986 under the Wildlife and Countryside Act 1981. It is located to the north of Walsall.

Middleton Lakes RSPB reserve is a 160 hectares nature reserve, formally opened on 19 May 2011, created and run by the Royal Society for the Protection of Birds at Middleton, Warwickshire, England, just south of Tamworth. The Northern part of the reserve lies in Staffordshire, yet the reserve is only a few minutes from the outskirts of Birmingham.

Michael Warren is an English artist, known for painting birds. He has designed several series of commemorative postage stamps and book jackets, as well as publishing books of his own work. His works have also featured on the cover of the RSPB's Birds magazine. He is a member of the Society of Wildlife Artists and the Artists for Nature Foundation.