Tony Ray (Hebrew : טוני ריי‎; born in Kingston, Jamaica) is a Jamaican-Israeli musician. He is most noted as being the pioneer of Reggae in Israel as he released I Feel Like Reggae in 1981 which was the first full-length reggae album in the country. [2] [3]

In 1963 Tony Ray moved with his family to Bristol and there he started to be involved with music. His first band was The Lurks, he played the bass and was the vocalist of the band. Later on he played with The Cocktails and toured in Europe and the Middle East.[ citation needed ]

In 1970 he relocated to Tel Aviv after a tour in Israel with The Cocktails. In 1981 he released his debut album which had songs both in English and Hebrew, the album received medium success. [4] Since then he has released seven more albums [5] and in 1998 he opened the Rasta Club in Tel Aviv, which is one of the only clubs in Israel dedicated for Reggae music.[ citation needed ]

In 1986 Ray and his band had a brief appearance in the film Alex Holeh Ahavah . He also was a musical guest on the sketch comedy TV series Zehu Ze! . [6] [7] Tony had a small role in an episode at the third season of Shemesh. [8]

Minimal Compact is an Israeli rock band associated with the post-punk and indie rock movement of the 1980s.

Harel Skaat sometimes known by the mononym Harel is an Israeli singer and songwriter. He represented Israel in the Eurovision Song Contest 2010 with the song "Milim". 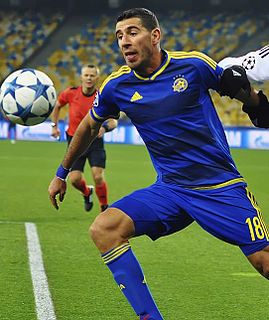 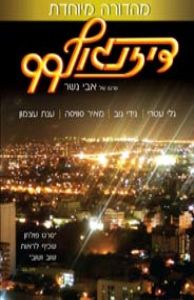 Dizengoff 99 is a 1979 Israeli film starring Gali Atari, Gidi Gov, Meir Suissa, and Anat Atzmon. The film, considered a cult classic, describes the way of life around Dizengoff Street and how it changed over the years. Filmed in Tel Aviv, it was released in Israel and the United States as "Dizengoff 99," and in West Germany as "Three Under the Roof". 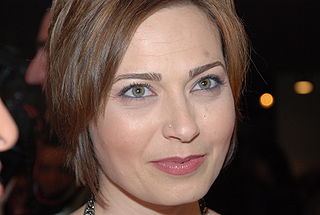 Mīrā Anwar ‘Awaḍ is a Palestinian-Israeli singer, actress, and songwriter. 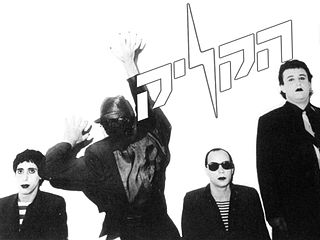 Allan Moon is a Canadian / Israeli artist, poet, singer-songwriter and producer. Moon was born in Toronto, Ontario, Canada and grew up in the Upper West Side of New York City. In 1992, Moon emigrated to Tel Aviv, Israel. He currently lives in the north Galilee region of Israel.

Geva Alon is an Israeli blues/folk/rock musician and singer-songwriter.

Shraga Topolansky is an Israeli former footballer who played in Maccabi Netanya, Beitar Tel Aviv and in the National Soccer League and the Victorian Premier League in Australia, today he works as a manager with Beitar Hadera being the last team he managed.

Omer Adam is an American-Israeli singer whose music fuses elements of eastern "Mizrahi" and Western pop instrumentation. In 2009, he participated in the seventh season of Kokhav Nolad, a popular Idol series show in Israel, but was disqualified because of his age at the time of application.

The Israeli Female Basketball Premier League or Ligat ha'Al, is a women's professional basketball league in Israel. It is currently composed of eleven teams.

Hammercult is an Israeli based thrash metal band, founded in 2010. The band, which is highly regarded as the leading extreme metal band of the Israeli metal movement in the 2000s.

SHIM is an independent Israeli singer-songwriter, musician and artist which has been internationally and domestically active since 2008.

Avi Kornick is an Israeli actor and is famous as a protagonist of the Israeli television series Split and HaShminiya.

Yedidia Vital is an Israeli actor. Known for portraying the protagonist of the Israeli television series Split and HaShminiya.

Tamar Eisenman is a blues-folk-rock guitarist, singer songwriter and producer, born in Jerusalem.

Ron Nesher, known by his stage name SkyDaMac or Sky, is an Israeli rapper, songwriter and composer.