Other hits written by Romeo include "Oh Boy (The Mood I'm In)" by both Diana Trask and Brotherhood of Man; "Walking in the Sand," sung by Al Martino, which reached No. 9 on the Adult Contemporary charts in 1970; [3] "Indian Lake" for The Cowsills; [3] [4] and "I'm Gonna Make You Mine" by Lou Christie. [5] [6] He wrote songs for The Seekers, The Everly Brothers, Richard Harris [7] and David Cassidy [8] among others. [9] His songs were used in such movies as Rain Man (1988) and Gaby: A True Story (1987). [10] and the TV program The Debbie Reynolds Show (1969–1970). [11] Through colleague Wes Farrell's Pocket Full of Tunes songwriting agency, Romeo additionally created commercial jingles to advertise such products as Breck shampoo, Coty cosmetics' fragrance Muguet de Bois, Pall Mall cigarettes, and Scripto lighters. [12]

Off and on, during the 1960s and 1970s, he attempted to make a name for himself as a singer and recorded solo singles "My Ol' Gin Buddy and Me"/"Mr. Hunkachunk" for Columbia Records in 1966 and "Go Johnny Go"/ "Doctor Recommended Me a Potion" in 1977 for Lifesong Records. Overall, over 150 of his songs were recorded, [13] in addition to working as a record producer. In 1970, he wrote music and lyrics for a musical-theater version of A Dog of Flanders .[ citation needed ] He also produced the duo, Good & Plenty [2] (cf. Good & Plenty candy). He also wrote and produced the MGM album The Trout on which he performed along with his brother Frank Romeo and Cass Morgan, and the unreleased solo album Moonwagon.

Romeo wrote nine platinum records. [14] His most successful song, "I Think I Love You," was released in November 1970, by Bell Records, the first single released by The Partridge Family. The song hit number one on the U.S. Billboard Pop Singles chart for three weeks: November 15 – December 5, 1970 [15]

During the last fifteen years of his life, Romeo was a resident of Pleasant Valley. [16] He died at home at the age 56 on June 23, 1995. His death was attributed to a heart attack. [1] [2] Romeo was survived by his mother Irene Romeo Perrelle of Watervliet, and his brother Frank Romeo of Watervliet. [17] 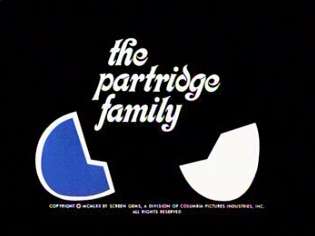 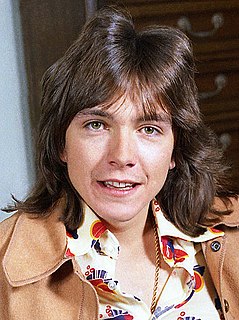 David Bruce Cassidy was an American actor, singer, songwriter, and guitarist. He was best known for his role as Keith Partridge, the son of Shirley Partridge, in the 1970s musical-sitcom The Partridge Family. This role catapulted Cassidy to teen idol status as a superstar pop singer of the 1970s. 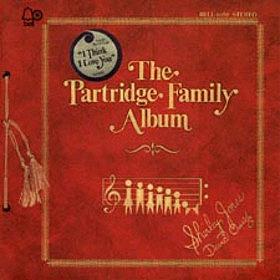 The Partridge Family Album is the first of eight studio albums by The Partridge Family. The LP was released in October 1970, a month after the debut of the ABC-TV musical sitcom The Partridge Family starring Shirley Jones and featuring David Cassidy, both of whom feature on the album, as do studio backing vocalists and session musicians. The success of the album – which in early January 1971 reached no. 4 on Billboard's Top LP's chart – was bolstered not only by the hit TV show but by the album's one single release, the massive hit "I Think I Love You", which for three weeks in November and December 1970 topped Billboard's Hot 100 and which NARM declared best-selling single of 1970. 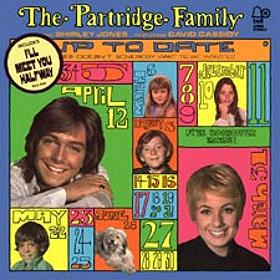 Up to Date is the second studio album by The Partridge Family. Released in February 1971, just four months after the group's debut LP, the album entered Billboard's Top LP's chart in early April, having been certified gold on 25 March 1971. In its fourth week on the Top 200, the album improved on its predecessor, reaching no. 3 behind Janis Joplin's Pearl and Jesus Christ Superstar. 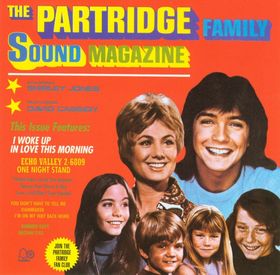 The Partridge Family Sound Magazine is the third studio album by TV-linked pop project The Partridge Family. Released in August 1971 ahead of the start of the second season of the US TV series, it was their third hit album in ten months. In late September 1971, in its fifth week on Billboard's Top LP's chart, the album reached its no. 9 chart peak. In that same week the album's one hit single release, "I Woke Up In Love This Morning", peaked at no. 13 on Billboard's Hot 100. The LP was certified gold that same month. Sound Magazine is near-universally regarded – by both fans and critics – as the Partridge Family's consummate pop album. 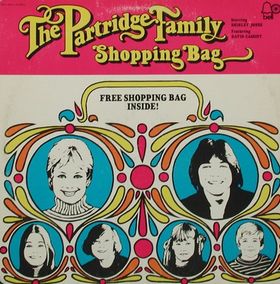 Shopping Bag is the fifth studio album by TV-linked pop project The Partridge Family. Released in March 1972, just as the second season of the TV series was finishing in North America, the album entered Billboard's Top LP's chart in late March, peaking at no. 18 in late April. The album remained in the Top 200 for 17 weeks and was certified gold. The vinyl release of the album contained a novelty plastic shopping bag. 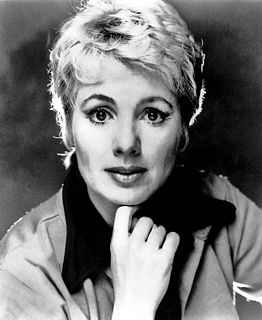 Shirley Mae Jones is an American actress and singer. In her six decades in show business, she has starred as wholesome characters in a number of musical films, such as Oklahoma! (1955), Carousel (1956), and The Music Man (1962). She won the Academy Award for Best Supporting Actress for playing a vengeful prostitute in Elmer Gantry (1960). She played the lead role of Shirley Partridge, the widowed mother of five children, in the musical situation-comedy television series The Partridge Family (1970–1974), which co-starred her real-life stepson, David Cassidy, son of Jack Cassidy.

The Cowsills are an American singing group from Newport, Rhode Island, six siblings noted for performing professionally and singing harmonies at an early age, later with their mother.

Cherish is the debut solo album by American singer David Cassidy, produced by Wes Farrell and released by Bell Records in early 1972.

Old Trick New Dog is a 1998 album from David Cassidy on his own Slamajama Records label. In addition to new songs, it also features several remakes of songs from The Partridge Family. The single lifted from the album – No Bridge I Wouldn't Cross – was an Adult Contemporary Top 25 hit in the USA. The track You Were The One was co-written by David Cassidy and Tony Romeo who wrote many of the most popular songs for Cassidy and The Partridge Family in the 1970s, including I Think I Love You, Summer Days, I Am A Clown and Sing Me.

Wes Farrell was an American musician, songwriter and record producer, who was most active in the 1960s and 1970s.

"Oh Boy " is a popular song written by Tony Romeo. It has been recorded by Diana Trask and Brotherhood of Man, among others. The song is about a woman whose partner/husband is no longer with her and she sadly walks the streets in an attempt to find him. Tony Romeo who wrote the song is best known for his 1970 hit "I Think I Love You" by The Partridge Family, which became a US No.1.

"Indian Lake" is a song with music and lyrics written by Tony Romeo. The song was recorded by the pop band The Cowsills, and included on their 1968 album Captain Sad and His Ship of Fools. Released as a single, the song reached No. 10 on the Billboard Hot 100, while reaching No. 6 on the Cash Box Top 100, and No. 3 on Canada's RPM 100. The song was ranked as the No. 51 Single of 1968 by Cashbox magazine in its year-ending December 28, 1968 issue. The single eventually sold over 1 million copies, and was later licensed for use in commercials for the Dodge Charger. 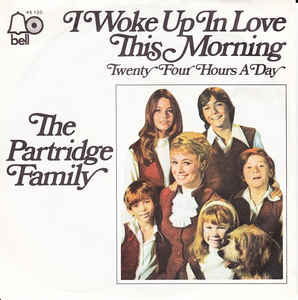 "It's One of Those Nights " is a song written by Tony Romeo and was recorded by The Partridge Family for their 1972 album, Shopping Bag. The song went to number 2 on the Adult Contemporary chart and reached number 20 on The Billboard Hot 100 in 1972.

The discography of David Cassidy, an American pop artist, consists of twelve studio albums, three live albums, six compilation albums, three soundtrack albums and twenty-four singles. David Cassidy started recording albums in 1970. His career is most notable for his solo music and his recordings with the Partridge Family.

Greatest Hits is a compilation album by David Cassidy, initially released in 1974 by Bell Records.

"Summer Days" is a song written by Tony Romeo. The song was originally recorded in 1971 by The Partridge Family on their Sound Magazine album, but was not released as a single.