He was born in Epsom, Surrey, England. [3] According to Carl Wayne, the Move's vocalist, Secunda's business acumen and flair for publicity were a major factor in the group's success. "He dreamed up all the ideas, the stunts and the clothing – sending Blackberry pies with bottles of champagne for "Blackberry Way", doing a photo session at the fire station in Birmingham for "Fire Brigade" – and of course the Harold Wilson affair!" [5]

The latter referred to Secunda's most controversial stunt, in which a cartoon postcard promoting the group's 1967 single, "Flowers in the Rain", featured a libellous drawing of Wilson, then Prime Minister. The group and management were sued, lost the case, and as part of the settlement had to relinquish all royalties in respect of the record to a charity of Wilson's choice – a ruling which they tried unsuccessfully to overturn after Wilson's death in 1995. [6] The Move were unnerved by the experience, and fired Secunda as their manager shortly afterwards. [3]

In 1969 Secunda helped organize and finance the band Balls with Trevor Burton (formerly of the Move) and singer Denny Laine from the Moody Blues. The group was not very successful. [3]

In 1971, he became manager of T. Rex and helped Marc Bolan to set up his own record label, T. Rex Wax Co, through EMI. [3] After parting company with Bolan, he managed Steve Peregrin Took, Bolan's former musical partner, [7] Steeleye Span, Motörhead, and Marianne Faithfull; the latter a short run experience which ended with a cash pay-off, after Faithfull decided his management style was not suited to her needs. [3] Secunda discovered Chrissie Hynde and placed her on a retainer, so she could leave her day job and concentrate on writing music.

In the mid 1980s, Secunda moved to San Anselmo, California, where he remained active in music publishing and promotion, and developed an interest in the ecology and green issues. [3] He started a literary agency in Tiburon, California, publishing the biographies of bands and musicians, where he died of a heart attack on 12 February 1995, at the age of 54. [2] 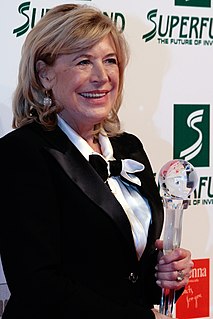 Marianne Evelyn Gabriel Faithfull is an English singer, songwriter, and actress. She achieved popularity in the 1960s with the release of her hit single "As Tears Go By" and became one of the lead female artists during the British Invasion in the United States.

Marc Bolan was an English singer-songwriter, musician, record producer, and poet. He is known as one of the pioneers of the glam rock movement of the early 1970s with his band T. Rex.

Gloria Richetta Jones is an American singer and songwriter from Cincinnati, Ohio, who first found success in the United Kingdom, being recognized there as "The Queen of Northern Soul". She recorded the 1965 hit song "Tainted Love", and has worked in multiple genres as a Motown songwriter and recording artist, a prolific backup singer, and as a performer in musicals such as Hair. In the 1970s, she was a keyboardist and vocalist in Marc Bolan's glam rock band T. Rex. She and Bolan were also in a committed romantic relationship and have a son together. 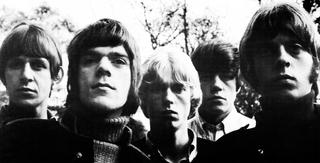 The Move were a British rock band of the late 1960s and the early 1970s. They scored nine Top 20 UK singles in five years, but were among the most popular British bands not to find any real success in the United States. Although bassist-vocalist Chris "Ace" Kefford was the original leader, for most of their career the Move was led by guitarist, singer and songwriter Roy Wood. He wrote all the group's UK singles and, from 1968, also sang lead vocals on many songs, although Carl Wayne was the main lead singer up to 1970. Initially, the band had four main vocalists who split the lead vocals on a number of their earlier songs.

Steve Peregrin Took was an English musician and songwriter. He is best known for his membership of the duo Tyrannosaurus Rex with Marc Bolan. After breaking with Bolan, he concentrated on his own singer-songwriting activities, variously as a solo artist or as a frontman for several bands. 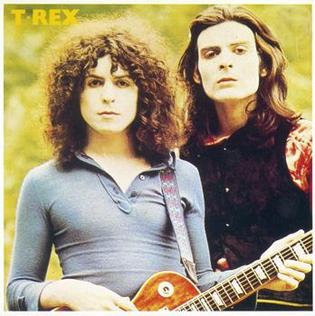 T. Rex is a 1970 album by Marc Bolan's band T. Rex, the fifth since their debut as Tyrannosaurus Rex in 1968, and the first under the name T. Rex. It was released on 18 December by record labels Fly and Reprise. The album continued the shift begun by its predecessor from the band's previous folk style to a minimal rock sound, and was still a balance of electric and acoustic material.

Gerald Lincoln "Gerry" Bron was an English record producer and band manager. In his early days, he managed the Bonzo Dog Doo-Dah Band.

Move is the eponymous debut album by British rock group the Move, released in April 1968 through Regal Zonophone Records. The album features ten Roy Wood compositions, along with three covers which had been a prominent part of the group's live act. The album was sporadically recorded between January 1967 and February 1968 at Advision, De Lane Lea and Olympic Studios in London during gaps in their tight recording schedule when the group wasn't booked for any performances. 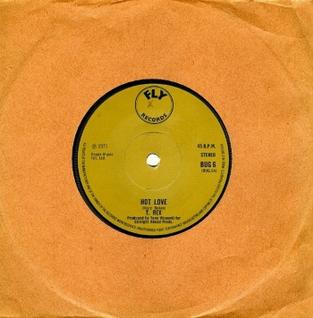 "Hot Love" is a song by English glam rock act T. Rex, released as a standalone single on 12 February 1971 by record label Fly. It was the group's first number one placing on the UK Singles Chart, where it remained at the top for six weeks beginning on 20 March 1971. 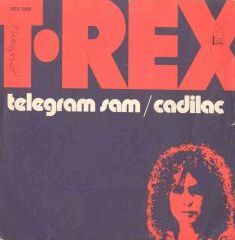 "Telegram Sam" is a song written by Marc Bolan for the British rock group T. Rex, appearing on their 1972 album The Slider. The song was their third UK number one single, remaining at the top of the charts for two weeks before being knocked off the top by "Son of My Father" by Chicory Tip. 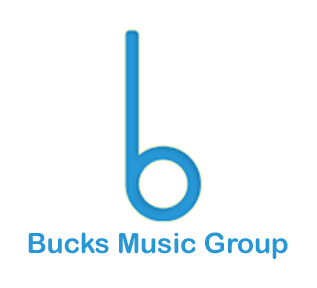 Bucks Music Group, founded in 1967, is an independent, international music publisher. The company has worked with many music artists, including Black Sabbath, David Bowie, The Move, Procol Harum, The Rolling Stones, and T. Rex.

Fly Records is a British independent record label, established in 1970 by the independent music publisher David Platz, and initially managed by Malcolm Jones from the offices of Essex Music in London.

"Cherry Blossom Clinic" is a song by British rock band The Move, written by their guitarist Roy Wood and released on their debut album Move in April 1968. Although initially intended for single release following their number two hit "Flowers in the Rain", it was cancelled following a controversy involving prime minister Harold Wilson. The song was later revisited and re-recorded by The Move and, under the title "Cherry Blossom Clinic Revisited", was included on their second album Shazam in 1970. 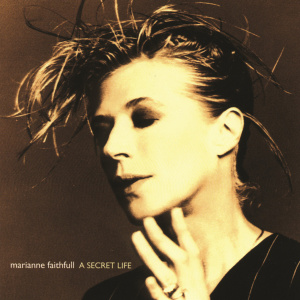 A Secret Life is the twelfth studio album by English singer Marianne Faithfull. It was released on 21 March 1995 by Island Records. The album marked her first studio release composed mostly of original material in over a decade. Faithfull collaborated with American composer Angelo Badalamenti after his work on the television series Twin Peaks. Influenced by her interest in classical music, A Secret Life was a musical departure from her previous work and displayed a more tender side to her voice.

T. Rex were an English rock band, formed in 1967 by singer-songwriter and guitarist Marc Bolan. The band was initially called Tyrannosaurus Rex, and released four psychedelic folk albums under this name. In 1969, Bolan began to change the band's style towards electric rock, and shortened their name to T. Rex the following year. This development culminated in 1970 with the song "Ride a White Swan", and the group soon became pioneers of the glam rock movement.