Selby was born in Lambeth, London, the son of Annie Elizabeth (Weaver), a waitress, and Samuel Joseph Selby, a cab driver. [1] After training at the Italia Conti Stage School, he made his adult stage debut in 1956. [2] His theatre work includes the original production of Edward Bond's controversial play Saved at the Royal Court Theatre in 1965. [3] [4] He has appeared in many television programmes including a starring role in RAF National Service comedy Get Some In! , [5] and a recurring role in the BBC science fiction television series Doctor Who as the intergalactic conman Sabalom Glitz. [5]

In 1965 he appeared as a convict under sentence of death in the BBC television drama Three Clear Sundays, directed by Ken Loach. [6]

He had one of his earliest film acting roles in The Early Bird (1965), Alfie (1966), starring Academy award-winner Michael Caine, and his other film appearances include Press for Time (1966), Poor Cow (1967), Witchfinder General (1968), Before Winter Comes (1969), In Search of Gregory (1969), Villain (1971), Nobody Ordered Love (1972), and Adolf Hitler: My Part in his Downfall (1973). [7] In 1971-2 he played magician's assistant Sam Maxstead in children's supernatural TV series Ace of Wands and had a brief 1972 appearance as a jealous fiancé in Public Eye . [8] [9] He appeared in the 1970s series Callan . [10] Other notable television appearances included The Avengers as a villainous car mechanic, Bless This House as a depressed burglar, and as Boozy in the all-star Eric Sykes comedy If You Go Down in the Woods Today (1981). [11] [12] He appeared in three episodes of the critically acclaimed drama series Minder , twice playing Jack, the minder of gangster's wife Rose Mellors. [11] [13] In the early 1990s he played chauffeur to Adam Faith's character in the drama series Love Hurts ; he also played Clive Mitchell in BBC's soap opera EastEnders in 2002. [14] [15]

Selby appeared in the third episode of The Good Life (known as Good Neighbors in the US), as a rag-and-bone man who sold the Goods an old wood stove and brought them a cat. [16]

In the United States, Selby had an uncredited role as a hood in the first Superman motion picture.

Selby played Susan Harper's long-lost father Arthur in the BBC comedy My Family , in the episode "A Decent Proposal", first broadcast on 12 August 2011. [17]

He appeared in the television series New Tricks as Danny Paye, an East end loan shark in the 2009 episode Meat is Murder. 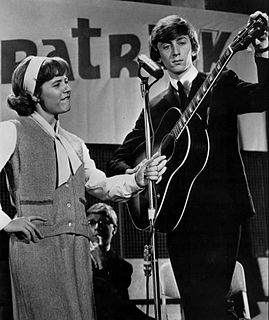 Derek Royle was a British actor born in London, England. He graduated from RADA in 1950. His face was probably better known than his name to British viewers, but he acted in films and TV from the early 1960s until his death. He had a supporting role in the Beatles' film Magical Mystery Tour in 1967, as well as a minor one with Cilla Black in the film Work Is a Four-Letter Word a year later. 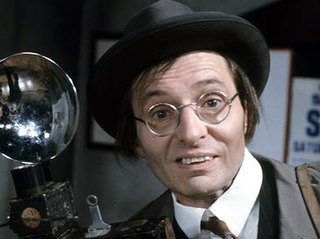 John Talfryn Thomas was a Welsh character actor, best known for supporting roles on television in the 1970s, including those of Private Cheeseman in Dad's Army (1973–1974) and Tom Price in Survivors (1975), while Thomas also appeared with Jon Pertwee in two Doctor Who serials. 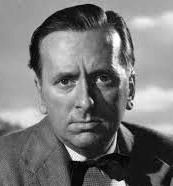 Hugh Lewis Lloyd, MBE was an English actor who made his name in television and film comedy from the 1960s to the 1980s. He was best known for appearances in Hugh and I and other sitcoms of the 1960s.

David Ross is an English actor who has worked in theatre, cinema and television. His best-known roles include playing the first Kryten and the second Talkie Toaster in science-fiction comedy Red Dwarf, Elgin Sparrowhawk in the BBC One sitcom The Green Green Grass, and as Mr. Sedley in a 1998 serial adaptation of William Makepeace Thackeray's novel Vanity Fair.

Nicola Mary Pagett Scott, known professionally as Nicola Pagett, was a British actress. She is known for her role as Elizabeth Bellamy in the 1970s TV drama series Upstairs, Downstairs (1971–73). Her film appearances include Anne of the Thousand Days (1969), Operation Daybreak (1975), and An Awfully Big Adventure (1995). 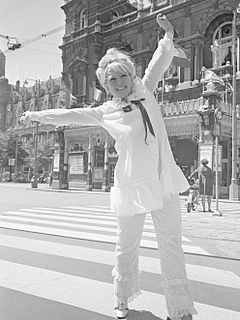 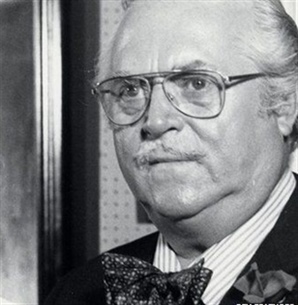 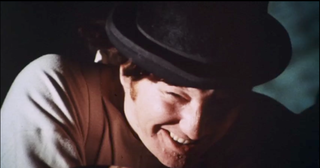 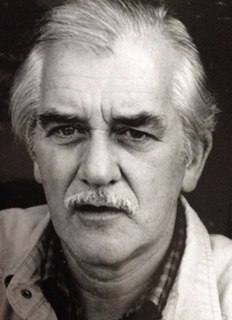 Colin Campbell was an English actor.