Anthony Joseph Shryane MBE (20 January 1919 – 22 September 2003) was a long-serving producer of radio programmes for the BBC. He was born in Harborne, Birmingham.

He was the first producer of The Archers , in which capacity he served for 28 years until his retirement in 1979. He also produced several popular panel games devised with Edward J. Mason, including Guilty Party, My Word! , and My Music .

In 1961, he was appointed MBE for services to broadcasting.

He continued working for the BBC on a freelance basis after his official retirement, finally retiring for good in 1984 after fifty years of service.

Charles Chilton MBE was a BBC radio presenter, a writer and a producer. Born in Bloomsbury in London, England, he never knew his father – who was killed during the First World War – and when he was six his mother died as a result of having a botched abortion, with the result that Chilton was brought up by his grandmother. He was educated at St. Pancras Church of England School.

My Word! was a radio panel game broadcast by the BBC on the Home Service (1956–67) and Radio 4 (1967–88). It was created by Edward J. Mason and Tony Shryane, and featured comic writers Denis Norden and Frank Muir, famous in Britain for the series Take It From Here. The show was piloted in June 1956 on the Midland Home Service and first broadcast as a series on the BBC Home Service on 1 January 1957. The series also ran on BBC Television for one series from July-September 1960.

My Music was a radio panel show which premiered on the BBC Home Service on 3 January 1967. It was a companion programme to My Word!, and like that show featured comic writers Denis Norden and Frank Muir. The show was last recorded in November 1993 and broadcast in January 1994, then rebroadcast until 2011. It was also broadcast via the BBC World Service. There was also a television version on BBC2 which ran for seven series between 1977 and 1983. 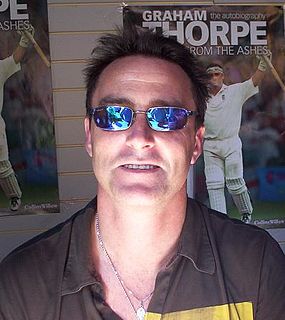 Graham Paul Thorpe, is a former English cricketer who played for England internationally and Surrey domestically. A left-handed middle-order batsman and slip fielder, he appeared in exactly 100 Test matches.

Betty Gleadle, known by the stage name Liz Smith, was an English character actress, known for her roles in BBC sitcoms, including as Annie Brandon in I Didn't Know You Cared (1975–79), the sisters Bette and Belle in 2point4 Children (1991–99), Letitia Cropley in The Vicar of Dibley (1994–96) and Norma Speakman ("Nana") in The Royle Family (1998–2006). She also played Zillah in Lark Rise to Candleford (2008) and won the BAFTA Award for Best Actress in a Supporting Role for the 1984 film A Private Function. 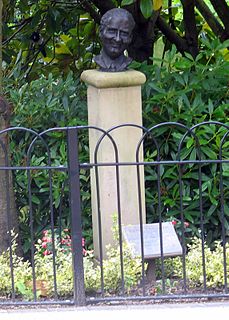 Percy John Thrower was a British gardener, horticulturist, broadcaster and writer born at Horwood House in the village of Little Horwood, Buckinghamshire.

Philip Neville French OBE was an English film critic and radio producer. French began his career in journalism in the late 1950s, before eventually becoming a BBC Radio producer, and later a film critic. He began writing for The Observer in 1963, and continued to write criticism regularly there until his retirement in 2013.

Bob Friend, MBE was one of the original news anchors for the Sky News channel from its launch in 1989 until his retirement in late 2003. 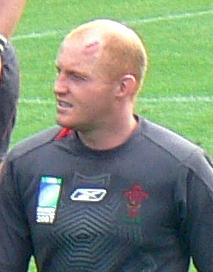 Martyn Elwyn Williams, is a former Wales and British and Irish Lions international rugby union player. A flanker, he was Wales' most-capped forward with 100 caps until surpassed by Gethin Jenkins on 30 November 2013. He remains Wales most capped back row forward.

Robert Dougall, MBE was an English broadcaster and ornithologist, mainly known as a newsreader and announcer.

Brian Munro Barron MBE was a British foreign and war correspondent for BBC News. During a career spanning five decades he reported on many major world events, including the end of British rule in Aden, the Vietnam War, the troubles in Northern Ireland, the 1991 Gulf War and the 2003 Iraq War. He was also the recipient of a Royal Television Society award for Reporter of the Year in 1980, and was presented with an International Reporting Prize for work in Latin America. He was awarded the MBE for his services to broadcasting in 2006.

Chris Gittins MBE was a British character actor who played the role of Walter Gabriel in the long-running BBC radio series The Archers.

Cecil Charles Madden, MBE, was an English pioneer of television production. In 1936 he moved from BBC radio to its experimental television service and was responsible for many programmes until the service was suspended during the Second World War. After the service resumed in 1946 he resumed his television work, and later became a BBC executive until his retirement in 1964.

Richard William Stanton, also known as Rick Stanton, is a British civilian cave diver who specializes in rescues through the Cave Rescue Organisation and the British Cave Rescue Council. He has been called "one of the world's most accomplished cave-divers", "the face of British cave diving," and "the best cave diver in Europe". Stanton has lived in Coventry for many years, and was formerly a firefighter with the West Midlands Fire Service for 25 years prior to his retirement. In 2018 he played a leading role in the Tham Luang cave rescue and was awarded the George Medal in the Civilian Gallantry List.

Neil Carter is a fictional character from the British BBC Radio 4 soap opera, The Archers. The character was introduced in February 1973 by producer Tony Shryane and has gone from a naïve teenager to a pillar of the local community. He has remained on the show for 46 years, making Hewlett one of the longest-serving soap opera actors in the world.