Tony Singh may refer to: 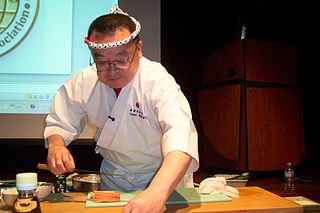 A chef is a trained professional cook and tradesman who is proficient in all aspects of food preparation, often focusing on a particular cuisine. The word "chef" is derived from the term chef de cuisine, the director or head of a kitchen. Chefs can receive formal training from an institution, as well as by apprenticing with an experienced chef. 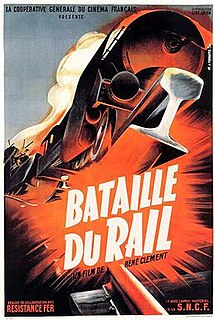 The Battle of the Rails is a 1946 French war film directed by René Clément. It depicts the efforts by railway workers in the French Resistance to sabotage German military transport trains during the Second World War, particularly during the Invasion of Normandy by Allied forces. Many of the cast were genuine railway workers. While critics have often historically treated it as similar to Italian neorealism, it is closer to the traditional documentaries which the director had previously worked on.

The Rathore is a clan of Rajputs found in Northern India and Pakistan. Some of the other groups who claim to be of Rathore origin are Marathas, and Kolis. Alternative spellings include Rathaur or Rathor or Rathur or Rathod or Rathour or Rahtore.

Romacorp Inc., which does business as Tony Roma's, is an American casual dining chain restaurant specializing in baby back ribs. The first location was established by the founder in 1972 in North Miami, Florida. Clint Murchison Jr. purchased a majority stake in the restaurant in 1976, and he and Roma established the jointly owned Roma Corporation. The first international location opened in 1979 in Tokyo, followed by an international expansion with both company-owned stores and franchises. As of 2018, there are over 150 locations on six continents. 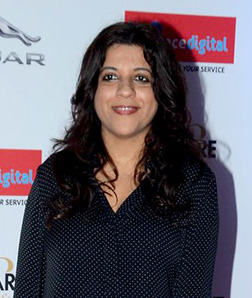 Zoya Akhtar is an Indian film director and screenwriter. After completing a diploma in filmmaking from NYU, she assisted directors such as Mira Nair, Tony Gerber and Dev Benegal, before turning writer-director in her own right. Akhtar is the recipient of several accolades, including two Filmfare Awards.

Hardeep Singh Kohli is a British presenter of Sikh heritage who has appeared on radio and television.

MasterChef is a competitive cooking show produced by Endemol Shine Group in 60 countries around the world. In the UK, it is produced for the BBC. The show initially ran between 1990 and 2001 and was later revived in a different format known as MasterChef Goes Large from 2005 onwards. In 2008, the "Goes Large" part of the name was dropped, but the format remains identical. The revamped format was devised by Franc Roddam and John Silver with Karen Ross producing.

Saturday Kitchen is a British cookery programme, predominantly broadcast on BBC One.

Rajiv Kapoor is an Indian film actor, producer, director and a member of the Kapoor Family.

Mehta is an Indian surname. The word Mehta means "chief", and may be derived from the Sanskrit word mahita. It is found among several Indian communities, including Hindus, Jains, Parsis, and Sikhs. Among Hindus, it is used by a wide range of castes and social groups, including Banias, Brahmins, and Khatris.

Rajinder Tony Singh Kusbia, is a Scottish celebrity chef and restaurateur. He is best known for combining his love of Scottish produce with his arty, eclectic and accessible style of cooking.

Sikhism in Scotland includes all aspects of Sikh life and Sikhism in Scotland. Sikhs have been present in Scotland for over a century, with the first documented Sikh, Maharaja Daleep Singh, arriving in Perthshire in 1855. The next wave of migration was in early-to-mid 1920s when prominent Sikhs of the Bhat/Bhatra community established themselves in Glasgow and Edinburgh. However, the bulk of Sikhs in Scotland come from families who immigrated during the late 20th century. In Scotland Sikhs represent 0.2% of the population (9,055).

Chef is a 2014 American comedy-drama film written, co-produced, directed by, and starring Jon Favreau. Favreau plays a chef who, after a public altercation with a food critic, quits his job at a popular Los Angeles restaurant to operate a food truck with his young son. It co-stars Sofía Vergara, John Leguizamo, Scarlett Johansson, Oliver Platt, Bobby Cannavale and Dustin Hoffman, along with Robert Downey Jr. in a cameo role.

Junior MasterChef Swaad Ke Ustaad is the Indian version of Junior MasterChef. It aired on 17 August 2013 and ended on 2 November 2013. The show aired during weekends on Star Plus. 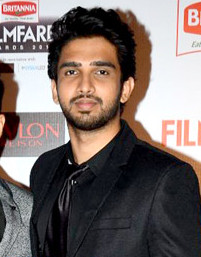 Amaal Mallik is an Indian music director, singer and lyricist in the Hindi film industry hailing from a musical family. He is the grandson of Sardar Malik; he is the son of Daboo Malik and Jyothi Malik; brother of singer Armaan Malik and nephew of music composer and singer Anu Malik. Mallik started learning music at the age of 8 and took a liking towards the piano. He debuted in 2014 by composing three songs for Salman Khan's Jai Ho, following it up with the song "Naina" from Khoobsurat.

Harpal Singh Sokhi is a celebrity chef from India. As a chef, he worked with multiple hotel and restaurant chains, before launching his own chain – The Funjabi Tadka – in 2013. He has hosted the cooking show Turban Tadka, and is the Director of Turban Tadka Hospitality.

Bijou Thaangjam is an Indian actor, lyricist, art director and chef. Meitei descent originally from Imphal, Manipur. He was one of the contestant on the reality cooking competition MasterChef India 2. He is known for his role in the film Mary Kom and Shivaay.

Patiala Babes is an Indian drama television series starring Paridhi Sharma, Ashnoor Kaur, and Aniruddh Dave. This series is created by Katha Kottage and produced by Rajita Sharma and Vivek Budakoti. Patiala Babes was dubbed in Tamil as Pavithra on Polimer TV. Season 1 premiered from 27 November 2018 till 19 November 2019 & Season 2 aired from 20 November 2019 on Sony TV.

Aiyai: Wrathful Soul is an upcoming Australian psychological, supernatural, mystery thriller directed by Ilanthirayan Alan Arumugam in his directorial debut while the script was made alongside Mukund Ramanad and Charles Benedict. The film was produced by Kanesh Mohana Sundaram of Aiyai Pty Ltd.