Paul Antony Tanner (18 March 1935 – 5 December 1998), was a British literary critic of the mid-20th century, and a pioneering figure in the study of American literature. He was a fellow of King's College, Cambridge, where he taught and studied for 38 years, from 1960 until his death in 1998.

Paul Antony Tanner was born in Richmond, Surrey, and brought up in South London during the Second World War. [1] His father was a civil servant and his mother had trained as a teacher. He attended Raynes Park County Grammar School and, after National Service, matriculated at Jesus College, Cambridge where he read English. His teachers included two great Shakespearean scholars, A. P. Rossiter and Philip Brockbank, both of whom were to be lasting influences on Tanner.

In 1958 he won a Harkness Fellowship to Berkeley, California where he first encountered post-war American literature and culture.

In 1960 Tanner took up a fellowship at King's College, Cambridge to begin a doctoral study of the Transcendentalists at a time when American literature was not taught widely at English universities, and its study was considered relatively novel. Tanner's thesis was published in 1965 as the book Reign of Wonder, and, on the strength of its merits, he was appointed to a post in the English faculty. From then on, Tanner took an active role in promoting the inclusion of American literature in the English syllabus, lecturing, examining and advising widely on his chosen field.

He went on to make a comprehensive study of contemporary American fiction from the period 1950-1970 in City of Words, published in 1971. Tanner briefly took up a position at Johns Hopkins University, but, after a severe bout of depression, reapplied to his former position at Cambridge, where he settled with his first wife Marcia Tanner, an art critic and curator.

His next work, Adultery and the Novel (1979), attempted to reconcile close readings of Goethe, Flaubert and Rousseau with a more contemporary theoretical approach. The depression that had first afflicted Tanner in Baltimore resurfaced, coupled with damaging drinking problems. However, Tanner was able to make a recovery after a period of psychoanalysis and the support of his second wife, Nadia Fusini, and went on to return to the canonical writers Henry James and Jane Austen, on whom he published in 1985 and 1986 respectively.

Tanner's last book, Venice Desired, was an exploration of portrayals of Venice through the eyes of literary figures such as Byron, Thomas Mann, John Ruskin and Marcel Proust. His final work was to write prefaces to each of Shakespeare's plays for the new Everyman library, which he completed before succumbing to the illness that eventually caused his death in 1998. 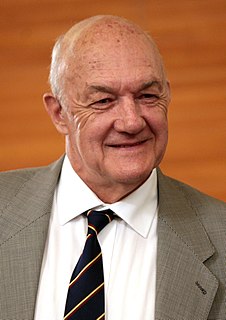 Francis George Steiner, FBA was a Franco-American literary critic, essayist, philosopher, novelist, and educator. He wrote extensively about the relationship between language, literature and society, and the impact of the Holocaust. An article in The Guardian described Steiner as a "polyglot and polymath".

John Gross FRSL was an eminent English man of letters. A leading intellectual, writer, anthologist, and critic, The Guardian and The Spectator were among several publications to describe Gross as "the best-read man in Britain". The Guardian's obituarist Ion Trewin wrote: "Mr Gross is one good argument for the survival of the species", a comment Gross would have disliked since he was known for his modesty. Charles Moore wrote in The Spectator: "I am left with the irritated sense that he was under-appreciated. He was too clever, too witty, too modest for our age."

Geoff Dyer is an English writer. He has authored a number of novels and books of non-fiction, which have won literary awards and been translated into 24 languages. Kathryn Schulz, writing in New York, described him as "one of our greatest living critics, not of the arts but of life itself, and one of our most original writers".

Declan Kiberd is an Irish writer and scholar with an interest in modern Irish literature, both in the English and Irish languages, which he often approaches through the lens of postcolonial theory. He is also interested in the academic study of children's literature. He serves on the advisory board of the International Review of Irish Culture and is a professor at the University of Notre Dame and at its campus in Dublin. In recent years and with publications such as After Ireland (2018), Kiberd has become a commentator on contemporary Irish social and political issues, particularly as such issues have been examined by Ireland's writers.

John Kerrigan is Professor of English 2000, University of Cambridge.

John Frow is an Australian academic who works in the areas of literary theory, narrative theory, intellectual property law, and cultural studies. He is currently Professor of English at the University of Sydney.

Michael Wood is professor emeritus of English at Princeton University. He is a literary and cultural critic, and an author of critical and scholarly books as well as a writer of reviews, review articles, and columns.

Janet Ann Adelman was a Shakespearean scholar, a literary critic, and professor of English at the University of California, Berkeley.

Alison Light is a writer, critic and independent scholar. She is the author of four books to date, the most recent, A Radical Romance, was awarded the 2020 Pen Ackerley prize, the only prize for memoir in the UK. She has held a number of academic posts and is currently a (non-stipendiary) Senior Research Fellow in History and English at Pembroke College, Oxford. She is also an Honorary Professor in the Department of English, University College, London and an Honorary Professorial Fellow in the Department of English, Edinburgh University. She is a founding member of the Raphael Samuel Archive and History Centre in London. 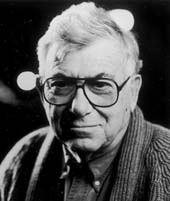 Louis Decimus Rubin Jr. was a noted American literary scholar and critic, writing teacher, publisher, and writer. He is credited with helping to establish Southern literature as a recognized area of study within the field of American literature, as well as serving as a teacher and mentor for writers at Hollins College and the University of North Carolina at Chapel Hill; and for founding Algonquin Books of Chapel Hill, a publishing company nationally recognized for fiction by Southern writers. He died in Pittsboro, North Carolina and is buried at the Kahal Kadosh Beth Elohim Cemetery in Charleston, South Carolina.

Antony Easthope was a scholar, writer, and literary controversialist, who spent most of his career at Manchester Metropolitan University. He taught also at the University of Warwick, Wolfson College, Oxford, the University of Adelaide, and the University of Virginia. In addition to scholarly and popular books on literary theory, film theory, Marxism, and psychoanalysis, Easthope was known for his letters to newspapers, particularly The Guardian, often attacking prominent literary figures.