Mr. Thibodeaux was a lifelong resident of Lafayette, Louisiana. He is best known as a musician, but also had a career as an insurance salesman with Evangeline, Security and Melancon Life Insurance. Mr. Thibodeaux also served in the U.S. Army National Guard. Thibodeaux started to play the violin at a young age, borrowing his brother Leon's. [2] In 1955, Thibodeaux joined the Lafayette Playboys and continued playing with them for over thirteen years, he also made multiple appearances on KLFY with the group. [3] By the 1960s, Tony's musical abilities became well-known and became more in demand he would often book gigs with noted accordion players and play the fiddle alongside them. His music career spanned over the course of fifty years. [4] 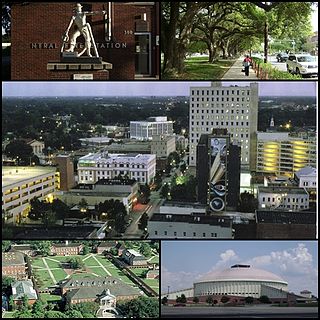 Lafayette is a city in and the parish seat of Lafayette Parish, Louisiana, located along the Vermilion River in the southwestern part of the state. The city of Lafayette is the fourth-largest in the state, with a population of 126,143 according to 2018 U.S. Census estimates. It is the principal city of the Lafayette, Louisiana Metropolitan Statistical Area, with a 2015 estimated population of 490,488. The larger trade area or Combined Statistical Area of Lafayette-Opelousas-Morgan City CSA was 627,146 in 2015. Its nickname is The Hub City.

The Cajun French Music Association is an association dedicated to the promotion and preservation of Cajun music and culture.

Michael Louis Doucet is an American singer-songwriter and musician best known as the founder for the Cajun band BeauSoleil.

Dewey Balfa was an American Cajun fiddler and singer who contributed significantly to the popularity of Cajun music. Balfa was born near Mamou, Louisiana. He is perhaps best known for his 1964 performance at the Newport Folk Festival with Gladius Thibodeaux and Vinus LeJeune, where the group received an enthusiastic response from over seventeen thousand audience members. He sang the song "Parlez Nous à Boire" in the 1981 cult film Southern Comfort, in which he had a small role.

Warren Storm is a drummer and vocalist, known as a pioneer of the musical genre swamp pop, a combination of rhythm and blues, country and western, and Cajun music and black Creole music.

Thibodeaux is a Cajun (French) surname. Notable people with the surname include:

Aldus Roger was a Cajun accordion player in southwest Louisiana, best known for his accordion skills, and television music program.

D'Jalma Garnier III is a musician and composer best known for Creole and Cajun fiddle and "outside" musical compositions and collaborations with other artists.

Jean Batiste "J.B." Fuselier was a Cajun musician most remembered for his tune "Ma Chere Bassette". He played for many years with the group J. B. and His Merrymakers. 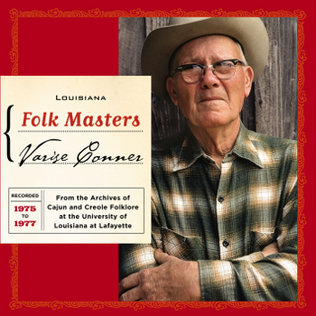 Varise Conner was a Cajun fiddler born in Lake Arthur, Louisiana. His works and personality has inspired many prominent Cajun musicians. 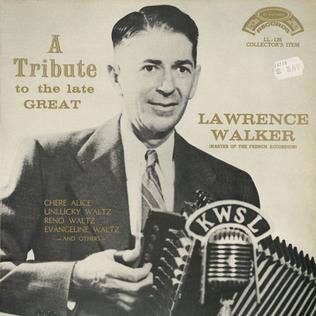 Lawrence Walker was a Cajun accordionist. He is known for his original songs, including Reno Waltz, Evangeline Waltz, Bosco Stomp, and Mamou Two Step.

Joel Savoy is a Cajun musician and music producer from Southwest Louisiana. His father Marc Savoy, famous accordion builder and musician, and his mother, Ann Savoy, author and music producer, are well known ambassadors and supporters of preserving the Cajun culture.

Cajun fiddle music is a part of the American fiddle music canon. It is derived from the music of southwest Louisiana and southeast Texas, as well as sharing repertoire from the Quebec and Cape Breton Island traditions. It is one of the few extant North American folk music traditions rooted in French chanson. According to Ron Yule, "Louisiana fiddling had its birth roots in Europe, with fiddling being noted as early as the 1400s in Scotland". Zydeco music is a geographically, culturally, and musically related style.

David Greely is a professional fiddler from south Louisiana.

Julius Angelle "Papa Cairo" Lamperez was a popular guitarist, steel guitarist and country string band artist in Louisiana and southeast Texas during the 1930s through the 1950s. He would later be known as the first person to write the tune "Grand Texas" which would later be popularized by Moon Mullican and Hank Williams as the song Jambalaya. 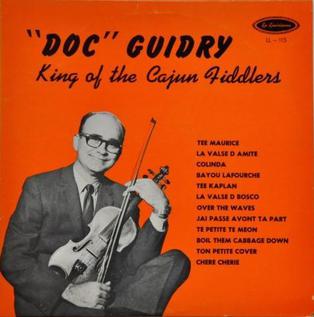 Oran "Doc" Guidry was an American Cajun and country music fiddler. Some of his best known recordings include "Wondering", "Colinda", "Crowley Two Step", and "Chere Cherie".