Tony Thomas may refer to:

Luke is a male given name, and less commonly, a surname.

Mick is a masculine given name, usually a short form (hypocorism) of Michael. Because of its popularity in Ireland, it is often used as a derogatory term for an Irish person or a person of Irish descent. People named Mick include:

David or Dave Allen may refer to:

Nick is a masculine given name. It is also often encountered as a short form (hypocorism) of the given names Nicholas, Nicola, Nicolas, Nikola, Nicolai or Nicodemus. It may refer to:

Ian or Iain is a name of Scottish Gaelic origin, derived from the Hebrew given name יוֹחָנָן‎ and corresponding to the English name John. The spelling Ian is an Anglicization of the Scottish Gaelic forename Iain. It is a popular name in the English-speaking world and in Scotland, where it originated.

Stone is a surname of Anglo-Saxon English origin.

Richie or Richy is a masculine given name or short form (hypocorism) of Richard. It is also a surname.

Banks is a surname. Notable people and fictional characters with the surname include:

Josh is a masculine given name, frequently a diminutive (hypocorism) of the given name Joshua, though since the 1970s, it has increasingly become a full name on its own. It may refer to:

Joe is a masculine given name, usually a short form (hypocorism) of Joseph.

King is an English and Scottish surname.

Tom Hewitt is the name of: 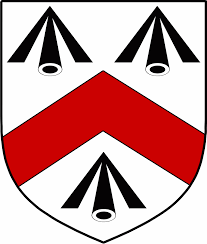 Walsh is a common Irish surname, meaning "Briton" or "foreigner", literally "Welshman" or "Wales", taken to Ireland by soldiers from Britain, namely Welsh, Cornish and Cumbrian soldiers during and after the Norman invasion of Ireland. It is most common in County Mayo and County Kilkenny. It is the fourth most common surname in Ireland, and the 265th most common in the United States. There are variants including "Walshe", "Welsh", "Brannagh", and the Irish "Breathnach". Walsh is uncommon as a given name. The name is often pronounced "Welsh" in the south and west of the country.

Bennett is an English language surname and, less commonly, a given name. Alternative spellings include Bennet, Benett and Benet.

Tom is mostly used as a diminutive of Thomas. In Germanic countries and Scandinavia, "Tom" is in use as a formal given name. In modern Hebrew, the name Tom is used as a unisex name, with the meaning of "innocence, naivety, simplicity" or "the end.”

Gareth is a Welsh masculine given name. The name may have become popular in Wales, as a hypocorism of Geraint, which itself became popular after the famous hero and king of Dumnonia.

Chad is a masculine given name of Anglo-Saxon origins. It is the modernized form of the Old English given name Ceadda. It is also a short form (hypocorism) of Charles, Chadd, Chadrick and Chadwick.