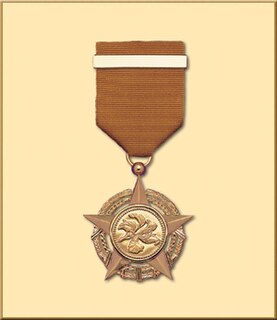 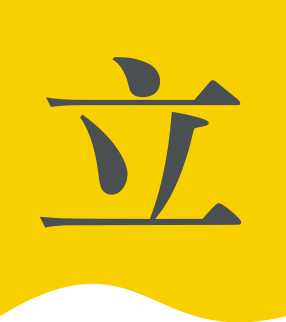 He was born on 27 October 1954 and graduated from the Hong Kong Polytechnic before joining the Hong Kong Civil Service and working in the Crown Lands & Survey Office. After 12 years, Tse moved into the commercial sector, including with Hongkong Land, Chesterton Petty, Emperor International Holdings, and Henderson Land. He also founded a property development and asset management consultancy, Brand Star.

The Hong Kong Civil Service is managed by 13 policy bureaux in the Government Secretariat, and 67 departments and agencies, mostly staffed by civil servants. The Secretary for the Civil Service (SCS) is one of the Principal Officials appointed under the Accountability System and a Member of the Executive Council. He heads the Civil Service Bureau (CSB) of the Government Secretariat and is responsible to the Chief Executive (CE) for civil service policies as well as the overall management and development of the civil service. His primary role is to ensure that the civil service serves the best interests of the community and delivers various services in a trustworthy, efficient and cost effective manner. The CSB assumes overall policy responsibility for the management of the civil service, including such matters as appointment, pay and conditions of service, staff management, manpower planning, training, and discipline.

In Hong Kong, the Lands Department is a government department under the Development Bureau responsible for all land matters. Established in 1982, it comprises three functional offices: the Lands Administration Office, the Survey and Mapping Office and the Legal Advisory and Conveyancing Office. 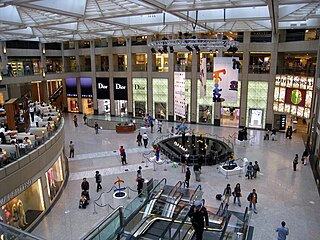 Hongkong Land (HKL) is a property investment, management and development groups with premium commercial and residential property interests across Asia. It owns and manages almost 800,000 sq. m. of prime office and luxury retail property in key Asian cities, principally in Hong Kong and Singapore. Its Hong Kong Central portfolio represents some 450,000 sq. m. of prime property. In Singapore it has a further 165,000 sq. m. of prestigious office space mainly held through joint ventures, while MCL Land, its subsidiary, is a well-established residential developer. Hongkong Land also has a 50% interest in a leading office complex in Central Jakarta, and a number of residential and mixed-use projects under development in cities across Greater China and Southeast Asia, including a luxury retail centre at Wangfujing in Beijing. 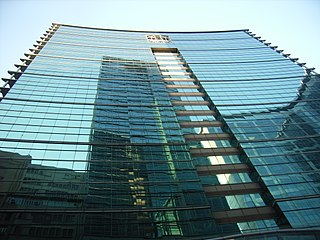 The Town Planning Board is a statutory body of the Hong Kong Government tasked with developing urban plans with an aim to ensuring the "health, safety, convenience and general welfare of the community through the process of guiding and controlling the development and use of land, and to bring about a better organised, efficient and desirable place to live and work." It is founded upon section 2 of the Town Planning Ordinance.

He was first elected to the Legislative Council in Architectural, Surveying and Planning functional constituency in 2012 by defeating incumbent Patrick Lau with a thin margin of 61 votes. Despite running under as an independent politician, Tse was a known to be a supporter of Leung Chun-ying, his fellow surveyor and Hong Kong Polytechnic alumni of whom he nominated in the 2012 Chief Executive election as a member of the Election Committee. [2] He was awarded Bronze Bauhinia Star (BBS) by Chief Executive Leung Chun-ying in 2014. 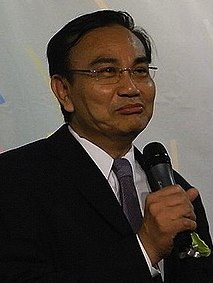 Patrick Lau Sau-shing is a Hong Kong architect, legislative councillor, educator and civil servant. He had been a representative on the Legislative Council of Hong Kong (LegCo) as a member for the Architectural, Surveying and Planning Functional Constituency, as well as a member of the Professional Forum party, between 2004 and 2012. 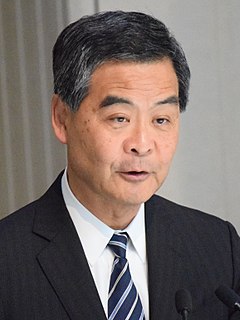 Leung Chun-ying, GBM, GBS, JP, also known as CY Leung, is a Hong Kong politician. He served as the third Chief Executive of Hong Kong between 2012 and 2017. Since March 2017, he has been serving as the vice-chairman of the National Committee of the Chinese People's Political Consultative Conference.

In the 2016 Legislative Council election, he lost his seat to the pro-democrat candidate Yiu Chung-yim in a three-way contest. After Yiu was disqualified for his conduct during the oath-taking process, Tse ran in the 2018 by-election and successfully retook the seat by defeating independent democrat Paul Zimmerman with nearly 3,000 votes. 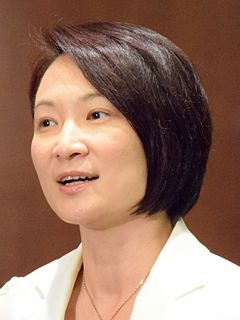 The Hong Kong Legislative Council members' oath-taking controversy was a series of events surrounding the oaths of office of a dozen pro-democracy and localist members-elect of the Legislative Council of Hong Kong (LegCo) on 12 October 2016 which have resulted in the disqualification of six members, Sixtus "Baggio" Leung and Yau Wai-ching of Youngspiration, who were unseated by the court on 15 November 2016, and Leung Kwok-hung, Nathan Law, Yiu Chung-yim and Lau Siu-lai on 14 July 2017.

He was also appointed member of the Chinese People's Political Consultative Conference (CPPCC) in January 2018. [3]

The Chinese People's Political Consultative Conference (CPPCC), also known as the People's PCC or simply the PCC (政协), is a political legislative advisory body in the People's Republic of China. The organisation consists of delegates from a range of political parties and organisations, as well as independent members. The proportion of representation of the various parties is determined by established convention, negotiated between the parties. 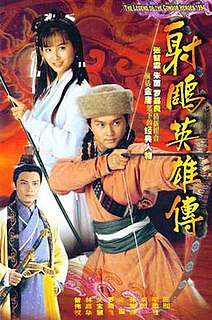 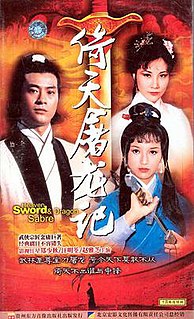 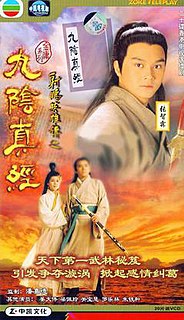 The Hong Kong Special Administrative Region Basic Law Consultative Committee (BLCC) was an official body established in 1985 to canvass views in Hong Kong on the drafts of the Hong Kong Basic Law.

Leung Che-cheung, SBS, MH, JP is a member of Hong Kong Legislative Council and the former Chairman of the Yuen Long District Council for Tin Yiu in Tin Shui Wai. He is a member of Democratic Alliance for the Betterment of Hong Kong, a pro-Beijing party in Hong Kong and the president of the New Territories Association of Societies.

Yiu Si-wing BBS is a director at China Travel Service and member of Legislative Council of Hong Kong.

The Fifth Legislative Council of Hong Kong is the former meeting of the legislative branch of the Hong Kong Special Administrative Region Government. The membership of the LegCo is based on the 2012 election. The term of the session is from 1 October 2012 to 30 September 2016, during the term in office of the Chief Executive Leung Chun-ying. Due to the new arrangements agreed in a contentious LegCo vote in 2010, the session consists of the new total of 70 seats in LegCo, ten more than previously, with 35 members elected in geographical constituencies through direct elections, and 35 members in functional constituencies, in which five District Council (Second) functional constituency seats each represent all 18 District Councils of Hong Kong voted for by all resident voters in Hong Kong. The Democratic Alliance for the Betterment and Progress of Hong Kong remained the largest party while the pan-democrats secured the one-third crucial minority. Notable new members of the LegCo members include Gary Fan from the new established party Neo Democrats and first openly gay councillor, People Power's Ray Chan Chi-chuen.

Kaizer Lau Ping-cheung, GBS is a surveyor and was the member of the Legislative Council of Hong Kong in 2000–04 for the Architectural, Surveying and Planning constituency and non executive director of the Urban Renewal Authority. He is the fellow of the Royal Institution of Chartered Surveyors and Hong Kong Institute of Surveyors. 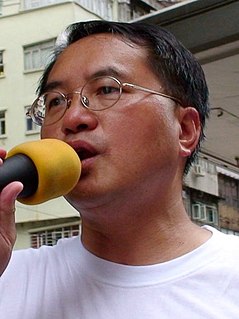 The Democratic Party leadership election was held on 12 December 2004 for the 30-member of the 6th Central Committee of the Democratic Party in Hong Kong, including chairman and two vice-chairman posts. It was the first contested chairmanship election in the party's history. Legislative Council member and party's Vice-Chairman Lee Wing-tat defeated the Chan King-ming, succeeding Yeung Sum as the Chairman of the party.

Lew Mon-hung, BBS nicknamed "Dream Bear" based on his Chinese name, is a Hong Kong businessman who is the former deputy chairman and executive director of Pearl Oriental Oil Limited. As a pro-Beijing businessman, Lew was a deputy in the Chinese People's Political Consultative Conference from 2008 to 2013 and was an outspoken politician and a high-profile supporter of Leung Chun-ying during the Hong Kong Chief Executive election, 2012. The relationship of the two soured after the election and he turned against Leung. In 2016, he was found guilty and imprisoned after being found guilty of perverting the course of justice over letters and emails he sent to Leung Chun-ying, asking him to stop Independent Commission Against Corruption (ICAC) from investigating him. 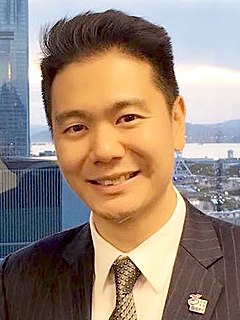 Holden Chow Ho-ding is a Hong Kong solicitor and politician. He is vice-chairman of the Democratic Alliance for the Betterment and Progress of Hong Kong (DAB), the largest Beijing-loyalist party in Hong Kong, and a former chairman of Young DAB, its youth wing. He was elected to the Legislative Council of Hong Kong in 2016 through the District Council (Second) "super seat". 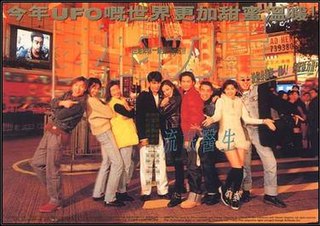 The 2016 Election Committee subsector elections were held on 11 December 2016 for 1,034 of the 1,200 members of the Election Committee (EC) which is responsible for electing the Chief Executive of Hong Kong (CE) in the 2017 election. 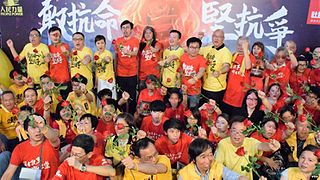 The People Power–League of Social Democrats, are the two radical democratic parties set up an electoral alliance for the 2016 Hong Kong Legislative Council election under the name of “progressive democrats”. It fielded a total of nine candidates to contest Legislative Council seats in the five geographical constituencies, in which two of the three incumbents were returned. 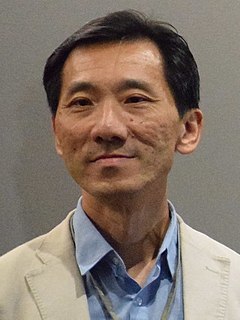