Verna was born in Philadelphia, Pennsylvania. He died in Palm Desert, California of acute lymphoblastic leukemia at the age of 81. [1] [2]

Verna is credited with having invented instant replay, first used by CBS Sports during the Army-Navy game on December 7, 1963. [3]

Verna's broadcast hallmark was an ability to continually come up with advances in the use of cameras, program content and creative interplay. It was this skill that prompted him to use a trick left over from radio days in order to outwit the technology of the times and allow for a play on the field to be re-broadcast "instantly."

Notables who collaborated with Verna

The year 1963 involved some significant events in television. Below are lists of notable TV-related events.

The Harlem Globetrotters is an American exhibition basketball team. They combine athleticism, theater, and comedy in their style of play. They have played more than 26,000 exhibition games in 124 countries and territories. The team's signature song is Brother Bones' whistled version of “Sweet Georgia Brown.” Their mascot is an anthropomorphized globe named "Globie.” The team plays over 450 live events worldwide each year. The team is currently owned by Herschend Family Entertainment. The executive offices for the team are located in the Atlanta suburban city of Peachtree Corners. 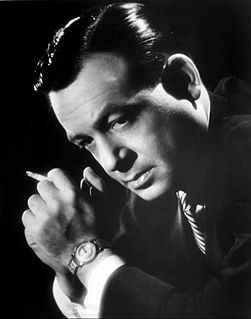 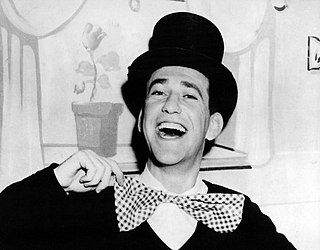 Milton Supman, known professionally as Soupy Sales, was an American comedian, actor, radio/television personality, and jazz aficionado. He was best known for his local and network children's television show Lunch with Soupy Sales (1953–1966), a series of comedy sketches frequently ending with Sales receiving a pie in the face, which became his trademark. From 1968 to 1975 he was a regular panelist on the syndicated revival of What's My Line? and appeared on several other TV game shows. During the 1980s, Sales hosted his own show on WNBC-AM in New York City.

Instant replay or action replay is a video reproduction of something that recently occurred which was both shot and broadcast live. The video, having already been shown live, is replayed in order for viewers to see again and analyze what had just taken place. Some sports allow officiating calls to be overturned after the review of a play. Instant replay is most commonly used in sports, but is also used in other fields of live TV. While the first near-instant replay system was developed and used in Canada, the first instant replay was developed and deployed in the United States.

Outside broadcasting (OB) is the electronic field production (EFP) of television or radio programmes from a mobile remote broadcast television studio. Professional video camera and microphone signals come into the production truck for processing, recording and possibly transmission.

William H. Carruthers was an American television executive who gained his first fame as the director of The Soupy Sales Show at Detroit television station WXYZ-TV. He also directed the Ernie Kovacs-helmed game show, Take a Good Look, for ABC from 1959 to 1961. 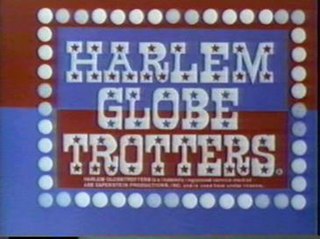 Harlem Globetrotters is a Saturday morning cartoon produced by Hanna-Barbera and CBS Productions, featuring animated versions of players from the basketball team of the same name.

Instant Replay was the first magazine-format, direct-to-video program for home-video consumers. Established by Miami, Florida, entrepreneur Chuck Azar in 1977, and released on VHS and Beta-format videocassettes through 1982, it contained segments devoted to live music performances, reports from technology and electronics conventions, interviews, bloopers and other off-air content from network- and cable-television satellite feeds, and home-video hobbyists' contributions, among other content. It was predated by a direct-to-video trade magazine, Videofashion, sold to fashion-industry professionals on industrial U-Matic videocassettes.