Tony Webster may refer to:

Yo is an English slang interjection, commonly associated with American English. It was popularized by the Italian-American community in Philadelphia, Pennsylvania, in the 1940s.

Tony Jordan is a British television writer. He was listed as the number one television screenwriter in the UK by Broadcast magazine in 2008 and among British broadcasting's top twenty in The Stage in 2009. He currently resides in Hertfordshire.

Anthony John Holland was a British actor and television screenwriter, best known as a writer and co-creator with Julia Smith of the BBC soap opera EastEnders.

West Newton is a village of the City of Newton, Massachusetts and is one of the oldest of the thirteen Newton villages. The West Newton Village Center is a National Register Historic District. The postal ("Zip") code 02465 roughly matches the village limits.

Steve Webster MBE, is an English sidecar racer who has won a record ten FIM Sidecar World Championships, making him the most successful sidecar racer ever.

Webster Hall is a nightclub and concert venue located at 125 East 11th Street, between Third and Fourth Avenues, near Astor Place, in the East Village of Manhattan, New York City. It is one of New York City's most historically significant theater and event halls, having hosted social events of all types since the club's construction in 1886 as a "hall for hire". Its current incarnation was opened in 1992 by the Ballinger brothers, with a capacity of 1,400, providing its traditional role as well as for corporate events, and for a recording studio. 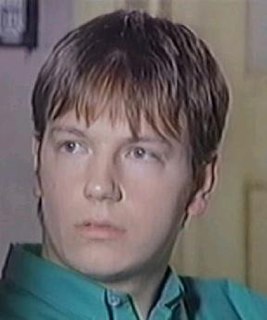 Tony Hills is a fictional character from the BBC soap opera EastEnders, played by Mark Homer from 7 September 1995 to 15 April 1999.

Webster Avenue is one of the longest thoroughfares in the Bronx, New York City, United States. It stretches for 5.8 miles (9.3 km) from Melrose to Woodlawn. The road starts at the intersection of Melrose Avenue, East 165th Street, Brook Avenue, and Park Avenue in the neighborhood of Melrose, ending at Nereid Avenue in the neighborhood of Woodlawn. There are no subway lines along this thoroughfare, unlike the streets it parallels—Jerome Avenue, The Grand Concourse, and White Plains Road, which all have subway lines —but until 1973, Webster Avenue north of Fordham Road was served by the Third Avenue Elevated, served by the 8 train.

Tony Webster was an American screenwriter. 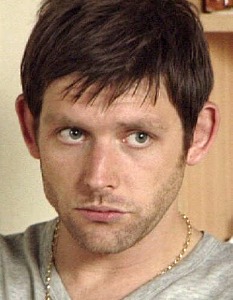 Tony King is a fictional character from the BBC soap opera EastEnders, played by Chris Coghill. He was the partner of established character Bianca Jackson, and a father-figure to her four children. Tony sexually abused Bianca's stepdaughter, Whitney Dean, and began grooming her school-friend Lauren Branning, before his predatory nature was uncovered and he was arrested for his crimes. Tony appeared between 12 September and 12 December 2008 and returned in December 2009 to stand trial.

March 7 is the 66th day of the year in the Gregorian calendar. 299 days remain until the end of the year.

Hubert Tamblyn "Tam" Spiva, Jr., was an American television screenwriter best known for his work on The Brady Bunch and Gentle Ben.

The Lost Continent is a 1968 adventure film made by Hammer Films and Seven Arts featuring Eric Porter, Hildegard Knef, Suzanna Leigh, Tony Beckley, and James Cossins. The film was produced, directed and written by Michael Carreras based on Dennis Wheatley's novel Uncharted Seas (1938).

Love for Sale is an album by the Great Jazz Trio; pianist Hank Jones, bassist Buster Williams and drummer Tony Williams, recorded in 1976 for the Japanese East Wind label.

Charles Randolph is an American screenwriter and producer for film and television. In 2015, he won the Academy Award for Best Writing Adapted Screenplay along with Adam McKay for co-writing The Big Short.