Welzer, the third German to play for the Red Sox, entered in the majors as a member of the hapless Red Sox teams that lost 107 games in 1926 and 103 in 1927. His 4–3 mark in his rookie season represented the only winning record in the Boston pitching staff. A year later he went 6–11, ending third behind Slim Harriss (14–21) and Hal Wiltze (10–18), as nobody on the team had a winning record.

Welzer gave up the 43rd, 45th and 46th home runs of Babe Ruth's record-setting 60 during a single week of the 1927 New York Yankees season.

Welzer died at the age of 71 in Milwaukee, Wisconsin. 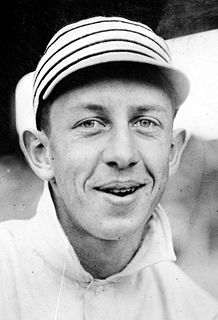 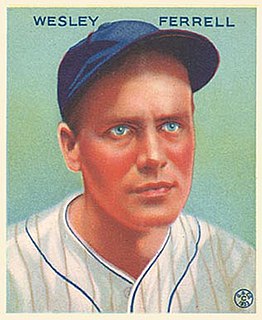 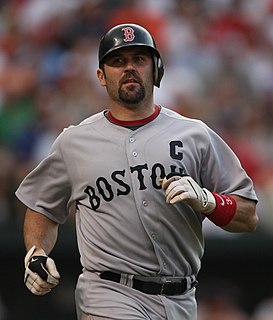 Jason Andrew Varitek, nicknamed Tek, is an American former professional baseball catcher. After being traded as a minor league prospect by the Seattle Mariners, Varitek played his entire career in Major League Baseball (MLB) for the Boston Red Sox, for whom he now works as a special assistant. A three-time All-Star and Gold Glove Award winner at catcher, as well as a Silver Slugger Award winner, Varitek was part of both the 2004 World Series and 2007 World Series Championship teams, and was viewed widely as one of the team's leaders. In December 2004 he was named the captain of the Red Sox, only their fourth captain since 1923. He was a switch-hitter. 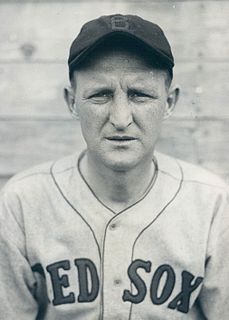 Herbert Jefferis Pennock was an American professional baseball pitcher and front-office executive. He played in Major League Baseball from 1912 through 1933, and is best known for his time spent with the star-studded New York Yankee teams of the mid to late 1920s and early 1930s. 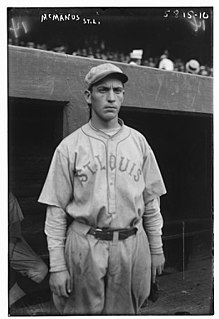 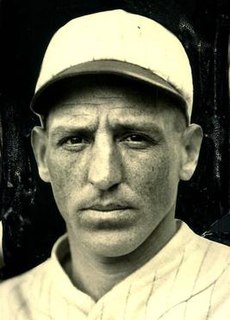 Ira James Flagstead, sometimes known as "Pete", was an American baseball player. He played 15 years of professional baseball, principally as an outfielder, including 13 years in Major League Baseball with the Detroit Tigers, Boston Red Sox (1923–1929), Washington Senators (1929), and Pittsburgh Pirates (1929–1930). In 1,218 major league games, Flagstead compiled a .290 batting average with a .370 on-base percentage.

Peter William Appleton, born Peter Jablonowski and sometimes known as "Jabby" and the "Polish Wizard," was an American baseball player, scout, and manager. 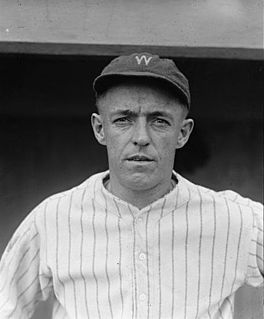 Walter Henry Ruether was an American baseball player who pitched for five different major league teams. In his 11-year career, Ruether played for the Chicago Cubs, the Cincinnati Reds, the Brooklyn Robins, the Washington Senators, and the New York Yankees.

James Alexander Ferguson was a pitcher in Major League Baseball who played for five different teams between 1918 and 1929. Listed at 6 ft 0 in (1.83 m), 180 lb., Ferguson batted and threw right-handed. 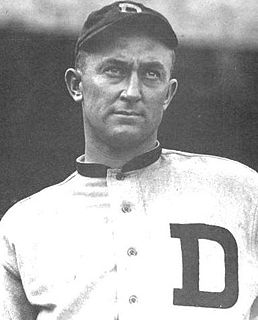 The 1915 Detroit Tigers won a then club-record 100 games and narrowly lost the American League pennant to the Boston Red Sox, who won 101 games. Though four other Tigers teams have won 100 games, only the 1934 Tigers had a better winning percentage. The 1915 Detroit Tigers team is remembered for its all-star outfield of Ty Cobb, Sam Crawford, and Bobby Veach—who finished #1, #2, and #3 in the American League in both runs batted in and total bases. Baseball historian Bill James ranks the Tigers' 1915 outfield as the best in major league history.