Too Loud a Solitude

Too Loud a Solitude (Czech : Příliš hlučná samota) is a short novel by Czech writer Bohumil Hrabal. Self-published in 1976 and officially in 1989 due to political censorship. It tells the story of an old man who works as a paper crusher in Prague, using his job to save and amass astounding numbers of rare and banned books; he is an obsessive collector of knowledge. The book was translated into English by Michael Henry Heim.

The entire story is narrated in the first person by the main character Hanta. Hanta is portrayed as a sort of recluse and hermit, albeit one with encyclopedic literary knowledge. Hanta uses metaphorical language and surreal descriptions, and much of the book is concerned with just his inner thoughts, as he recalls and meditates on the outlandish amounts of knowledge he has attained over the years. He brings up stories from his past and imagines the events of whimsical scenarios. He contemplates the messages of the vast numbers of intellectuals which he has studied. The novel is vibrant with symbolism. A simple but obscure plot is present, however.

"For thirty-five years now I've been in wastepaper, and it's my love story" says Hanta in the opening line of the book. He goes on to describe his methods for work, and for using his job to "save" incredible numbers of books for reading and storage in his home.

The main theme of Too Loud a Solitude is of the permanence and intangibility of ideas which may, for a time, come to manifest themselves beautifully in the form of books and words. Another theme involves the conflict between Hanta's simple way of life and that of the new and ambitious socialist order.

A live action film adaptation was released in the Czech Republic in 1996, [1] one year before Hrabal's death.

In 2007 a stop-motion film was released, directed by Genevieve Anderson and starring Paul Giamatti in the role of Hanta. [2] 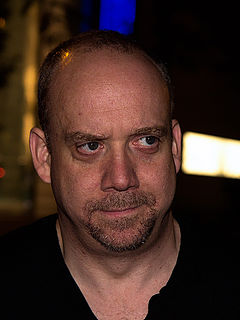 Paul Edward Valentine Giamatti is an American actor, comedian, and producer. He first garnered attention for his breakout role in Private Parts (1997) as Kenny "Pig Vomit" Rushton, which led to him playing more supporting roles such as Sergeant Hill in Saving Private Ryan (1998), Bob Zmuda in Man on the Moon (1999) and John Maxwell in Big Momma's House (2000). 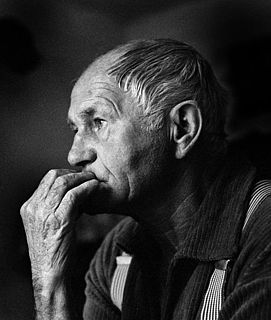 Bohumil Hrabal was a Czech writer, often cited as one of the best Czech writers of the 20th century. 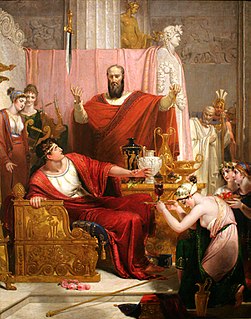 Damocles is a figure featured in a single moral anecdote commonly referred to as "the Sword of Damocles," an allusion to the imminent and ever-present peril faced by those in positions of power. Damocles was an obsequious courtier in the court of Dionysius II of Syracuse, a 4th-century BC tyrant of Syracuse, Sicily. 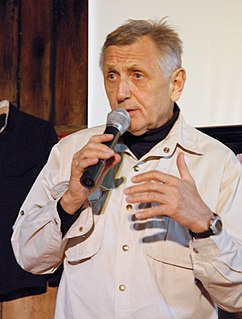 Jiří Menzel is a Czech film director, theatre director, actor, and screenwriter. His films often combine a humanistic view of the world with sarcasm and provocative cinematography. Some of these films are adapted from works by Czech writers such as Bohumil Hrabal and Vladislav Vančura.

"Johnny Mnemonic" is a science fiction short story by American-Canadian writer William Gibson, which served as inspiration for the 1995 film of the same name. The short story first appeared in Omni magazine in May 1981, and was subsequently included in 1986's Burning Chrome, a collection of Gibson's short fiction. It takes place in the world of Gibson's cyberpunk novels, predating them by some years, and introduces the character Molly Millions, who plays a prominent role in Gibson's Sprawl trilogy of novels.

Jan Zábrana was a Czech writer and translator. 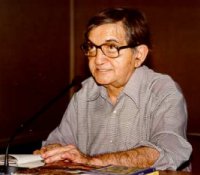 Nirmal Verma was a Hindi writer, novelist, activist and translator. He is credited as being one of the pioneers of the 'Nayi Kahani' literary movement of Hindi literature, wherein his first collection of stories, Parinde (Birds) is considered its first signature.

Josef Jedlička was a Czech writer.

Eduard Petiška was a Czech poet, translator, playwright and novelist, the author of many books for children and young people, and a translator and theorist of children's literature. He wrote over ninety books, which were translated to dozens of languages. 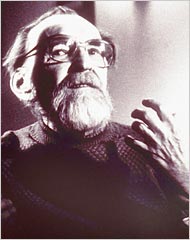 Egon Bondy, born Zbyněk Fišer, was a Czech philosopher, writer, and poet, one of the leading personalities of the Prague underground.

Closely Watched Trains is a 1966 Czechoslovak film directed by Jiří Menzel and is one of the best-known products of the Czechoslovak New Wave. It was released in the United Kingdom as Closely Observed Trains. It is a coming-of-age story about a young man working at a train station in German-occupied Czechoslovakia during World War II. The film is based on a 1965 novel by Bohumil Hrabal. It was produced by Barrandov Studios and filmed on location in Central Bohemia. Released outside Czechoslovakia during 1967, it won the Best Foreign Language Oscar at the 40th Academy Awards in 1968. 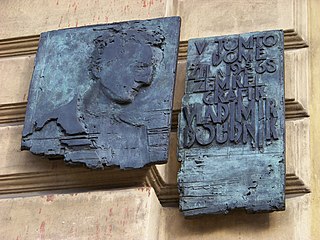 Vladimír Boudník was a graphic artist, photographer and a key figure in Czech post-war art, and a representative of the "explosionism" movement. He is best known for his active and structural graphic art, but also created mostly photographic and monotype works that, until recently, remained unknown.

68 Publishers, also called Sixty-Eight Publishers, Sixtyeight Publishers, or even Nakladatelství 68, was a publishing house formed in Toronto, Ontario, Canada in 1971 by Czech expatriate Josef Škvorecký and his wife Zdena Salivarová. The purpose of 68 Publishers was to publish books by exiled Czech and Slovak writers whose works were banned in communist Czechoslovakia. The name '68 Publishers' is in commemoration of the Prague Spring of 1968. 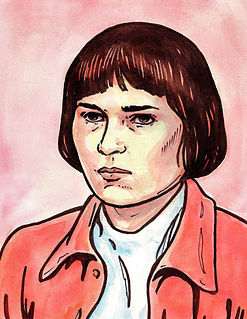 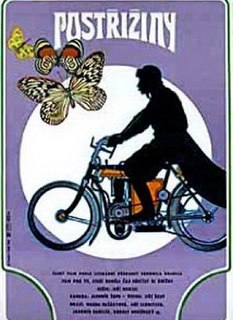 Cutting It Short is a 1980 Czechoslovak comedy film directed by Jiří Menzel. It is based on the novel Postřižiny by Czech writer Bohumil Hrabal. The story is set in a brewery in a Czech small town.

Michael Henry Heim was a Professor of Slavic Languages at the University of California at Los Angeles (UCLA). He was an active and prolific translator, and was fluent in Czech, Russian, Serbo-Croatian, French, Italian, German, and Dutch. He died on September 29, 2012, of complications from melanoma. 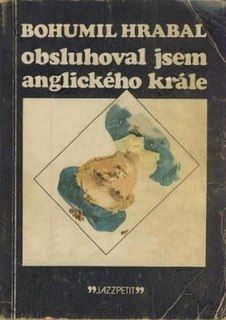 I Served the King of England is a novel by the Czech writer Bohumil Hrabal. The story is set in Prague in the 1940s, during the Nazi occupation and early communism, and follows a young man who alternately gets into trouble and has successes. Hrabal wrote the book during a period of censorship in the early 70s. It began circulating in 1971, and was formally published in 1983. It was adapted into a 2006 film with the same title, directed by Jiří Menzel, a noted director of the Czech New Wave. 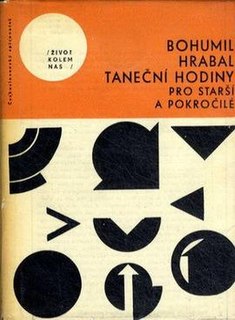 Dancing Lessons for the Advanced in Age is a 1964 novel by the Czechoslovak writer Bohumil Hrabal. It tells the story of a man who recounts various events from his past, and in particular his love life. The novel is written in one long sentence.

The Miracle Game is a Czech novel by Josef Škvorecký published in 1972 by Sixty Eight Publishers in Toronto, Canada. It was translated into English in 1990 by Paul Wilson, and according to The Times is Skvorecky's masterpiece. It was his response to Prague Spring events of 1968 Czechoslovakia. and contains unflattering references to real people, Future Czech President Václav Havel becomes "the world-famous playwright Hejl", the writer Bohumil Hrabal appears as the "gifted non-party novelist Nabal".

Ladislav Grosman was a Slovak novelist and screenwriter. He is best known for being the author of The Shop on Main Street, which he adapted into a critically acclaimed Academy Award-winning film in 1965. Grosman became proficient in Czech after he moved to Czechoslovakia's Czech-speaking part in his late twenties, where he worked as a correspondent and editor in the Prague bureau of the Slovak newspaper Pravda. Following the Warsaw Pact invasion of Czechoslovakia in 1968, he moved to Israel, where he died in 1981.

Pearls of the Deep is a 1966 Czechoslovak anthology film directed by Jiří Menzel, Jan Němec, Evald Schorm, Věra Chytilová and Jaromil Jireš. The five segments are all based on short stories by Bohumil Hrabal. The film was released in Czechoslovakia on 7 January 1966.