"Too-Ra-Loo-Ra-Loo-Ral (That's an Irish Lullaby)" is a classic Irish-American song that was written in 1913 by composer James Royce Shannon (1881–1946) for the Tin Pan Alley musical Shameen Dhu . The original recording of the song, by Chauncey Olcott, peaked at #1 on the music charts. The song was brought back to prominence by Bing Crosby's performance in 1944's Going My Way . Crosby's single sold over a million copies and peaked at #4 on the Billboard music charts

In 1944, Bing Crosby released a version of the song which brought it to public attention again. [9] First performed in the film Going My Way, it was subsequently released as a single that sold over a million copies and peaked at #4 on Billboard music charts. [1] His first recording was made on July 7, 1944 [10] but mechanical difficulties with the matrix led to it being recorded again on July 17, 1945. It is this version which appears on subsequent LPs and CDs. [11] In 1945, the Crosby version of the song was also featured in the film Nob Hill . [8]

In 1976, Richard Manuel and Van Morrison sang the song, as "Tura Lura Lural (That's An Irish Lullaby)", during The Band's farewell concert The Last Waltz . "Come On, Eileen," a #1 U.K. chart single from the English band Dexys Midnight Runners, includes a chorus with the lines "Too-Ra-Loo-Ra Too-Ra-Loo-Rye, Ay / And you'll hum this tune forever." The song appeared on their 1982 album titled Too-Rye-Ay . Steve Martin performed the song for comic effect in the film Housesitter . The song also featured memorably in a Season 2, Episode 8 [12] cold open of Cheers, as the denizens of the bar sang the lullaby over the telephone to an infant Tortelli.

These are the original lyrics of the song as published in 1913 by Shannon through M. Witmark & Sons. [4]

Going My Way is a 1944 American musical comedy-drama film directed by Leo McCarey and starring Bing Crosby and Barry Fitzgerald. Written by Frank Butler and Frank Cavett based on a story by McCarey. The film is about a new young priest taking over a parish from an established old veteran. Crosby sings five songs with other songs performed onscreen by Metropolitan Opera's star mezzo-soprano Risë Stevens and Robert Mitchell Boys Choir. Going My Way was followed the next year by a sequel, The Bells of St. Mary's.

"When Irish Eyes Are Smiling" is a lighthearted song in tribute to Ireland. Its lyrics were written by Chauncey Olcott and George Graff, Jr., set to music composed by Ernest Ball, for Olcott's production of The Isle O' Dreams, and Olcott sang the song in the show. It was first published in 1912, at a time when songs in tribute to a romanticized Ireland were very numerous and popular both in Britain and the United States. During the First World War the famous tenor John McCormack recorded the song.

"The Teddy Bears' Picnic" is a song consisting of a melody by American composer John Walter Bratton, written in 1907, and lyrics added by Irish songwriter Jimmy Kennedy in 1932. It remains popular as a children's song, having been recorded by numerous artists over the decades. Kennedy lived at Staplegrove Elm and is buried in Staplegrove Church, Taunton, Somerset, England. Local folklore has it that the small wooded area between the church and Staplegrove Scout Hut was the inspiration for his lyrics.

"I'll Take You Home Again, Kathleen" is a popular song written by Thomas Paine Westendorf (1848-1923) in 1875.. In spite of its German-American origins, it is widely mistaken to be an Irish ballad.

Ernest Roland Ball was an American singer and songwriter, most famous for composing the music for the song "When Irish Eyes Are Smiling" in 1912. He was not himself Irish. 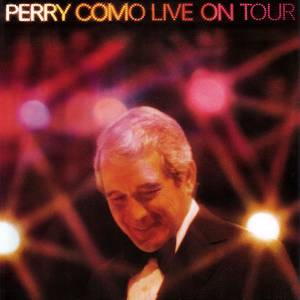 Perry Como Live On Tour was Perry Como's 27th 12" long-play album for RCA Records and his second live album. It was rereleased on CD in 2015 by Real Gone Music.

"Now Is the Hour" is a popular song from the early 20th century. Often erroneously described as a traditional Māori song, its creation is usually credited to several people, including Clement Scott (music), and Maewa Kaihau and Dorothy Stewart.

"Cielito lindo" is a popular Mexican song copla, popularized in 1882 by Mexican author Quirino Mendoza y Cortés. It is roughly translated as "Lovely Sweet One". Although the word cielo means "sky" or "heaven", it is also a term of endearment comparable to "sweetheart" or "honey." Cielito, the diminutive, can be translated as "sweetie"; lindo means "cute", "lovely" or "pretty". Sometimes the song is known by words from the refrain, "Canta y no llores" or simply the "Ay, Ay, Ay, Ay song".

Rosie Sings Bing is a 1978 studio album by the American jazz singer Rosemary Clooney, recorded in tribute to Bing Crosby, who had died the previous year. The album was the second Clooney made for Concord Records.

Emigrate! Emigrate! is a 1975 album by the music group The Irish Rovers. The album cover was nominated for a Juno Award.

James Royce Shannon, born James Royce, was a nationally prominent Irish-American composer and lyricist. He was active at the time Tin Pan Alley.

This is a list of Bing Crosby songs he recorded twice or more during his career, excluding all of the 1954 re-recordings for Bing: A Musical Autobiography.

St. Patrick's Day is a compilation album of phonograph records by Bing Crosby released in 1947 featuring songs with an Irish theme. This includes one of Crosby's most-beloved songs, "Too-Ra-Loo-Ra-Loo-Ral" which was number four on Billboard for 12 weeks, and topped the Australian charts for an entire month, on shellac disc record. This version, the 1945 re-recording, was released earlier in another Crosby album, Selections from Going My Way.

Bing Crosby's Treasury – The Songs I Love is an LP set recorded in 1965 and issued by a mail-order firm, The Longines Symphonette Society, an educational service of the Longines-Wittnauer Watch Company.

"Mother Machree" is a 1910 American-Irish song with lyrics by Rida Johnson Young and singer Chauncey Olcott, and music by Ernest Ball. It was originally written for the show Barry of Ballymoore. It was first released by Chauncey Olcott, then by Will Oakland in 1910. The song was later kept popular by John McCormack and others. It was used in films including Mother Machree (1928) and Rose of Washington Square (1939).

Saturday Night Sing Along with Mitch is an album by Mitch Miller & The Gang. It was released in 1960 on the Columbia label.