Castle was born in Georgia in 1899. [3] He played a twelve-string guitar, a common instrument with Georgia blues musicians at the time. Before moving to and residing in Memphis, Tennessee, he travelled and played music with contemporary blues musicians Blind Blake and Blind Lemon Jefferson. [3] For a period of time in the 1930s, Castle also lived in Helena, Arkansas. [2] In 1928, he recorded two sides for Columbia Records, a two-part song called "Charleston Contest", a song in which Castle talks to himself in different voices and brags about his ability on the guitar. In 1930, he recorded two more sides in Chicago, Illinois for Brunswick Records. [4] These sides show a more relaxed side to Castle, and he is accompanied by a guitarist and a harmonica player.

After these two sessions, he played in Jed Davenport's Beale Street Jug Band. [1]

"Boulevard of Broken Dreams" is a 1933 hit song with lyrics by Al Dubin and music by Harry Warren. Deane Janis with Hal Kemp's Orchestra recorded the original version on October 31, 1933, in Chicago, which was issued by Brunswick Records. In 1934, a rendition sung by Constance Bennett appeared in the film Moulin Rouge, but was unreleased on record.

"Love Me or Leave Me" is a popular song written in 1928 by Walter Donaldson with lyrics by Gus Kahn. The song was introduced in the Broadway play Whoopee!, which opened in December 1928. Ruth Etting's performance of the song was so popular that she was also given the song to sing in the play Simple Simon, which opened in February 1930.

Henry Thomas (1874–1930?) was an American country blues singer, songster and musician. Although his recording career, in the late 1920s, was brief, Thomas influenced performers including Bob Dylan, Taj Mahal, The Lovin' Spoonful, The Grateful Dead, and Canned Heat. Often billed as "Ragtime Texas", Thomas's style is an early example of what later became known as Texas blues guitar. 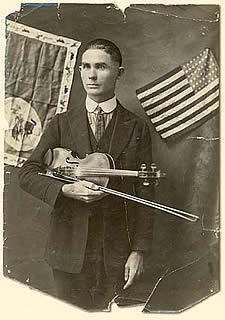 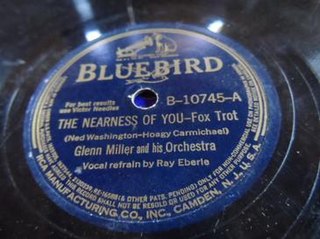 "The Nearness of You" is a popular song written in 1938 by Hoagy Carmichael with lyrics by Ned Washington. The song debuted in the 1939 recording In the Mood by Glenn Miller and His Orchestra, with vocals by Ray Eberle. 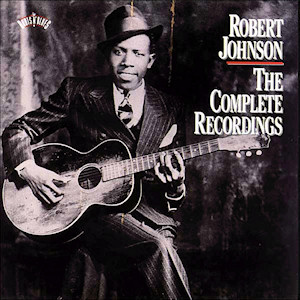 The Complete Recordings is a compilation album by American Delta blues musician Robert Johnson. The 41 songs were recorded in two sessions in Dallas and San Antonio, Texas for the American Record Company (ARC) during 1936 and 1937. Most were first released on 78 rpm records in 1937. The Complete Recordings, released August 28, 1990, by Columbia Records, contains every recording Johnson is known to have made, with the exception of an alternate take of "Travelling Riverside Blues".

Eugene "Buddy" Moss was an American blues musician. He is one of two influential East Coast blues guitarists to record in the period between Blind Blake's final sessions in 1932 and Blind Boy Fuller's debut in 1935. A younger contemporary of Blind Willie McTell, Curley Weaver and Barbecue Bob, Moss was part of a coterie of Atlanta bluesmen. He was among the few of his era whose careers were reinvigorated by the blues revival of the 1960s and 1970s.

"Let's Put Out the Lights " is a popular song by Herman Hupfeld, published in 1932. It was introduced by Lili Damita in the Broadway revue George White's Music Hall Varieties (1932) with the initial title "(Let's) Turn Out the Lights and Go to Bed", and hit versions that year were by Rudy Vallée, Paul Whiteman and Ben Bernie.

Blind John Davis was an American blues and boogie-woogie pianist and singer. He is best remembered for his recordings, including "A Little Every Day" and "Everybody's Boogie".

Mozelle Alderson was an American classic female blues singer. She recorded a small number of tracks for Black Patti Records in 1927 and for Brunswick Records In 1930. Her most regular pianist was Judson Brown. She was a one-time vocalist for the Famous Hokum Boys in 1930 and toured and recorded as a backing vocalist for other blues artists. Alderson used a number of aliases, possibly including Kansas City Kitty, Hannah May, Thelma Holmes, Mae Belle Lee, and Jane Lucas.

"Kid" Prince Moore was an American blues musician, from the United States, who recorded 17 songs from 1936 to 1938. Moore played in a Piedmont blues style, similar to that of Blind Blake. Moore also recorded two Gospel Music tracks, "Church Bells" and "Sign of Judgement". Moore also accompanied blues pianist Shorty Bob Parker on six of his own tracks. Bruce Bastin, in his book Red River Blues: The Blues Tradition in the Southeast, suggested that Moore may have originated from The Carolinas but, as of 2017, there is no documented knowledge of Moore's life.

George Carter was an American blues musician, who recorded four songs for Paramount Records in 1929. Very little is known of his life. Believed to have hailed from Atlanta, Georgia, United States, he played a twelve-string guitar, common in the Atlanta area, occasionally using an open tuning and a slide. Some blues scholars believe that "George Carter" may actually be a pseudonym for another Atlanta blues singer at the time, Charley Lincoln. Carter's song, "Hot Jelly Roll Blues", was recorded by Hot Tuna for their album Yellow Fever in 1975.

American Epic: The Best of Blind Willie Johnson is a compilation album released to accompany the award-winning American Epic documentary film series. It collects performances from Blind Willie Johnson's five recording sessions for Columbia Records in Dallas, Atlanta, and New Orleans between 1927 and 1930. The album was released as a 16-track download and a vinyl LP.

Harlem Jazz, 1930 is a compilation album of phonograph records assembled by Brunswick Records during the American Federation of Musicians strike, cataloguing the effect of the Harlem Renaissance on what was known as Dixieland, or "hot" jazz in New York City. The album features venues the orchestras played at the time of the recordings, such as Connie's Inn or The Cotton Club.

James "Boodle It" Wiggins was an American blues singer and musician. His best known recordings were "Keep Knockin' An You Can't Get In", a precursor of both "Keep A-Knockin'" and "I Hear You Knocking"; plus his versions of "Corrine, Corrina" and "Shave 'Em Dry", albeit slightly re-titled.