Tooby is a surname. Notable people with the surname include:

Voigt is a German surname, and may refer to:

Woźniak is the tenth most common surname in Poland.

Leda Cosmides is an American psychologist, who, together with anthropologist husband John Tooby, helped develop the field of evolutionary psychology.

Angela Smith may refer to:

Németh is a Hungarian surname. In Hungarian, német means "German" ; the h is a remnant of obsolete Hungarian spelling, as frequently found in names, especially in families of noble origin. Alternate spellings include "Nemeth", "Neimeth", "Német", "Nemath", "Namath", "Nameth", "Nemet" and "Nimitz". The name is also common in Austria and Germany. It is an uncommon given name. People with the name or its variants include: 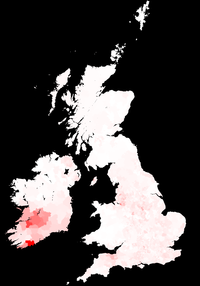 Hayes is an English language surname. In the United States Census, 1990, Hayes was the 100th most common surname recorded. The oldest record of the surname dates to 1197 in the Eynsham Cartulary of Oxfordshire, where it appears in the form Heise. There are nineteen coats of arms assumed by or granted to individuals with this or a similar surname. Though primarily a surname, "Hayes" sometimes appears as a given name in census records.

Marinescu is a Romanian surname deriving from the given name "Marin". Notable people with the surname include:

Shirley Brasher is a former tennis player from England who won three Grand Slam titles during her career and who was the top-ranked singles player in her country in 1957.

The Bishop of Hereford's Bluecoat School (BHBS) is a mixed comprehensive secondary school in the Tupsley district of Hereford, England. It is a voluntary aided school, which takes children from the age of 11 through to the age of 16. It is a Church of England school and is administered by the Hereford Diocese. The current Headteacher of the school is Martin Henton. The immediate past Headteacher was Sara Catlow-Hawkins who retired in 2018. She succeeded Andrew Marson in September 2007. Marson had led the school for 21 years.

Mona is a female, and sometimes male, given name and a surname of multiple origins.

Priscilla June Welch is a British retired marathon runner. She twice broke the British record for the marathon, with 2:28:54 when finishing sixth at the 1984 Los Angeles Olympics and 2:26:51 when finishing second at the 1987 London Marathon. The latter time stood as the W40 World Masters record for over 20 years. She also won the 1987 New York City Marathon.

Ángela Gurría Davó is a Mexican sculptor. In 1974, she became the first female member of the Academia de Artes. She is best known for her monumental sculptures such as Señal, an eighteen meter tall work created for the 1968 Summer Olympics. She lives and works in Mexico City. 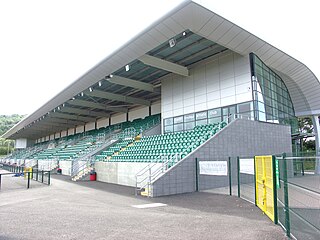 Cardiff Amateur Athletic Club, formed in 1882 as Roath (Cardiff) Harriers, is an athletics s based at the Cardiff International Sports Stadium, Cardiff. The club began as a cross country club, the first athletics only club in Wales. Roath Harriers runners became individual and team champions of the first Welsh Cross Country Championships, held on 7 March 1894. Roath Harriers shared Maindy Stadium with Birchgrove Harriers from its opening in 1951 and the two clubs amalgamated to form Cardiff Amateur Athletic Club in 1968. Cardiff were British Athletics League champions in 1973, 1974, and 1975 and remain one of the top twelve clubs in Britain.

Susan Julia Wightman is a retired long-distance runner from Great Britain. Representing Wales, she finished sixth in the 10,000 metres at the 1986 Commonwealth Games. She set her personal best of 2:31:33 in the marathon, when finishing 12th at the 1988 Seoul Olympics. At the 1988 Great North Run, she became the first British woman to run a sub-70 minute half-marathon, running 69:46 to finish second behind Greta Waitz. This would stand as the UK record until 1991 when Liz McColgan ran 69:15.

Angela Hannah is a British sprint canoer who has competed since 2007. In the 2012 European Championships she finished 4th in the K4 500m event. She is part of the women's K4 500 m Great Britain team for the 2012 Olympics.

Angela Winstanley-Smith is a British water polo player, and coach.

Jill Boltz is an English former distance runner who represented Great Britain at the 1988 Seoul Olympics and the 1992 Barcelona Olympics. She won a silver medal in the 10,000 metres at the 1990 Commonwealth Games. In 1991, she broke the World Best for 10 miles, with 51:41 in New York City. She also twice won the AAA Championships 10,000 metres title.