This compilation includes the collaboration of many artists. It includes the Remix of The Killers Read My Mind and the hit by D. Ramirez & Mark Knight Colombian Soul.

Mushroom Jazz is a series of musical compilations by DJ Mark Farina. Originating in 1992 these were released on cassette tape, then since 1997 have been commercial CD and vinyl releases. Farina combines elements of downtempo, hip hop, jazz and R&B, French, Latin, beatmatching and mixing songs together. As with Farina's house mixes, the Mushroom Jazz series incorporates transitional effects and a generally dry reverb tone.

The DJ 3 In The Mix is the third DJ mix compilation by German producer and remixer ATB, which was released on February 17, 2006. The DJ 3 is a double-CD album, and includes songs by various DJs and producers, all mixed and compiled by ATB.

"New York, New York" is a song by American electronica musician Moby. The song features guest vocals by Debbie Harry. It was released as the first and only single from his compilation album Go – The Very Best of Moby on October 23, 2006.

Sandra Collins Part 2 is a mix created by DJ Sandra Collins. It was released in 2006 under the Perfecto Label, which is owned by Paul Oakenfold.

"Read My Mind" is a song by American rock band The Killers. It was released on February 13, 2007 as the third single from their second studio album, Sam's Town (2006). It peaked at number 62 on the Billboard Hot 100. It also charted at number 15 on the UK Singles Chart. 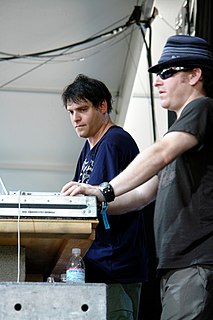 Gabriel & Dresden is an American electronic music duo comprising Josh Gabriel and Dave Dresden, formed in San Francisco. They collaborated from 2001 to 2008, then again from 2011 to the present. During that time, they have created numerous hit songs and remixes, some of which are considered classics. They won the coveted Winter Music Conference IDMA award for "Best American DJ" twice, in 2007 and 2008, the latter time on the same day that the group split up. The pair reunited in early 2011 and proceeded on a reunion tour, which began at Ruby Skye in San Francisco on March 4, 2011. They produced three studio albums together: self-titled album (2006), The Only Road (2017) which was released after an 11-year hiatus period, and Remedy (2020). 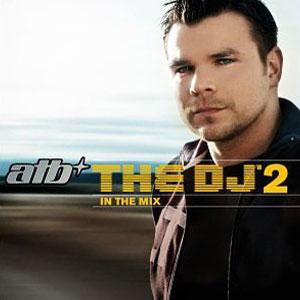 The DJ 2 In The Mix is the second DJ mix compilation by German producer and remixer ATB, which was released on November 15, 2004. The DJ 2 is a double-CD album, and includes songs by various DJs and producers, all mixed and compiled by ATB. 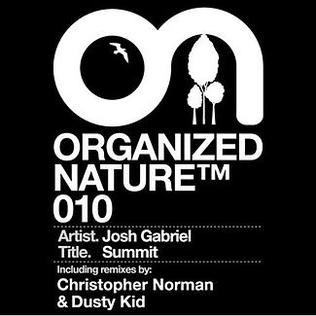 "Summit" is a song by Josh Gabriel, released as a single/EP in 2007 and reaching number 2 in the buzz chart. It includes remixes by Gabriel himself, Christopher Norman and Dusty Kid. It was exclusively released on Beatport on November 15, and was available on iTunes Store from November 29. This is the tenth release from Gabriel & Dresden's label, Organized Nature, and Gabriel's third single/EP after "Wave 3" and "Alive". 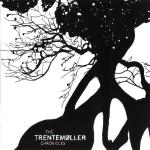 The Trentemøller Chronicles is a compilation album by Danish electronic musician Trentemøller, released on October 1, 2007. The first disc acts as a mix session, mixed by Trentemøller and the second disc contains selected Trentemøller remixes in their full length. The double album is also available on vinyl and as digital download.

Simon Neale, known by his stage names Shadow Child and Dave Spoon, is an English radio DJ and dance music producer. He's also part of the duo Avec alongside Doorly. He was part of the line-up on BBC Radio 1's "In New DJs We Trust" feature, which ran from Thursday night to Friday morning at 2 am to 4 am. The DJ has become notable for his hits, "Bad Girl " with Lisa Maffia and "Baditude" with Sam Obernik. His first release as Shadow Child was on Dirtybird Records in March 2012, and he's since formed his own record label, Food Music, alongside Lewis of Kry Wolf. Simon has a show on Rinse FM from 9 am to 1 pm every Wednesday evening as Shadow Child. 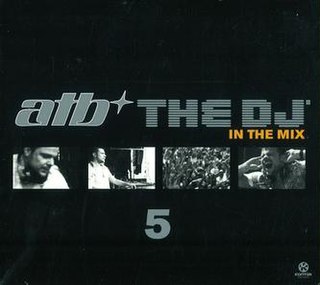 The DJ 5 In The Mix is the fifth DJ mix compilation by German producer and remixer ATB, which was released on January 12, 2010. The DJ 5 is a triple-CD album, and includes songs by various DJs and producers, all mixed and compiled by ATB.

The DJ 6 in the Mix is the 6th volume from "The DJ in the Mix" series mixed by the German DJ ATB. It was released by Kontor Records on 31 December 2010 and it features tracks produced by George Acosta, Amurai, Andy Duguid, The Thrillseekers, Andain and many more.

Ministry of Sound Sessions Two is a dance music compilation album and the second installment of the Australian Ministry of Sound "sessions" series which started back in 2004. There are a total of 40 tracks spread across the two discs. Disc One was mixed by John Course and Disc Two was mixed by Mark Dynamix. "Sessions Two" finished 2005 with the Number 2 position in the ARIA 2005 End Of Year Dance Albums Charts.

Back 2 Back 3 is a 2-disc DJ mix by German trance duo Cosmic Gate from the series Back 2 Back. Released October 29, 2007, each disc in the volume contained mixed songs by the likes of Markus Schulz, Tiësto and other DJs. It was released on Black Hole Recordings.

Alessandro, now known as Flashmob, is an Italian DJ/producer signed by Defected Records, Get Physical Music and Toolroom Records. The debut record as Flashmob was Brick House, a record that was signed to pioneering Berlin imprint Get Physical. This was then followed by "Ninety Five" and "Need In Me" which has now passed 20 million views on YouTube and was awarded the accolade of Essential New Tune by Pete Tong and the biggest selling track on Defected of 2012.

The following is a discography of production credited to Diamond D.

The following list is a discography of production credited to Prince Paul, an American hip hop record producer and recording artist from Amityville, New York. It includes a list of songs produced, co-produced and remixed by year, artist, album and title.