Toom may refer to:

Toom–Cook, sometimes known as Toom-3, named after Andrei Toom, who introduced the new algorithm with its low complexity, and Stephen Cook, who cleaned the description of it, is a multiplication algorithm for large integers. 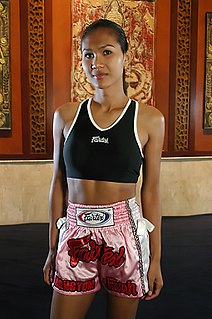 Parinya Charoenphol, born 9 June 1981, nicknamed Toom, also known by the stage name Parinya Kiatbusaba and the colloquial name Nong Toom, is a Thai boxer, former muay Thai champion, model and actress. She was a kathoey, a Thai word for a pre-operative transsexual woman. At the age of 18, she underwent sex reassignment surgery.

Andrei Leonovich Toom, also known as André Toom, is a Russian mathematician currently living in New York City, famous for his early work in analysis of algorithms, cellular automata, probability theory and lifelong interest in mathematical education. Currently, Toom is a retired professor of the statistics department at Federal University of Pernambuco in Brazil. 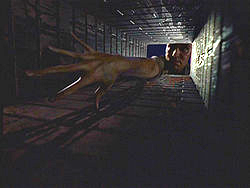 "Squeeze" is the third episode of the first season of the American science fiction television series The X-Files. It premiered on the Fox network on September 24, 1993. "Squeeze" was written by Glen Morgan and James Wong and directed by Harry Longstreet, with Michael Katleman directing additional footage. The episode featured the first of two guest appearances by Doug Hutchison as the mutant serial killer Eugene Victor Tooms, a role he would reprise in "Tooms". "Squeeze" is the first "monster-of-the-week" episode of The X-Files, a stand-alone plot which is unconnected to the series' overarching mythology.

"Captain of Your Ship" is a pop song, first recorded by the US girl group Reparata and the Delrons, and released as a single in 1968 on the Bell record label. It was written by Kenny Young and Ben Yardley.

The Macquarie River is a major perennial river located in the Midlands region of Tasmania, Australia.

The REWE Group is a German diversified retail and tourism co-operative group based in Cologne, Germany. The name REWE comes from Revisionsverband der Westkauf-Genossenschaften", meaning "Western Buying Co-operatives Auditing Association". The most important companies under the umbrella of the REWE Group operate under the REWE-Zentral AG and REWE-Zentralfinanz eG names. The basis of the co-operative trade group consists of a network of independent retailers. In the 2017 financial year, the REWE Group had total external sales of €57.8 billion. The REWE Group is the second largest supermarket chain in Germany behind EDEKA. 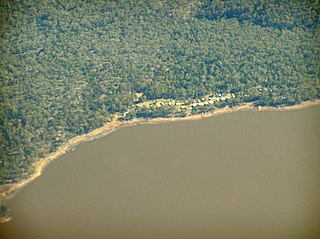 Tooms Lake is the name of both a lake and a village in the eastern midlands of Tasmania. The lake is artificial and shallow, covering 6.6 km2 (2.5 sq mi).

"Tooms" is the twenty-first episode of the first season of the American science fiction television series The X-Files. It premiered on the Fox network on April 22, 1994. "Tooms" was written by Glen Morgan and James Wong, and directed by David Nutter. The episode featured Mitch Pileggi's first appearance as Assistant Director Walter Skinner, and saw Doug Hutchison and William B. Davis reprise their roles as Eugene Victor Tooms and the Smoking Man, respectively. The episode is a "monster-of-the-week" story, a stand-alone plot which is unconnected to the series' wider mythology. "Tooms" earned a Nielsen household rating of 8.6, being watched by 8.1 million households in its initial broadcast; and received positive reviews from critics.

Willem den Toom was a Dutch politician of the People's Party for Freedom and Democracy (VVD). 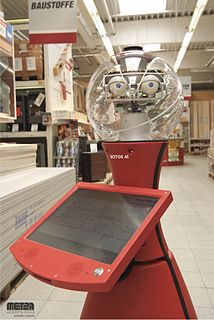 MetraLabs GmbH, develops and produces Mobile Robotic Platforms for the industrial and the commercial market. MetraLabs was founded in 2001 in Ilmenau, Germany.

Tanel Toom is an Estonian director and screenwriter.

Merily Toom is an Estonian football player who plays as a forward for Naiste Meistriliiga club Pärnu. She represented the Estonia national team from 2012 to 2017.

The brand Minimal was used for a former chain of full-service supermarkets that was operated in Germany and Poland by Rewe Group until 2006.

Toom is a common surname in Estonia. Notable people with the surname include: 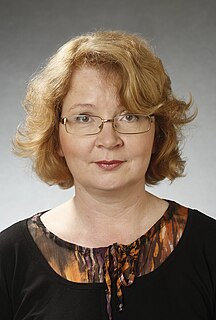 Yana Toom is an Estonian politician and Member of the European Parliament from Estonia. She is a member of the Estonian Centre Party, part of the Alliance of Liberals and Democrats for Europe.