Toomas Helin (born 25 April 1966 in Pärnu - died 27 January 2021) was an Estonian drug smuggler. Police considers Helin to have been among the leaders of the so-called Linnuvabriku group of organised crime. [1]

In 2002, when he was still under criminal investigation under suspicion of attempting to smuggle about a tonne of marijuana from Africa to Estonia, Helin gained notoriety by his bail, which was on 18 September 2002 set on 1.5 million Estonian kroons. [2] As of 2007 [update] , it's still the largest bail set in Estonia.

In April 2005, Helin was convicted for several drug-related crimes, including the attempt to smuggle 973.46 kg of marijuana from Malawi to Estonia, and sentenced to six years and six months of imprisonment. [3] Along with him were convicted Indrek Sürje and Märt Joller. Notably, all three were cleared of charges of membership in criminal organisation, sometimes (incorrectly) compared with the Common Law crime of criminal conspiracy.

In September 2007, he was released from prison. In April Helin was detained. On 30 April Estonian court decided to extradite him to Germany, suspected of organizing theft of luxury cars.

German prosecutors suspect that Helin may have been one of the men involved in masterminding theft of 64 luxury cars in Baden-Württemberg and elsewhere in Germany in the total value of about EUR 4 mln.

Stolen vehicles were quickly driven to South of France and Spain where they were sold with a huge profit. 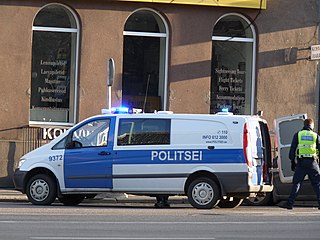 Crime in Estonia is combated by the Estonian police and other agencies. 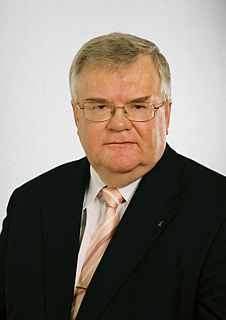 Edgar Savisaar is an Estonian politician, one of the founding members of Popular Front of Estonia and the Centre Party. He has served as the acting Prime Minister of Estonia, Minister of the Interior, Minister of Economic Affairs and Communications and mayor of Tallinn.

The 20th Waffen Grenadier Division of the SS was a foreign infantry division of the Waffen-SS, an armed branch of the German Nazi Party that served alongside but was never formally part of the Wehrmacht during World War II. According to some sources, the division was under Reichsführer-SS Heinrich Himmler's overall command but was not an integral part of the Schutzstaffel (SS). It was officially activated on 24 January 1944, and many of its soldiers had been members of the Estonian Legion and/or the 3rd Estonian SS Volunteer Brigade, which had been fighting as part of German forces since August 1942 and October 1943 respectively. Both of the preceding formations drew their personnel from German-occupied Estonia. Shortly after its official activation, widespread conscription within Estonia was announced by the German occupying authorities. The division was formed in Estonia around a cadre comprising the 3rd Estonian SS Volunteer Brigade, and was initially known as the 20th Estonian SS Volunteer Division.

Estonia sent 28 athletes to the 2006 Winter Olympics in Turin, Italy. Half of them competed in cross-country skiing, where Estonia won all of their three Turin Olympic medals. Olympic champion Andrus Veerpalu participated on his 5th Winter Olympics.

Serbian organized crime or Serbian mafia are various criminal organizations based in Serbia or composed of ethnic Serbs in the former Yugoslavia and Serbian diaspora. The organizations are primarily involved in smuggling, arms trafficking, heists, drug trafficking, protection rackets, and illegal gambling. The mafia is composed of several major organized groups, which in turn have wider networks throughout Europe. 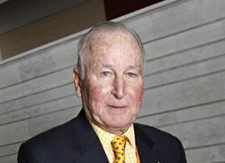 Eduardo Arellano Félix is a Mexican drug trafficker, brother of Benjamín, Ramón, Javier and sister Enedina, all drug traffickers. The Arellano-Félix Organization, also known as the Tijuana Cartel, has been responsible for numerous murders and the smuggling of thousands of tons of marijuana, cocaine, heroin and methamphetamine for more than a decade. The DEA believes that the Arellano-Félix brothers were responsible for the numerous smuggling tunnels that were found in January 2006.

Timothy "Timmy the Bat" Mello, is a mobster associated with the Patriarca crime family.

Organized crime in Nigeria includes activities by fraudsters, bandits in northern Nigeria, drug traffickers and racketeers, which have spread across Western Africa. Nigerian criminal gangs rose to prominence in the 1980s, owing much to the globalization of the world's economies and the high level of lawlessness and corruption in the country.

Bhutan has a low crime rate. Incidents of petty crime are occasionally reported in the country. Violent crime is very uncommon. Some cases of drug abuse are reported; alcohol abuse is a problem. But in general, drug trafficking is low. The most serious threat to Bhutan's security is terrorism by different terrorist groups from neighboring countries illegally camped in the nation.

The 14K (十四K) is a triad group based in Hong Kong but active internationally. It is the second largest triad group in the world with around 20,000 members split into thirty subgroups. They are the main rival of the Sun Yee On, which is the largest triad.

36th Estonian Police Battalion was an Estonian rear-security unit during World War II that operated under command of the German SS.

Aleksander (Alexander) Laak was a lieutenant and the commander of the Jägala concentration camp during the German occupation of Estonia.

Estonia participated in the Eurovision Song Contest 2013 in Malmö, Sweden. The Estonian entry was selected through the national selection "Eesti Laul 2013", organised by the Estonian broadcaster ERR. The song "Et uus saaks alguse", performed by Birgit and written by Mihkel Mattisen and Silvia Soro, represented the country and qualified from the first semi-final. The song went on to place 20th in the final, scoring 19 points.

The Hutch–Kinahan feud is a major ongoing feud between two criminal organizations in the Republic of Ireland that has resulted in the deaths of eighteen people. The Hutch gang, led by Gerry Hutch, and the Kinahan Family, led by Christy Kinahan, are the main participants.