Toomas Krõm (born 22 September 1971 in Tallinn) is a former professional footballer from Estonia, playing as a forward. Born in Tallinn, he twice became topscorer of the Premier Estonian League, named Meistriliiga: in 1999 and 2000. Krõm obtained a total number of 11 caps for the Estonia national football team during his career. [1] [2]

Tallinn is the most populous, primate, and capital city of Estonia. Situated on a bay in north Estonia, on the shore of the Gulf of Finland of the Baltic Sea, Tallinn has a population of 437,811 and administratively lies in the Harju maakond (county). Tallinn is the main financial, industrial, and cultural centre of Estonia. It is located 187 km (116 mi) northwest of the country's second largest city Tartu, however only 80 km (50 mi) south of Helsinki, Finland, also 320 km (200 mi) west of Saint Petersburg, Russia, 300 km (190 mi) north of Riga, Latvia, and 380 km (240 mi) east of Stockholm, Sweden. From the 13th century until the first half of the 20th century, Tallinn was known in most of the world by variants of its other historical name Reval. 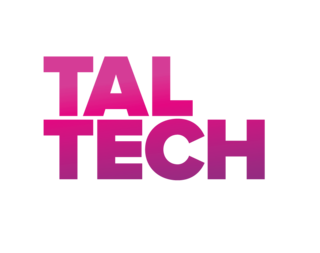 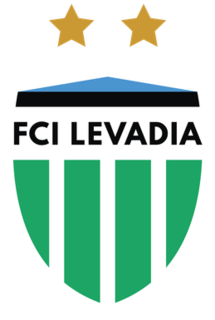 Football Club Infonet Levadia Tallinn, commonly known as FCI Levadia, or simply as Levadia, is a professional football club based in Tallinn, Estonia, that competes in the Meistriliiga, the top flight of Estonian football. The club's home ground is Lilleküla Stadium.

The Estonia national football team represents Estonia in international football matches and is controlled by the Estonian Football Association, the governing body for football in Estonia. Estonia's home ground is Lilleküla Stadium in Tallinn.

Urmas Hepner is an Estonian former footballer, who is currently coaching Levadia Tallinn's reserves, as well as working in the club's youth system. In 1992 Hepner was named Estonian Footballer of the Year.

Toomas Tohver is a retired Estonian international football goalkeeper, with 24 caps to his name. Tohver started his professional career at Flora Tallinn and had two spells abroad, first in Sweden and then in Norway.

Toomas is an Estonian masculine given name, a cognate of Thomas.

The 2012 season of the Esiliiga, the second level in the Estonian football system, is the twenty-third season in the league's history. The season officially began on 11 March 2012 and concluded on 4 November 2013. The previous league champions Tallinna Kalev were promoted to the Meistriliiga while Legion and Warrior were relegated to the II Liiga. For this season those three teams were replaced by Rakvere Tarvas from II liiga East/North division and Tartu SK 10 and Tammeka II from II liiga West/South division.

Thomas Edur is an Estonian former ballet dancer, and the artistic director of Estonian National Ballet.

Edgar Puusepp was an Estonian wrestler and wrestling coach. He competed in the men's Greco-Roman welterweight at the 1936 Summer Olympics, achieving 4th place. He won a silver medal in Greco-Roman wrestling at the 1939 European Wrestling Championships.

This article lists events that occurred during 2007 in Estonia.

Toomas Tõnise is an Estonian modern pentathlete and sports professional.

Boris Joffe is an Estonian fencer and coach.

Toomas Merila is an Estonian athletics competitor and coach.