Top Energy owns and manages the electricity lines network in the far north of New Zealand, including Kaitaia, Kerikeri and Kaikohe. The service area covers 6,822 km2 and serves over 32,000 customers. [1]

Far North power consumers connected to Top Energy’s line network own Top Energy with the shares being held, on their behalf, by the Top Energy Consumer Trust. [2]

The Top Energy distribution network is connected to the national grid at Kaikohe substation.

Top Energy owns and operates a geothermal power station on the Ngawha geothermal field which produces 56MW. The initial station was built in 1998 (10MW) and expanded by 15MW in 2008 and again on 2020 with a further 31MW. 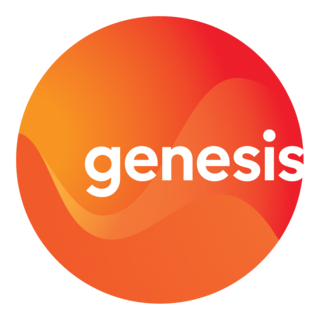 Genesis Energy Limited, formerly Genesis Power Limited, is a New Zealand publicly listed electricity generation and electricity, natural gas and LPG retailing company. It was formed as part of the 1998–99 reform of the New Zealand electricity sector, taking its generation capacity from the breakup of the Electricity Corporation of New Zealand (ECNZ) and taking retail customers from three local power boards in the Lower North Island. 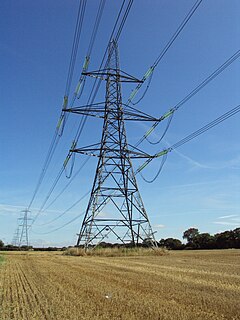 In the electricity sector in the United Kingdom the National Grid is the high-voltage electric power transmission network serving Great Britain, connecting power stations and major substations and ensuring that electricity generated anywhere on it can be used to satisfy demand elsewhere. The network covers the great majority of Great Britain and several of the surrounding islands. It does not cover Ireland; Northern Ireland is part of a single electricity market with the Republic of Ireland.

District heating is a system for distributing heat generated in a centralized location through a system of insulated pipes for residential and commercial heating requirements such as space heating and water heating. The heat is often obtained from a cogeneration plant burning fossil fuels or biomass, but heat-only boiler stations, geothermal heating, heat pumps and central solar heating are also used, as well as heat waste from nuclear power electricity generation. District heating plants can provide higher efficiencies and better pollution control than localized boilers. According to some research, district heating with combined heat and power (CHPDH) is the cheapest method of cutting carbon emissions, and has one of the lowest carbon footprints of all fossil generation plants.

The Huntly Power Station is the largest thermal power station in New Zealand and is located in the town of Huntly in the Waikato. It is operated by Genesis Energy Limited, a publicly listed company. The station has four operational generating units – two 250 MW coal-and-gas-fired steam turbine units, a 50 MW gas peaking plant, and a 403 MW combined cycle gas turbine plant. The station also plays an important role in voltage support for the Northland, Auckland and Waikato regions.

The Ngawha geothermal field is a geothermal area in the North Island of New Zealand. It is situated approximately 5 km east of Kaikohe and is centred on the village of Ngawha Springs. The field covers an area of around 25 km² and as such, is much smaller than the other major high-temperature geothermal field in New Zealand, the Taupo Volcanic Zone. The hot springs arising in this area are slightly acidic and are rich in ammonia, bicarbonate, boron and mercury, which is not typical of other springs in New Zealand.

El Salvador is the largest producer of geothermal energy in Central America. Except for hydroelectric generation, which is almost totally owned and operated by the public company CEL, the rest of the generation capacity is in private hands. With demand expected to grow at a rate of 5% in the coming years, the Government's 2007 National Energy Strategy identified several hydroelectric and geothermal projects as the best option to meet demand in the future and to diversify the country's energy mix. 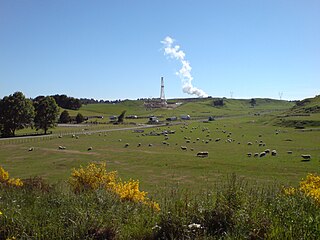 Geothermal power in New Zealand is a small but significant part of the energy generation capacity of the country, providing approximately 17% of the country's electricity with installed capacity of over 900MW. New Zealand, like only a small number of other countries worldwide, has numerous geothermal sites that could be developed for exploitation, and also boasts some of the earliest large-scale use of geothermal energy in the world. 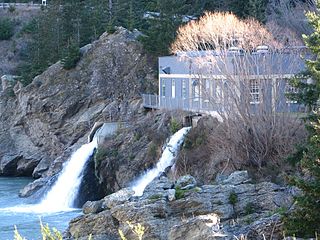 The Wairakei Power Station is a geothermal power station near the Wairakei Geothermal Field in New Zealand. Wairakei lies in the Taupo Volcanic Zone.

The Poihipi Power Station is a geothermal power station owned and operated by Contact Energy. It is located on Poihipi Road near Taupo in New Zealand.

Marlborough Lines Limited is an electricity distribution company, based in Blenheim, New Zealand. Marlborough Lines is responsible for subtransmission and distribution of electricity to approximately 25,400 customers in the Marlborough Region over a service area of 11,330 km2 (4,370 sq mi). The network includes approximately 3,400 km (2,100 mi) of power lines extending to some very isolated areas across the region, including the extremities of the Marlborough Sounds, which can only be reached by boat or helicopter.

Northpower Limited (Northpower) is an electricity distribution company, based in Whangarei, New Zealand.

The Mokai Power Station is a geothermal power station owned by the Tuaropaki Power Company and operated by Mercury Energy. It is located approximately 30 km north west of Taupo in New Zealand. The station uses a binary cycle manufactured by Ormat Industries.

The electricity sector of Armenia includes several companies engaged in electricity generation and distribution. Generation is carried out by multiple companies both state-owned and private.