The second season of the History Channel television series Top Shot , titled Top Shot Reloaded commenced airing on February 8, 2011, and concluded on April 26, 2011. The season contained twelve episodes, and was filmed over a period of 35 days in the fall of 2010 in Santa Clarita, California. The winner of the season was American Chris Reed.

No practice sessions were held for the preliminary and team challenges. The trainer for the elimination challenge was Bill Davis, a .44 Magnum expert.

Before the start of the team challenge, John withdrew from the competition, citing injuries to both legs. Since this decision left the Blue Team with one extra player, they were allowed to decide for themselves who would be benched.

^1 There was a second-place tie between Jay and Kyle. It was broken by Maggie's vote.
^2 Jay and Jermaine each scored 6 points, Jay with 6 "foes" and no "friends," Jermaine with 7 "foes" and 1 "friend." Since Jay hit fewer "friends," he won the challenge.

The trainer for both challenges was Chris Brackett, a compound bow expert.

The trainers for both challenges were Simon "J.J." Racaza and Blake Miguez, two contestants from Season 1.

The trainer for both challenges was Jack Dagger, primitive weapons expert.

^6 There was a three-way tie between Jay, Daryl, and Ashley. Donaldson drew Ashley's name and announced that he would be safe from elimination.

The teams were dissolved in this episode. All players received green shirts and began to compete directly against one another for the rest of the season.

After the individual challenge, all players voted on the nomination range. The top two vote-getters then competed in an elimination challenge as in earlier episodes.

^7 1,000 yards is the longest shot trainees take before graduating from sniper school.

The trainer for both challenges was Iain Harrison, the winner of Season 1.

No practice sessions were held in this episode. The five individual players eliminated prior to the final challenge returned to watch it.

Epilogue: Behind the Bullet

Premiering after the final episode, Top Shot Behind the Bullet, was a one-hour documentary involving behind-the-scene interviews and footage taken before, during, and after the season two competition. At the end of the episode, the show profiled each of the contestants, post-competition.

The Big Break is a reality television program broadcast by the Golf Channel. The show's premise was to award an aspiring professional golfer exemptions into selected events or full-season exemptions on lower-level tours. The series debuted on October 6, 2003. 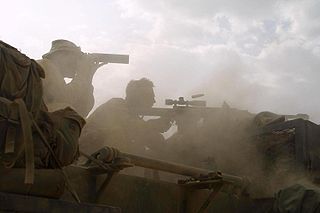 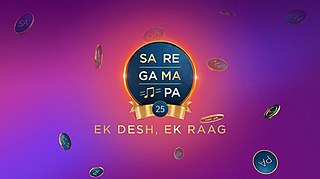 Sa Re Ga Ma Pa is an Indian musical reality TV show. It started airing on Zee TV in 1995 as Sa Re Ga Ma. It is the oldest running singing reality show in India along with Telugu-language music reality show Padutha Theeyaga. Both of them started in the same period.

The Biggest Loser: Couples is the fifth season of the NBC reality television series The Biggest Loser. The fifth season premiered on January 1, 2008 with ten overweight couples competing for a cash prize of $250,000. This season featured Alison Sweeney as the host, with trainers Bob Harper and Jillian Michaels; all three returning from season four.

The third season of the History Channel television series Top Shot, commenced airing on August 9, 2011. The season contained twelve episodes, and was filmed over a period of 35 days in Santa Clarita, California. The season was won by Dustin Ellermann.

Brian Zins is a retired United States Marine Corps Military Police Gunnery Sergeant. He is also a competitive shooter known for his proficiency with the M1911 pistol with which he holds various records at the NRA and other events. He is also known for competing in the second season of History Channel's marksmen competition Top Shot.

Maggie Reese is a professional shooter and USPSA champion. She is also known for competing in the second season of History Channel's marksmen competition Top Shot.

MasterChef Australia All-Stars is an Australian cooking reality show which screened on Network Ten from 26 July 2012. It featured a number of returning contestants from the first three seasons of MasterChef Australia, revisiting past challenges in order to raise money for charity.

Chris Cheng is an American sport shooter and The History Channel's Top Shot Season 4 Champion. Along with the title of "Top Shot", Cheng won a $100,000 cash prize and a professional marksman contract with the show's sponsor, Bass Pro Shops.

Jamie Franks is a US Navy Veteran and a competitive shooter known for being on the History Channel's marksmen competition show Top Shot. After performing well in Season 2, Franks was invited back to compete on Top Shot Allstars. Since competing on Top Shot, Franks has focused more on competitive shooting and has become a fierce competitor in multi gun.