Top Model may also refer to:

This disambiguation page lists articles associated with the title Top model.
If an internal link led you here, you may wish to change the link to point directly to the intended article.

In general, a model is an informative representation of an object, person or system. The term originally denoted the plans of a building in late 16th-century English, and derived via French and Italian ultimately from Latin modulus, a measure. In detail, model may refer to:

My, in English, is the genitive form of I (pronoun), or the first-person, possessive determiner. 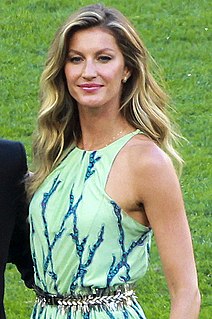 Gisele Caroline Bündchen is a Brazilian model, activist, and businesswoman.

Adriana Lima is a Brazilian supermodel and actress, best known as a Victoria's Secret Angel from 1999 to 2018. She was the longest-running model and named "the most valuable Victoria's Secret Angel" in 2017. She is also known as a spokesmodel for Maybelline cosmetics since 2003, and for her Super Bowl and Kia Motors commercials. At age 15, Lima won Ford's "Supermodel of Brazil" competition, and took second place the following year in the Ford "Supermodel of the World" competition before signing with Elite Model Management in New York City.

Alessandra Corine Ambrósio is a Brazilian-American model, actress, fashion designer, businesswoman and television personality. She is known for her work with Victoria's Secret and was chosen as the first spokesmodel for the company's PINK line. Ambrosio was a Victoria's Secret Angel from 2004 to 2017 and has modeled for fashion houses such as Christian Dior, Armani, Ralph Lauren, and Next.

Veloso is a Portuguese surname that means "hairy"

Schürmann is a family name that comes from Old German language, meaning "one who shears," probably referring to sheep-shearing.

Carvalho or De Carvalho, meaning 'oak', is a Portuguese surname.

Maria Izabel Goulart Dourado is a Brazilian fashion model. She is best known as having been one of the Victoria's Secret Angels from 2005 to 2008 and for her work with Sports Illustrated Swimsuit Issue and Armani Exchange.

Alves is a surname that appears to originate both from Portugal and Scotland. It is debatable whether the surname appeared first in one country or the other, since it is more prevalent in Portugal, but registered as far back as the 13th century in the church records at Alves, Moray, Northern Scotland. 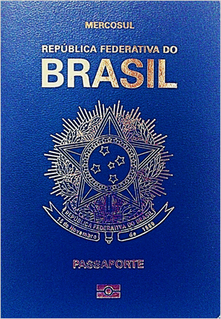 The Brazilian passport is the official document for foreign travel issued by the federal government, through the Federal Police.

Barros is a Portuguese and Galician surname. It may refer to:

Togni is an Italian surname, may refer to: 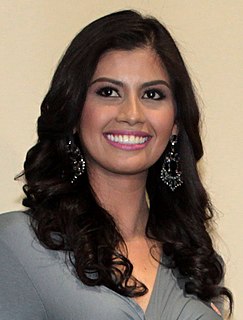 Shamcey Gurrea Supsup-Lee is a Filipino architect, beauty pageant titleholder, and pageant director. She was crowned as Binibining Pilipinas Universe 2011 thereby representing her country in the 60th Miss Universe pageant in São Paulo, Brazil where she took placement as 3rd Runner-Up.

Reis is a common surname in the Portuguese language, namely in Portugal and Brazil. It was originally a Christian devotional family name of the Middle Ages, probably due to the Portuguese name for the Biblical Magi, the Reis Magos. Sometimes the surname is dos Reis. The Reis surname does not denote a single genealogical origin and there are many families bearing that surname. The Reis etymology is probably from the Latin Rex ("King"), and it is noticeable that it has relations with the German Reich, and the Dutch Rijk, the Germanic names Rick, Rich, Richard, etc. The Spanish version of this surname is Reyes.

The surname Lessa may refer to: