Last updated January 30, 2021
Genus of birds
This article is about hummingbirds from the genus Topaza. For the ruby topaz, see Ruby-topaz hummingbird.

The topazes are two species of hummingbirds in the genus Topaza. They are found in humid forests in the Amazon Basin. Males are by far the largest hummingbirds in their range – the giant hummingbird of the Andes is the only larger species in the family. Males have a total length of about 22 cm (8 3⁄4 in), although this includes their elongated rectrices. They are colourful, being mainly strongly iridescent golden and crimson with a black hood and a green throat. Females lack the elongated rectrices and have a mainly green plumage. [1]

The genus Topaz was introduced by the English zoologist George Robert Gray in 1840 with the crimson topaz as the type species. [2] [3] The genus contains two species, the crimson topaz and the fiery topaz. [4] Although generally considered to be distinct species, they have in the past been thought to be conspecific by some authors. [5] 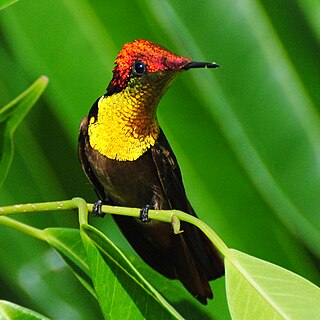 The ruby-topaz hummingbird , commonly referred to simply as the ruby topaz, is a small bird that breeds in tropical northern South America from Colombia, Venezuela and the Guyanas, south to central Brazil and northern Bolivia; also from Colombia into southern Panama and Trinidad. It is the only species placed in the genus Chrysolampis. It is a seasonal migrant, although its movements are not well understood. 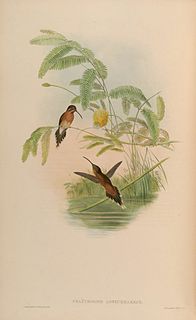 The little hermit is a hummingbird that is a resident breeder in north-eastern Venezuela, northern Guyana, Suriname, French Guiana and Trinidad. This lowland species occurs in various semi-open wooded habitats, e.g. mangrove, secondary forest, plantations and scrub. In Trinidad it also occurs in rainforest. It is fairly common in most of its range, and therefore listed as Least Concern by BirdLife International.

The blue-tailed emerald is a hummingbird found in tropical and subtropical South America east of the Andes from Colombia east to the Guianas and Trinidad, and south to northern Bolivia and central Brazil.

Phaethornis is a genus of hummingbirds in the hermit subfamily, Phaethornithinae. They occur from southern Mexico, through Central America, to South America as far south as northern Argentina. 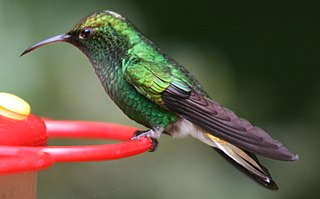 The coppery-headed emerald is a small hummingbird endemic to Costa Rica. It measures a mere 3 in (7.6 cm) in length, and weighs only 3 g (0.11 oz). The male has distinctive coppery crown and rump with a whole green belly and white vent. The female has a white belly and a narrow black subterminal band on white outer rectrices of the tail. Its noticeably decurved bill sets it apart from similar the allopatric white-tailed emerald. 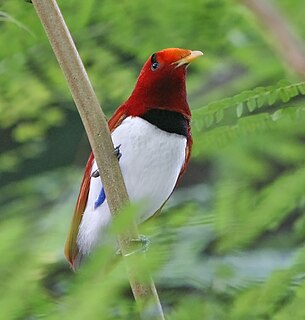 The king bird-of-paradise is a passerine bird of the Paradisaeidae (Bird-of-paradise) family. It is a member of the genus Cicinnurus. 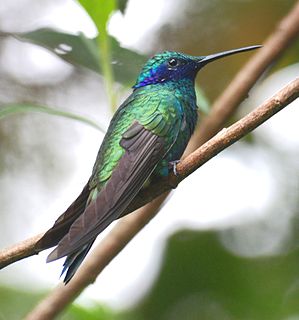 The violetears are hummingbirds of the genus Colibri. They are medium to large species found in Mexico, and Central and northern South America. The Mexican violetear occasionally wanders as far north as the United States and even Canada. 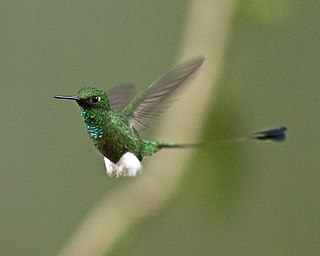 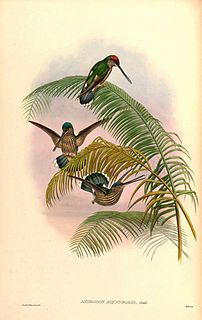 The tooth-billed hummingbird is a species of bird from the family Trochilidae. It is monotypic within the genus Androdon. It is found in humid forests in western Colombia, north-western Ecuador, and far eastern Panama. While generally scarce, localized and associated with the highly threatened humid sections of the Chocó, its range remains relatively large, and it is therefore considered to be of least concern by BirdLife International. 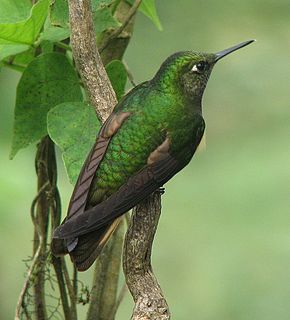 Boissonneaua is a small genus of hummingbirds in the family Trochilidae. They are found in humid Andean forests from western Venezuela to southern Peru. They have a straight black bill, contrasting outer rectrices, and a distinctive habit of quickly lifting both wings up shortly after landing, thereby revealing their rufous underwing coverts. 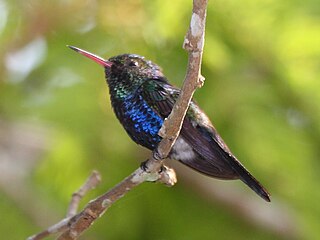 The violet-bellied hummingbird is a species of hummingbird characterized by the male's shimmering violet belly. 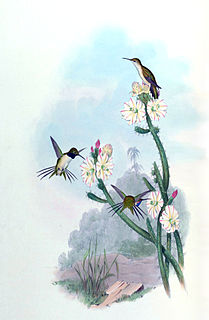 The Chilean woodstar is a small bird in the hummingbird family, Trochilidae. It is restricted to northernmost Chile with reports from southern Peru. Its natural habitats are dry shrubland and rural gardens. It is threatened by habitat loss and is classed as a critically endangered species. It is usually classified in its own genus Eulidia, but is sometimes placed with the purple-collared woodstar in the genus Myrtis. In 2013, it was classed as endangered, but recently, it was classed as critically endangered by the IUCN Red List. 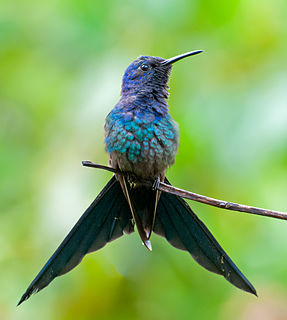 The swallow-tailed hummingbird is a species in the hummingbird family (Trochilidae), found mainly in east-central South America. Most authorities place it in the genus Eupetomena, although some place it in Campylopterus based on song and the thick shafts of the males' first primaries. Its common name and specific epithet both refer to the long, deeply forked, somewhat swallow-like tail. 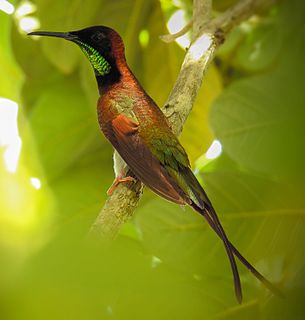 The crimson topaz is a species of hummingbird in the family Trochilidae.

The fiery topaz is a species of hummingbird in the family Trochilidae. It has brilliant iridescent plumage and resides in northern South America, where it consumes nectar and insects. 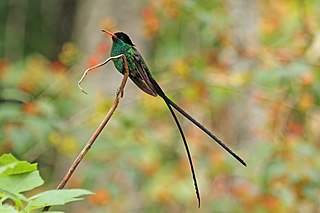 The streamertails are hummingbirds in the genus Trochilus, which is endemic to Jamaica. It is the type genus of the family Trochilidae. Today most authorities consider the two taxa in this genus as separate species, but some continue to treat them as conspecific, in which case scitulus is a subspecies of T. polytmus. A wide range of common names apply to this combined species, including green-and-black streamertail, Jamaican streamertail or simply streamertail. The name streamertail is a reference to the greatly elongated rectrices of the males. 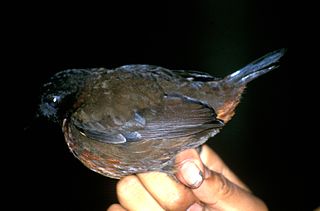 Formicarius is a genus of passerine birds in the family Formicariidae. These birds are all found in the tropical New World, from southern Mexico south to Central America and northern South America. All are named as antthrushes, and are insectivorous forest birds. They are largely terrestrial, feeding mainly on the ground on ants and other insects. 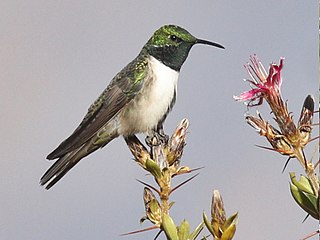 The green-headed hillstar is a species of hummingbird found in the Andes of southern Ecuador and northern and central Peru. It is one of 6 species in the genus Oreotrochilus, and can be distinguished from its relatives by subtle differences in plumage coloration. The green-headed hillstar received its name due to its bronze and green crown and gorget of bright emerald green plumage. The species was first discovered by English ornithologist Osbert Salvin in 1895 and named after Polish ornithologist Jean Stanislaus Stolzmann.