Topel or Töpel may refer to

Teplá is a town in the western Czech Republic.

Topel Lee is an acclaimed Filipino film director, TV director and music video director known for the cinematography in his movies and his strong female characters. He is a resident director of GMA Network and has also been into ABS-CBN currently.

Bernard Joseph Topel was an American prelate of the Roman Catholic Church. He served as Bishop of Spokane from 1955 to 1978.

Aileen Muriel Riggin, also known by her married name Aileen Soule, was an American competition swimmer and diver. She was Olympic champion in springboard diving in 1920 and U.S. national springboard diving champion from 1923 to 1925. After retiring from competitions, she enjoyed a long and varied career in acting, coaching, writing and journalism. She was a swimming celebrity in Hawaii and the United States and an active ambassador of women's swimming well into old age.

Italy competed at the 1912 Summer Olympics in Stockholm, Sweden.

Gurli Ewerlund was a Swedish freestyle swimmer who won a bronze medal in 4×100 m freestyle relay at the 1924 Summer Olympics, along with Aina Berg, Wivan Pettersson and Hjördis Töpel. She also competed in the individual 100 m and 400 m events, but failed to reach the finals. 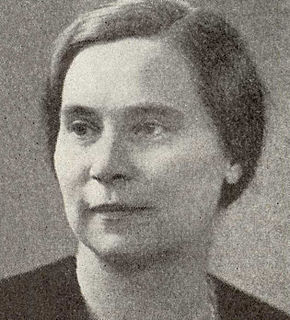 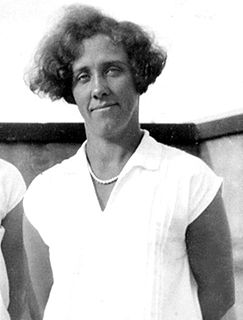 Klas Erik "Nello" Andersson was a Swedish swimmer and water polo player. He competed in water polo at the 1920 and 1924 Summer Olympics and finished in third and fourth place, respectively. In 1912 he was eliminated in the first round of the 100 m freestyle swimming event.

Anna Teresa Margareta "Greta" Johansson was a Swedish diver and swimmer, who competed at the 1912 Summer Olympics. She won the gold medal in the 10 m platform and finished fourth with the Swedish 4 × 100 m freestyle relay team.

Hjördís or Hiordis in Norse mythology is the wife of Sigmund, and the mother of Sigurd. Her father was a king named Eylimi.

Cengiz is the Turkish form of Genghis, as in Genghis Khan. Notable people with the name include:

Cengiz Topel was a fighter pilot of the Turkish Air Force, who was shot down while supporting the Turkish Cypriots during the 1964 inter-communal conflict Erenköy Resistance.

Cengiz Topel Naval Air Station, a.k.a. Topel Airport or formerly Cengiz Topel Air Base, is a Turkish Navy air station located east of İzmit in Kocaeli Province, Turkey. The airport is in joint use for military and civil. Restructured in 1976, it hosts the Turkish Naval Aviation Command with two flying units, the 301st Squadron of fixed-wing aircraft and the 351st Squadron of rotorcrafts.

Zehra Topel is a Turkish chess player. Since 2007, she holds the FIDE title of Woman International Master (WIM).

Robert Andersson may refer to:

Ingegärd Margareta Töpel was a Swedish diver. She competed in the 10 m platform event at the 1928 Summer Olympics, alongside her elder sister Hjördis.

Vilayet Evi is a light-rail station on the Karşıyaka Tram line of the Tram İzmir network. The station consists of two side platforms serving two tracks. Vilayet Evi is located on Şehit Cengiz Topel Avenue in Atakent, Karşıyaka. The station was opened on 11 April 2017, along with the entire tram line.