Toppeladugård Castle (Swedish : Toppeladugårds slott) is a manor house at Lund Municipality in Scania, [Sweden]]. Several of the adjoining buildings, as well as the park around the castle, originate from the 18th-century.

Originally, Toppeladugård was a smaller farm. Toppeladugård was originally an outbuilding under Häckeberga castle. In 1720, the property was bought by Christina Piper (1673–1752) who had the first castle built and the baroque garden created around it. [1]

In 1918, Toppeladugård was acquired by Johan Kuylenstierna. The old three-story buildings were in poor condition at the time of the acquisition and he soon had the main building and the west wing demolished. The current Renaissance style building was erected in 1918–20 the basis of the designs of Lars Johan Lehming (1871–1940). [2] 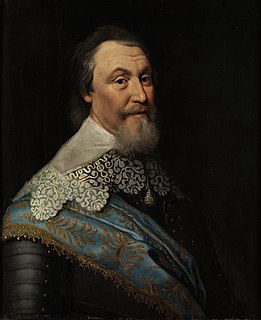 Axel Gustafsson Oxenstierna af Södermöre, Count of Södermöre, was a Swedish statesman. He became a member of the Swedish Privy Council in 1609 and served as Lord High Chancellor of Sweden from 1612 until his death. He was a confidant of first Gustavus Adolphus and then Queen Christina. 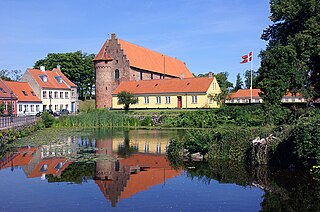 Nyborg is a city in central Denmark, located in Nyborg Municipality on the island of Funen and with a population of 17,268 (2020). It is the easternmost settlement on Funen. By road, it is located 34 km east of Odense, 35 km north of Svendborg and 21 km south of Kerteminde. It also connects to Korsør through the Great Belt Bridge. Nyborg is the seat of Nyborg Municipality, and until 1793 it was also the seat of Nyborg County.

Kuressaare is a town on Saaremaa island in Estonia. It is the administrative centre of Saaremaa Parish and the capital of Saare County. Kuressaare is the westernmost town in Estonia. The recorded population on 1 January 2018 was 13,276. 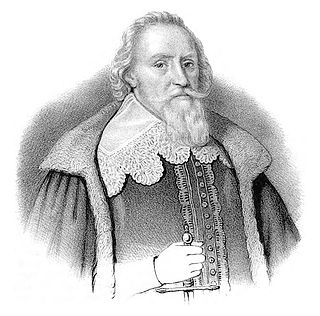 Johan Skytte was a Swedish statesman, who founded University of Tartu.

Hammershus is a medieval era fortification at Hammeren on the northern tip of the Danish island of Bornholm. The fortress was partially demolished around 1750 and is now a ruin. It was partially restored around 1900.

Läckö Castle is a medieval castle in Sweden, located on Kållandsö island on Lake Vänern, 25 kilometers north of Lidköping in Västergötland, Sweden. 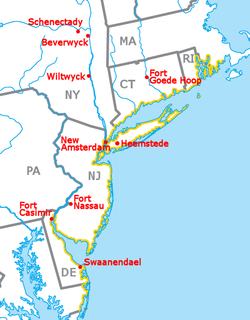 Fort Casimir or Fort Trinity was a Dutch fort in the seventeenth-century colony of New Netherland. It was located on a no-longer existing barrier island at the end of Chestnut Street in what is now New Castle, Delaware.

Sövdeborg Castle is a castle in Sjöbo Municipality, Scania, in southern Sweden. Out of approximately 200 castles in Scania, this is one of about 25 which allows public visitors. The inside of the castle is decorated with stuccos and an oak ceiling carved in cartilage baroque.

Princess Maria Elizabeth of Sweden was a Swedish princess, daughter of King Charles IX of Sweden and Christina of Holstein-Gottorp, and by marriage Duchess of Ostergothia.

Åkeshov Castle is located in Bromma, a borough of Stockholm, Sweden. Historically, Åkeshov was situated in Bromma parish, which was incorporated with the city of Stockholm in 1916. After having undergone a careful reconstruction, the castle is today used as a hotel and conference facility.

Ängsö Castle is a castle in Sweden, located near Västerås.

Högestad Castle is an estate in Ystad Municipality in Scania, Sweden.

Krageholm Castle is an estate at Ystad Municipality in Scania, Sweden. 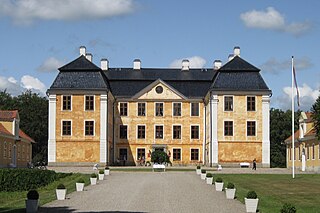