Toprak ("soil")is a Turkish surname. Notable people with the name include:

Veli Mehmet Emin Toprak is a Turkish businessman. A member of the Toprak family, he is an active philanthropist and the inaugural elected president of the Istanbul International Yacht Club’s founding committee. He currently supports and advises the financial dealings of Democrats Abroad Turkey.

Ömer Toprak is a Turkish professional footballer who plays as a centre back for German club Borussia Dortmund and the Turkey national team.

Mehmet Ali, Memet Ali or Mehmed Ali is a Turkish given name for males. People with the name include:

Uzak is a 2002 Turkish film directed by Nuri Bilge Ceylan. It was released as Distant in North America, a literal translation of its title. The movie is the winner of 31 awards including Best Actor at Cannes, Special Jury Prize at Chicago, and Best Balkan Movie at Sofia International Film Festival.

Clouds of May is a 1999 Turkish film directed by Nuri Bilge Ceylan.

Mehmed is the most common Turkish form of the Arabic name Muhammad (Arabic: محمد‎) and gains its significance from being the name of Muhammad, the prophet of Islam. Originally the intermediary vowels in the Arabic Muhammad were completed with an e in adoption to Turkish phonotactics, which spelled Mehemed, and the name lost the central e over time. Final devoicing of d to t is a regular process in Turkish. The prophet himself is referred to in Turkish using the archaic version, Muhammed. 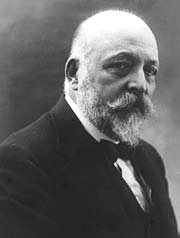 Mehmet Emin Yurdakul was a Turkish nationalist writer and politician. Being a ideologue of Pan-Turkism, his writings and poems had a major impact on defining the term vatan (Fatherland).

The Istanbul International Yacht Club was founded by Mehmet Emin Toprak to professionalize sailing in Turkish waters by establishing off-shore racing and one-design races and to further strengthen relationships between businessmen, and sailors. A committee that included the founding chair of Democrats Abroad Turkey, Brooks Emerson helped establish and internationalize the club.

Kasaba is a 1997 Turkish film directed by Nuri Bilge Ceylan. It is also known under the English title The Small Town. It was Ceylan's first feature film.

Mehmet Emin Karamehmet is the chairman of Turkey's Çukurova Holding conglomerate. He is currently ranked 2nd wealthiest person in Turkey and 401st globally in 2012 Forbes Billionaires list. He is one of the most influential and successful businessmen in Turkey with a record of several returns after failures.

Mehmet Emin Koral was an officer of the Ottoman Army and a general of the Turkish Army.

Pamukbank T.A.Ş. is a defunct Turkish bank. Founded in 1955 as a privately owned deposit bank, it was taken over by the government's TMSF in 2002 because of a $2.5bn capital shortfall, and merged into Halk Bankası in November 2004. At the time Pamukbank had 172 branches and 4000 employees.

Divitdar Mehmed Emin Pasha was an Ottoman statesman who served as grand vizier of the Ottoman Empire from 1750 to 1752. After this, he was exiled to Rethymno on Crete for three years. 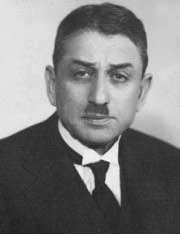 Mehmet Sabri Toprak was a Turkish politician, and an early key member of the CHP.