Topshop is a British multinational fashion retailer of clothing, shoes, make-up and accessories. It has around 500 shops worldwide – of which some 300 are in the UK – plus online operations in a number of its markets. Its current CEO is Ian Grabiner, and it is part of the Arcadia Group, which is controlled by Sir Philip Green.

Topshop or Top Shop may also refer to:

A topshop or top-shop is a design of building specific to Coventry, Bedworth and Nuneaton in the English Midlands, of the 18th and 19th and early 20th centuries. A topshop has three storeys. It is unusual in that the lower two floors are living accommodation, and that the top floor is a workshop containing a weaver's loom. The windows on the top floor are larger than those on the lower two. 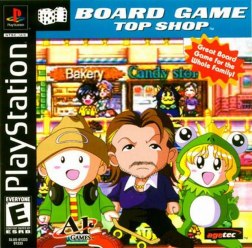 Top Shop, known in Japan as Tenant Wars (テナントウォーズ)(Tenantouŏ̄zu), is a video board game developed by KID for the PlayStation and Sega Saturn. Although both releases were published in Japan, only the PlayStation version was issued in North America where it was given an "E" rating by the ESRB.

The Jam Factory is a shopping and entertainment centre, located in Chapel Street, South Yarra, a suburb of Melbourne, Australia. The Jam Factory is owned by Challenger Financial Services. It is also the headquarters of Village Roadshow.

Bugis Junction, formerly known as Parco Bugis Junction, is an integrated development located at Victoria Street, Middle Road and North Bridge Road in Bugis, Downtown Core in Singapore. The development consists of a shopping mall, an office tower and the InterContinental Singapore Hotel.

Churchill Square is the principal shopping centre in the centre of Brighton and Hove, a city on the south coast of England. It is at the eastern end of Western Road, near the Clock Tower. 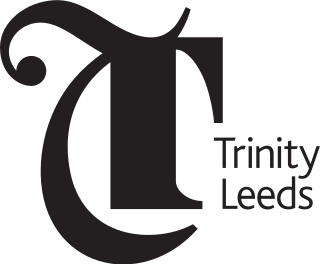 Trinity Leeds is a shopping and leisure centre in the Victorian District of Leeds, England, named after the adjacent 18th-century Holy Trinity Church. It opened on 21 March 2013, with over 130,000 recorded visitors on opening day. The development is in two parts: Trinity East, a new build development on the site of the former Trinity and Burton Arcades, and Trinity West, the redeveloped Leeds Shopping Plaza. The development has a catchment of 5.5 million people offering a spend of £1.93 billion annually. It has lifted Leeds from seventh to fourth in the CACI UK retail rankings and has created over 3000 jobs.

Barbara Hulanicki is a fashion designer, born in Warsaw, Poland, to Polish parents and best known as the founder of iconic clothes store Biba.

Jane Elizabeth Shepherdson CBE is an English businesswoman. As of 2016 she was the chief executive of UK clothing brand Whistles, and had been the brand director for high-street women's wear store TopShop.

Royal Victoria Place (RVP) is a mostly covered shopping centre located in the town of Tunbridge Wells, Kent. The centre features a 3 floor Fenwick's department store, a 2 floor Marks and Spencer, a 2 floor Boots and around 110 other stores, as well as a community centre managed by Tunbridge Wells Borough Council.

Trinity Walk is a shopping centre in Wakefield, West Yorkshire. England. Opened on 6 May 2011, Wakefield Council describe it as "the most important City Centre development for more than 20 years."

Finery is a British womenswear fashion label, whose products are available for purchase online and via selected offline stockists. Its approach is to offer smaller collections for women, not girls, that are moderately priced, well-styled, and versatile.

The Cleveland Centre, is the largest shopping centre in the town of Middlesbrough, north-east England, and is owned Waypoint New Frontier.

Houndshill Shopping Centre is an indoor shopping mall in Blackpool, Lancashire England. It is owned by BCC Eiffel Ltd and managed by Waypoint Asset Management and Eddisons.

Peter Robinson was a chain of department stores with its flagship store being situated at Oxford Circus, London. Founded in 1833 as a drapery, Robinson bought up nearby shops on Oxford Street to create a department store. The shop building in Oxford Circus was completed in 1912 and is Grade II listed. 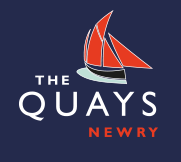 The Quays Newry is a major retail and leisure centre situated in Newry, County Down and is one of Northern Ireland's top shopping destinations with its anchor tenants being Sainsbury's, Debenhams and Marks & Spencer. The centre also contains a 10 screen Omniplex cinema and has over 1,000 car parking spaces.

Londis is a chain of convenience shop franchises operating in Ireland. The stores form a symbol group and are all owned on a franchise basis.

Sir Ralph Mark Halpern is an Austrian-born British businessman, the former chief executive officer (CEO) of Burton Group, and the founder of Topshop.

Janiece Altagracia Dilone, known mononymously as Dilone is an American model. She has been on the cover of Allure (magazine) and is currently ranked one of the Top 50 models in the industry by models.com.