TopstepTrader is a financial technology firm based in Chicago, IL that evaluates day traders’ performance in real-time simulated accounts. Traders who pass the company’s evaluation earn a funded trading account and trade Forex and futures contracts in the financial markets using the firm’s capital. [1]

TopstepTrader currently operates out of their headquarters in the West Loop Gate neighborhood of Chicago at 130 S. Jefferson St. Employees work out of the 10,000+ sq. ft. loft space in downtown Chicago. [2]

TopstepTrader was started on the floor of the Chicago Board of Trade by current CEO and former Dow futures contracts floor trader, Michael Patak, and became an LLC (Limited Liability Company) in July, 2012. [3] According to the Omaha World Herald, the name TopstepTrader was chosen because the best traders within each trading pit stand on the top step, where they have the best view and could theoretically receive the best market prices. [4]

TopstepTrader’s funding process consists of three steps. The first step is an evaluation of the trader's profitability, the second step proves the trader's risk management, and the last step is the funded trading account. [5]

TopstepFx a division of Topstep Trader designed for the financing of traders in the forex market with the same concepts of Topstep Trader, which like this one has 3 steps to pass the funding test

Foreign exchange fraud is any trading scheme used to defraud traders by convincing them that they can expect to gain a high profit by trading in the foreign exchange market. Currency trading became a common form of fraud in early 2008, according to Michael Dunn of the U.S. Commodity Futures Trading Commission.

Options Clearing Corporation (OCC) is a United States clearing house based in Chicago. It specializes in equity derivatives clearing, providing central counterparty (CCP) clearing and settlement services to 16 exchanges. Started by Wayne Luthringshausen and carried on by Michael Cahill, trust in the company was built. Instruments include options, financial and commodity futures, security futures and securities lending transactions.

StoneX Group Inc. is a financial services organization. The company operates in six areas: commercial hedging, global payments, securities, physical commodities, foreign exchange and clearing and execution services (CES). The company ranked No. 100 in the 2020 Fortune 500 list of the largest United States corporations by total revenue. In July 2020, the company rebranded and changed its name to StoneX Group Inc.

Lawrence D. Hite is a hedge fund manager who, along with Ed Seykota, is one of the forefathers of system trading. He is the author of the book, The Rule, which was named a Wall Street Journal, LA Times, and Porchlight Books bestseller.

Thomas Peterffy is a Hungarian-born American billionaire businessman. He is the founder, chairman, and the largest shareholder of Interactive Brokers. Peterffy worked as an architectural draftsman after emigrating to the US, and later became a computer programmer. In 1977, he purchased a seat on the American Stock Exchange and played a role in developing the first electronic trading platform for securities. According to Forbes he is the richest Hungarian, and the richest person in Florida.

Brewer Investment Group is a wealth management firm founded in 2000 and headquartered in Chicago, Illinois.

Currensee was a financial services company based in Boston to serve as a social network for foreign exchange traders. The company provided mirror trading services to its clients that allowed them to make trading decisions based on other traders actions. The company was acquired by Oanda in 2013, which decided to close down the service a year later in October 2014.

Michael Dever is an American businessman, futures trader, entrepreneur, and author. Dever is the founder and CEO of Brandywine Asset Management, Inc., an investment management firm founded in 1982, and he is the author of the best-selling investment book "Jackass Investing: Don't do it. Profit from it."

The forex scandal is a financial scandal that involves the revelation, and subsequent investigation, that banks colluded for at least a decade to manipulate exchange rates for their own financial gain. Market regulators in Asia, Switzerland, the United Kingdom, and the United States began to investigate the $4.7 trillion per day foreign exchange market (forex) after Bloomberg News reported in June 2013 that currency dealers said they had been front-running client orders and rigging the foreign exchange benchmark WM/Reuters rates by colluding with counterparts and pushing through trades before and during the 60-second windows when the benchmark rates are set. The behavior occurred daily in the spot foreign-exchange market and went on for at least a decade according to currency traders. 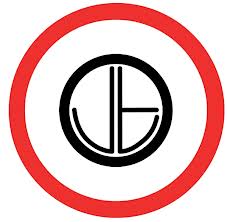 Jump Trading LLC is a proprietary trading firm with a focus on algorithmic and high-frequency trading strategies. The firm has over 700 employees in New York, Chicago, London, Shanghai, and Singapore and is active in futures, options, cryptocurrency, and equities markets worldwide.

Forex Club is a group of companies participating in the retail market of Forex. The Libertex brand operates and its structure includes financial and educational companies.