Brattvåg is the administrative centre of Haram Municipality in Møre og Romsdal county, Norway. The village is located on the Norwegian mainland, along the west side of the Samfjorden. It is located about 12.5 kilometres (7.8 mi) northwest of the villages of Vatne/Eidsvik.

Transjoik, originally named Frode Fjellheim Jazzjoik Ensemble, is a Norwegian band that plays Sámi music, often characterised as an ambient electronic, techno and trance band, but with a dose of yoiking, so it is often considered world music.

BOL is a Norwegian experimental jazz and electronica band in a quartet/trio format, known for performances and releases in the borderline between jazz, noise and electronica.

Haugerud is an experienced drummer and percussionist, living in Trondheim, Norway. As a musician, he has developed his own unconventional style based on improvised music influenced by the European contemporary music scene. He was involved in a production under "Trondheim Jazzfestival" (2005), and has contributed for "Cirka Teater", showing his background as a physical actor and performance artist in projects of surrealistic art, in groups like "Cirka Teater", "MisterYtor" and "Teater Fot", in which he also is a composer. At "SoddJazz" 2006 he performed with Trio Alpaca, and is now a member of Alpaca Ensemble which has released the records Tapet Tapet and Elevator with music composed by Eirik Hegdal. [1]

Trondheim, historically Kaupangen, Nidaros and Trondhjem, is a city and municipality in Trøndelag county, Norway. It has a population of 193,666, and is the third most populous municipality in Norway, although the fourth largest urban area. Trondheim lies on the south shore of Trondheim Fjord at the mouth of the River Nidelva. The city is dominated by the Norwegian University of Science and Technology (NTNU), the Foundation for Scientific and Industrial Research (SINTEF), St. Olavs University Hospital and other technology-oriented institutions.

Haugerud is playing in the Jazz trio ÉnÉnÉn with Eirik Hegdal and Michael Francis Duch, and in the bands "Gibrish" and "Bengalo". In 2008 he joined the free improvisation group "Murmur"/Muringa comprising Kim Myhr, Martin Taxt, Klaus Holm in addition to Haugerud. He also plays the improvisation duo Vertex with Petter Vågan. They released the album Shapes & Phases (2010) at the label Sofa, followed by extensive touring in among other places Germany and the United States. [1] [3]

Kim Myhr is a Norwegian guitarist and composer in the field of experimental music.

Martin Taxt is a Norwegian jazz musician (tuba), known from a variety of jazz bands like Koboku Senjû, Microtub, Muringa, Music for a While and Trondheim Jazz Orchestra.

Petter Vågan is a Norwegian singer, guitarist, composer, and the younger brother of double bass player Ole Morten Vågan. He is the bandleader, singer, and guitarist of the Norwegian indie electronica band The Fjords, founded in 2013.

Haugerud is also a guest lecturer at the Music Performance Studies at the Trondheim Musikkonservatorium. [1]

Jazzaway is a Norwegian record label founded by saxophonist Jon Klette in Oslo, Norway. He is also the main composer/leader in the band Jazzmob. Their CD Pathfinder (2003) was the first release from the label. 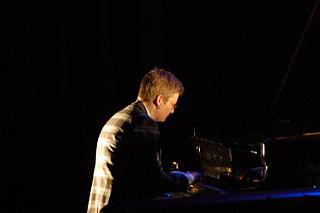 Maria Kannegaard is a Danish-born Norwegian jazz musician and pianist. She has lived in Norway since age 10. She is known from her own Maria Kannegaard trio and cooperation with, among others Live Maria Roggen's LiveBand, Eldbjørg Raknes' Trio and TingeLing, and numerous appearances at Norwegian jazz festivals.

Nils-Olav Johansen is a major Norwegian entertainer and jazz musician, known from several recordings and as orchestra leader. He is with Jarle Vespestad (drums) and Stian Carstensen, central members of the Balkan-jazz orchestra Farmers Market. 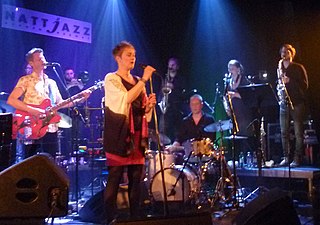 Trondheim Jazz Orchestra (TJO) is an orchestral project based in Trondheim, and closely related to both the Midtnorsk Jazzsenter and Jazz Line at the Trøndelag Conservatory of Music (NTNU).

Ståle Storløkken is a Norwegian jazz musician and composer, known from co-operations with artists like Terje Rypdal, BigBang, Supersilent and Motorpsycho. He is married to the Norwegian singer Tone Åse. 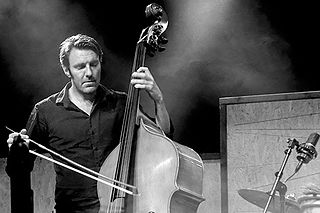 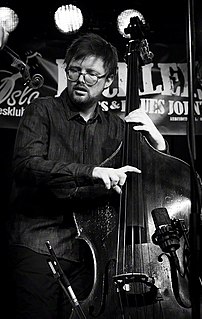 Hayden James Richard Powell is a jazz trumpeter and composer based in Oslo, Norway. Powell is English, but moved to Norway as a child and grew up in Molde. He has collaborated with numerous musicians including Terje Rypdal, Kenny Wheeler, Eirik Hegdal, Vigleik Storaas, Nils-Olav Johansen, Ole Morten Vågan, Eyolf Dale, and Ståle Storløkken, and released his debut solo album The Attic in 2011.

Mattias Ståhl is a Swedish jazz vibraphonist and composer.