Tännsjö has been a member of the medical ethics board of the faculty of medicine at Göteborg University and the ethical committee of Karolinska Institute. He is a member of the medical ethics committee of The National Board of Health and Welfare (the Swedish Government agency responsible for the supervision, evaluation and monitoring of social services, health care and medical services, dental care, environmental health, and control of communicable diseases). Furthermore, he is a member of the editorial board of Monash Bioethics Review, Tidskrift för politisk filosofi (Journal for Political Philosophy), Philosophical Papers, the ethics section of the web psychiatric journal Psychomedia , Bioethics and the Journal of Controversial Ideas .

Tännsjö is one of the few Swedish philosophers who is frequently heard in the public debate. His distinctly utilitarian ethical views have made him a controversial figure, notably within the medical establishment and for the Swedish Christian Democrats. [1]

Tännsjö has been a member of the Left Party since 1970, and was involved in writing the first party programme after the party dropped the communist label in 1990.

In 2001, he debated analytic philosopher and Christian apologist William Lane Craig on the subject, "If God Is Dead, Is Everything Permitted?". [2]

Tännsjö is a supporter of the Campaign for the Establishment of a United Nations Parliamentary Assembly, an organisation which advocates for democratic reformation of the United Nations, and the creation of a more accountable international political system. [3]

Recently, Tännsjö has published, in Swedish, an intellectual autobiography in two volumes. [4] [5] A review of the second volume by conservative historian of ideas Svante Nordin calls Tännsjö’s views on abortion, euthanasia and other issues in medical ethics “consistently crazy”. Nonetheless, Nordin praises Tännsjö's intellectual honesty and integrity, noting that he is “not primarily looking to show that [his] opponents are bad people, but rather that they are wrong. This means that he endeavors to present even the opponent's argument relatively clearly.” [6]

Applied ethics refers to the practical application of moral considerations. It is ethics with respect to real-world actions and their moral considerations in the areas of private and public life, the professions, health, technology, law, and leadership. For example, the bioethics community is concerned with identifying the correct approach to moral issues in the life sciences, such as euthanasia, the allocation of scarce health resources, or the use of human embryos in research. Environmental ethics is concerned with ecological issues such as the responsibility of government and corporations to clean up pollution. Business ethics includes questions regarding the duties or duty of 'whistleblowers' to the general public or their loyalty to their employers.

Peter Albert David Singer is an Australian moral philosopher. He is the Ira W. DeCamp Professor of Bioethics at Princeton University, and a Laureate Professor at the Centre for Applied Philosophy and Public Ethics at the University of Melbourne. He specialises in applied ethics and approaches ethical issues from a secular, utilitarian perspective. He is known in particular for his book Animal Liberation (1975), in which he argues in favour of veganism, and his essay "Famine, Affluence, and Morality", in which he argues in favour of donating to help the global poor. For most of his career, he was a preference utilitarian, but he stated in The Point of View of the Universe (2014), coauthored with Katarzyna de Lazari-Radek, that he had become a hedonistic utilitarian.

Medical ethics is an applied branch of ethics which analyzes the practice of clinical medicine and related scientific research. Medical ethics is based on a set of values that professionals can refer to in the case of any confusion or conflict. These values include the respect for autonomy, non-maleficence, beneficence, and justice. Such tenets may allow doctors, care providers, and families to create a treatment plan and work towards the same common goal. It is important to note that these four values are not ranked in order of importance or relevance and that they all encompass values pertaining to medical ethics. However, a conflict may arise leading to the need for hierarchy in an ethical system, such that some moral elements overrule others with the purpose of applying the best moral judgement to a difficult medical situation.

Utilitarian bioethics refers to the branch of bioethics that incorporates principles of utilitarianism to directing practices and resources where they will have the most usefulness and highest likelihood to produce happiness, in regards to medicine, health, and medical or biological research.

The Johns Hopkins Berman Institute of Bioethics in Baltimore, Maryland, United States, is an independent, interdisciplinary center serving the entire Johns Hopkins University and Health System. It is dedicated to the study of complex moral and policy issues in biomedical science, health care, and health policy. Established in 1995, the Institute seeks answers to ethical questions by promoting research in bioethics and encouraging moral reflection among a broad range of scholars, professionals, students, and citizens. Contributing to its mission are four divisions of the University: the Zanvyl Krieger School of Arts and Sciences, the Johns Hopkins School of Medicine, the Bloomberg School of Public Health, and the Johns Hopkins School of Nursing.

Govert A. den Hartogh is a Dutch moral, legal and political philosopher. He studied theology in Kampen and philosophy in Leiden and Oxford. He received his PhD in philosophy in 1985 from the University of Amsterdam. From 1974 on he worked at the University of Amsterdam as assistant and associate professor of ethics and jurisprudence in the Philosophy Department and the Faculty of Law, as an extra-ordinary professor of medical ethics in the Faculty of Medicine, and as a full professor of ethics and its history in the Philosophy Department. In 1992 he took the initiative of founding the Netherlands School for Research in Practical Philosophy, together with Robert Heeger and Bert Musschenga, and functioned as the school's first director. He retired in 2008. At his retirement his former Ph.D. students published a Festschrift. 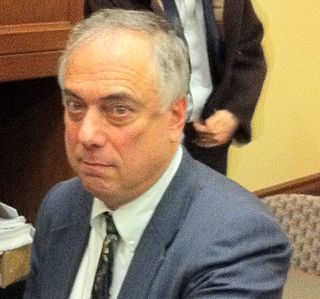 Daniel I. Wikler is an American public health educator, philosopher, and medical ethicist. He is currently the Mary B. Saltonstall Professor of Population Ethics and Professor of Ethics and Population Health in the Department of Global Health and Population of the Harvard T.H. Chan School of Public Health in Boston. He is Director and a core faculty member in the Harvard Program in Ethics and Health (PEH). His current research interests are ethical issues in population and international health, including the allocation of health resources, health research involving human subjects, organ transplant ethics, and ethical dilemmas arising in public health practice, and he teaches several courses each year. He is a fellow of the Hastings Center, an independent bioethics research institution.

Jonathan D. Moreno is an American philosopher and historian who specializes in the intersection of bioethics, culture, science, and national security, and has published seminal works on the history, sociology and politics of biology and medicine.

Vojin B. Rakic is a philosopher and political scientist. He publishes in English, but also in Serbian. He has a PhD in political science from Rutgers University in the United States. His publications on bioethics, Kant, and cosmopolitan justice are considered as influential writings in the international academic arena.

Stephen Garrard Post is a researcher, public speaker, professor, and best-selling author who has taught at the University of Chicago Medical School, Fordham University-Marymount, Case Western Reserve University School of Medicine (1988-2008) and Stony Brook University School of Medicine (2008-). He is widely known for his research and public speaking on the ways in which giving can enhance the health and happiness of the giver, how empathy and compassionate care contribute to patient outcomes, ethical issues in caring for people with dementia, medical professionalism and the virtues, and positive psychology in relation to health and well-being. Post is an elected member of the College of Physicians of Philadelphia, the New York Academy of Medicine, and the Royal Society of Medicine, London. He was selected nationally as the Public Member of the United States Medical Licensing Examination (USMLE) Composite Committee (2000-2005), and was reappointed for outstanding contributions.

Michael Alan Grodin is Professor of Health Law, Bioethics, and Human Rights at the Boston University School of Public Health, where he has received the distinguished Faculty Career Award for Research and Scholarship, and 20 teaching awards, including the "Norman A. Scotch Award for Excellence in Teaching." He is also Professor of Family Medicine and Psychiatry at the Boston University School of Medicine. In addition, Dr. Grodin is the Director of the Project on Medicine and the Holocaust at the Elie Wiesel Center for Judaic Studies, and a member of the faculty of the Division of Religious and Theological Studies. He has been on the faculty at Boston University for 35 years. He completed his B.S. degree at the Massachusetts Institute of Technology, his M.D. degree from the Albert Einstein College of Medicine, and his postdoctoral and fellowship training at UCLA and Harvard University.

Jeffrey Paul Bishop is a philosopher, bioethicist, author and the Tenet Endowed Chair of Health Care Ethics at Saint Louis University. The director of the Albert Gnaegi Center for Health Care Ethics, he is most widely recognized and cited for work in medical ethics as relating to death and dying in addition to contributions in the field of medical humanities. Bishop is a physician, holds a Doctorate of Philosophy from the University of Dallas and serves on the editorial boards of both the Journal of Medicine and Philosophy and the Journal of Christian Bioethics for Oxford University Press.

Erwin Bischofberger, SJ was a Swedish Jesuit and medical practitioner.

Reidar Krummradt Lie is a Norwegian philosopher and Professor of Philosophy at the University of Bergen. He is also Adjunct Professor at the Institute of Basic Medical Sciences in Beijing, China, and Adjunct Researcher at the Department of Bioethics at the National Institutes of Health in Bethesda MD, USA. He was previously Adjunct Professor at the Thammasat University in Bangkok, Thailand, and Director of the Center for Medical Ethics at the University of Oslo in Norway. Lie is known for his research on bioethics and research ethics.

Eric M. Meslin PhD FCAHS is a Canadian-American philosopher-bioethicist and current President and CEO of the Council of Canadian Academies (CCA).

Jeffrey Raymond Sebo is an American philosopher. He is director of the animal studies MA program, clinical associate professor of environmental studies, and affiliated professor of bioethics, medical ethics, and philosophy at New York University.