Torche or TORCHE may refer to:

Torche is an American heavy metal band from Miami, Florida. It formed in 2004 and went on to release four full-length studio albums, four EPs, two split albums, and three singles.

Torche is the self-titled debut album from the Miami-based metal band Torche. The album was released through Robotic Empire on March 8, 2005. It was also reissued on June 18, 2007 through Rock Action Records with a bonus track and alternate artwork. The opening track, "Charge of the Brown Recluse", is a new version of the song that was released before by the band Floor, which Steve Brooks and Juan Montoya were members, and appears in the box-set Below & Beyond.

The Tory Campaign for Homosexual Equality (TORCHE) was a British LGBT conservative organization.

Robotic Empire is an American record label based out of Richmond, Virginia. They specialize in hardcore punk, heavy metal, and alternative rock. Some of the most popular bands signed to the label over the years have been pg.99, City of Caterpillar, Crowpath, The Red Chord, Circle Takes the Square, Cursive, Versoma, Daughters, Isis, Kayo Dot, Cave In, Red Sparowes, Torche and Hot Cross. Robotic Empire was known as Robodog Records for their first 14 releases. 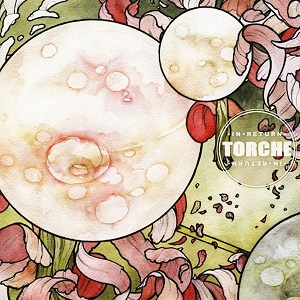 In Return is the second release by American stoner metal band Torche. It was released on September 18, 2007 through Robotic Empire in the United States and Rock Action Records in Europe on 15 October. Artwork and design were by Baroness singer John Dyer Baizley.

Cavity is an American sludge metal band from Miami, Florida. They first formed in 1992, releasing a multitude of albums and singles before breaking up in 2003. Steve Brooks and Juan Montoya would go on to play in Torche and Floor. Anthony Vialon, Henry Wilson and Beatriz Monteavaro also played in Floor. Jason Landrian went on to form Black Cobra Ed Matus played Guitar on "Drowning".

John Baizley is a painter and musician based in Philadelphia, PA, and the singer and rhythm guitarist for Baroness. He is also notable for his album cover art and T-shirts for artists including Kvelertak, Kylesa, Pig Destroyer, Darkest Hour, Daughters, Skeletonwitch, Torche, Cursed, Black Tusk, Vitamin X, Flight of the Conchords, The Red Chord, Gillian Welch, Metallica, and his own band, Baroness. 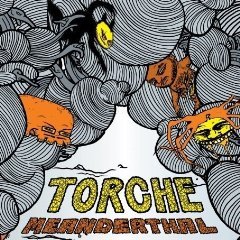 Meanderthal is the second full length studio album by the Miami, Florida band Torche. It was released on April 8, 2008.

Healer / Across the Shields is an EP by Miami-based band Torche. It was released as a 12″ vinyl with a DVD containing music videos for "Healer" and "Across the Shields". The vinyl was colored either black, orange, or purple. Side A consists of two tracks from Torche's previous release, Meanderthal, while side B contains two tracks that are exclusive to this EP. 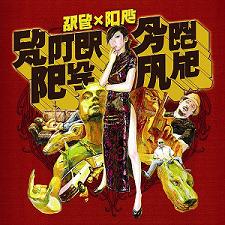 Chapter Ahead Being Fake is a split album featuring songs from Japanese band Boris and American band Torche. The album was released on August 19, 2009 in Japan through Daymare Records on CD, the same day Boris's split album with 9dw, Golden Dance Classics, was released. This is the first release from Torche as a three-piece band after parting ways with second guitarist Juan Montoya in 2008. A video for Torche's "King Beef" was released on January 5, 2010.

MonstrO is a hard rock band composed of drummer Bevan Davies, guitarist Juan Montoya, singer/guitarist Charlie Suarez, and bassist Kyle Sanders. They formed in late 2009 in Atlanta, Georgia and played their first gig in April 2010. The band drew upon music such as ‘60s psychedelica, shoegaze, and heavy metal, as well as other personal influences. They signed with Vagrant Records in March 2011, Their self-titled debut album was released in August 2011, and was produced by William DuVall. They toured as the opening act for Clutch in 2012. The band has been inactive since 2013. Bassist Kyle Sanders has been a member of Hellyeah since 2014.

Torche / Part Chimp is a split EP between the American sludge metal band Torche and the English noise rock band Part Chimp. The album was released on November 5, 2011, through Chunklet Industries—a date which coincided with a tour of the eastern United States featuring both bands. The vinyl edition of the album was limited to 500 copies. Torche's side of the record features three cover songs of the American indie rock band Guided by Voices, and Part Chimp's side features two newly recorded songs. Part Chimp's songs are also some of the final tracks they recorded before disbanding.

Harmonicraft is the third studio album by the heavy metal band Torche. It was released in 2012 on Volcom Entertainment. Harmonicraft was self-produced by Torche and mixed by Converge guitarist Kurt Ballou.

Metal Swim is a heavy metal compilation album released by Adult Swim. The album was released as a free download on their website. It consisted of rare and unreleased material from various metal bands.

In Utero, in Tribute, in Entirety is a tribute album to Nirvana's 1993 third and final album, In Utero, by various artists. The album was released through Robotic Empire on April 15, 2014, and an exclusive version was released for Record Store Day on April 19, 2014. The compilation, which represents Robotic Empire's 100th release overall and 15th anniversary as a business, took over 7 years to make because of "extended delays and legal wrangling." In the time it took to make the album, Jay Reatard died and These Arms Are Snakes, Thursday and Daughters disbanded, making their contributions some of the last music they recorded. An unmastered version of Jay Reatard's "Frances Farmer Will Have Her Revenge on Seattle" leaked online a few years prior to the official release of the album. 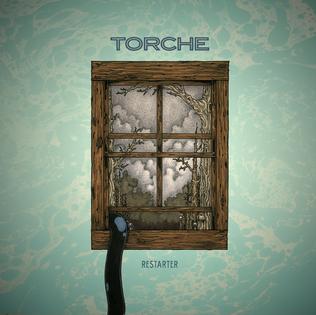 Whatever Nevermind is a tribute album to Nirvana's 1991 second studio album, Nevermind, by various artists. The album was released by Robotic Empire for Record Store Day on April 18, 2015 in vinyl and digital formats. Robotic Empire previously released In Utero, in Tribute, in Entirety — a tribute to Nirvana's third and final studio album In Utero — for Record Store Day 2014. Whatever Nevermind also coincides with the label's 16th anniversary, and celebrates this fact by cataloging the album as the label's 116th release.

Oblation is the third studio album by Florida sludge metal / doom-pop band Floor released on April 25, 2014 on the Season of Mist label. The first original material since their previous Self-Titled album 12 years before, Oblation followed the bands reunion in 2013 after disbanding in 2003. Some critics noted similarities between the album and songs recorded by guitarist Steve Brooks' other band Torche.