Tordenskjold or Tordenskiold may also refer to:

The Royal Norwegian Navy is the branch of the Norwegian Armed Forces responsible for naval operations of Norway. As of 2008, the RNoN consists of approximately 3,700 personnel and 70 vessels, including 4 heavy frigates, 6 submarines, 14 patrol boats, 4 minesweepers, 4 minehunters, 1 mine detection vessel, 4 support vessels and 2 training vessels. It also includes the Coast Guard. 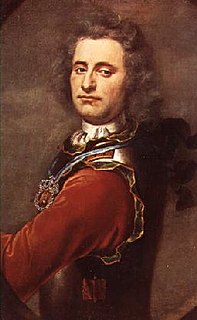 Peter Jansen Wessel Tordenskiold, commonly referred to as Tordenskjold, was a Dano-Norwegian nobleman and flag officer who spent his career in the service of the Royal Dano-Norwegian Navy. He rose to the rank of Vice-Admiral for his services in the Great Northern War. Born in the Norwegian city of Trondheim, Peter Wessel travelled to Copenhagen in 1704, and eventually enlisted in the navy. 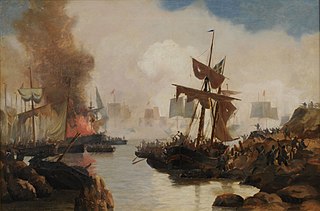 The naval Battle of Dynekilen took place on 8 July 1716 during the Great Northern War.

Fredrikstad fortress was a fortification in Fredrikstad, Norway. It was the base of the Østfold Regiment, with defence related responsibilities for the east side of Oslofjord.

HNoMS Norge was a coastal defence ship of the Eidsvold-class in the Royal Norwegian Navy. Built by Armstrong Whitworth at Newcastle on Tyne, she was torpedoed and sunk by German destroyers in Narvik harbour on 9 April 1940.

HNoMS Eidsvold was a coastal defence ship and the lead ship of her class, serving in the Royal Norwegian Navy. Built by Armstrong Whitworth at Newcastle on Tyne in 1899, she was obsolete when sunk by German torpedoes in Narvik harbour on 9 April 1940 during the German invasion of Norway. 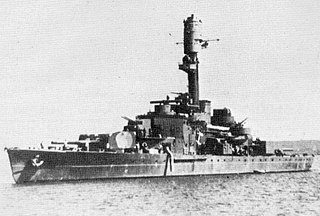 Coastal defence ships were warships built for the purpose of coastal defence, mostly during the period from 1860 to 1920. They were small, often cruiser-sized warships that sacrificed speed and range for armour and armament. They were usually attractive to nations that either could not afford full-sized battleships or could be satisfied by specially designed shallow-draft vessels capable of littoral operations close to their own shores. The Nordic countries and Thailand found them particularly appropriate for their island-dotted coastal waters. Some vessels had limited blue-water capabilities; others operated in rivers.

The Eidsvold class was a class of coastal defence ships, two of which were built for the Royal Norwegian Navy in 1899 by Armstrong Whitworth. The class consisted of two ships, HNoMS Eidsvold and HNoMS Norge. Locally they were referred to as panserskip.

The Bjørgvin-class coastal battleships were ordered by Norway in 1912 to supplement the older Eidsvold and Tordenskjold-class coastal defence ships. The two ships laid down were compulsorily purchased by the Royal Navy when World War I broke out, and classified as monitors. The British government paid Norway £370,000 as compensation for each ship.

The Tordenskjold class of coastal defence ships was ordered by Norway as part as the general rearmament in the time leading up to the events in 1905 - when Norway broke out of the union with Sweden - the two ships in the class remained the backbone of the Royal Norwegian Navy until they were considered 'unfit for war' in the mid-1930s.

HNoMS Tordenskjold, known locally as Panserskipet Tordenskjold, was a Norwegian coastal defence ship. She, her sister ship, Harald Haarfagre, and the slightly newer Eidsvold class were built as a part of the general rearmament in the time leading up to the events in 1905. Tordenskjold remained an important vessel in the Royal Norwegian Navy until she was considered unfit for war in the mid-1930s.

HNoMS Harald Haarfagre, known locally as Panserskipet Harald Haarfagre, was a Norwegian coastal defence ship. She, her sister ship Tordenskjold and the slightly newer Eidsvold class were built as part of the general rearmament in the time leading up to the events in 1905. Harald Haarfagre remained an important vessel in the Royal Norwegian Navy until she was considered unfit for war in the mid-1930s. 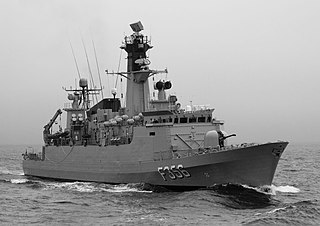 The Niels Juel class was a three-ship class of corvettes formerly in service with the Royal Danish Navy. They were built in Denmark at Aalborg Shipyard and were launched in the period 1978–1980. In 1998–2000 the three vessels had a mid-life update, as well as a large update on the electrical systems.

Tordenskiold was the name of two dignities in the Danish and the Norwegian nobility. Both are today patrilineally extinct.

The Battle of Horten Harbour or the Action at Horten was an engagement that occurred on 9 April 1940 during Operation Weserübung when the Germans launched an amphibious assault on Karljohansvern, the Norwegian naval base at Horten. After being initially repulsed by Norwegian naval units, German troops headed overland to outflank the base, forcing it to capitulate. 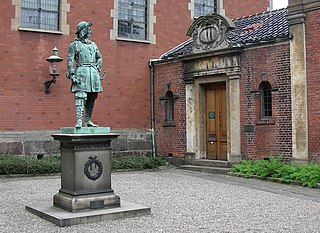 Anders Svor was a Norwegian sculptor. He was a Realist influenced by Romanticism, and Auguste Rodin was also an important inspiration. His work was also part of the sculpture event in the art competition at the 1924 Summer Olympics.