Tore Bråthen (born September 12, 1954) is a Norwegian jurist, and Professor of Law and Head of Department of Accounting, Auditing and Law at BI Norwegian Business School in Oslo, [1] and Adjunct Professor at the Law Faculty of the University of Tromsø.

Bråthen graduated from the University of Oslo with a cand.jur. degree in 1984, and took the dr.juris. degree in 1998.

BI Norwegian Business School is the largest business school in Norway and the second largest in all of Europe. BI has in total four campuses with the main one located in Oslo. The university has 845 employees consisting of an academic staff of 404 people and 441 administrative staff. In 2015, BI Norwegian Business School had 18,728 students. BI is the largest supplier of economic and administrative competence and skills in Norway with more than 200 000 graduates since 1983. BI Norwegian Business School is a private foundation and is accredited by NOKUT as a specialised university institution. BI organised its academic activities in nine separate research departments covering all of the disciplines that can be expected at a modern European business school.

Siviløkonom is an academic degree issued within the field of business administration and a professional title in Norway, obtained after 5 years of studies. The title is protected and can only be used by persons having met certain qualifications as directed by the Norwegian Ministry of Education and Research. It is mainly offered by nine institutions after the completion of a Master of Science in Business Administration.

Ole Gjems-Onstad is a Norwegian jurist.

John Christian Langli is a Norwegian economist, and Professor at the BI Norwegian Business School.

Tom Colbjørnsen is a Norwegian economist and sociologist, and President of the BI Norwegian Business School.

Hans Økland was a Norwegian meteorologist and geophysicist.

Peter Fredrik Holst Hjort was a Norwegian professor of medicine and politician for the Labour Party. He is best known for his work to establish the University of Tromsø, and for his work with public health.

Marit Reutz is a Norwegian businessperson.

Håkan Håkansson is a Swedish organizational theorist, and Professor of International Management at the BI Norwegian Business School, known for his work on business networks. 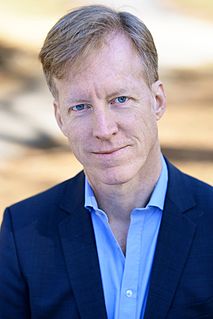 Curtis Calvin Rice is an American-born Norwegian linguist and the rector of Oslo Metropolitan University and formerly of its predecessor institution, Oslo and Akershus University College. Rice is the first rector of his institution who was not elected. He began his rectorship on 1 August 2015. A major issue of his tenure as rector has been the question of whether HiOA should apply for the status of a university to become one of Norway's new universities; it received this status on 12 January 2018.

Arne Håskjold Krumsvik is a Norwegian scholar, media entrepreneur, and aviator, and considered to be one of the founders of media innovations studies. He is currently the principal of Kristiania University College, previous to that he was the head of department at Department of Media and Communications, University of Oslo, Norway.

The Research Council of Norway's Award for Excellence in Communication of Science is awarded annually by the Research Council of Norway. According to its bylaws, the prize is to be given in order to "reward and stimulate the dissemination of research to a broad audience. The dissemination must be of high quality in both form and content." The price is worth 200000 kr. 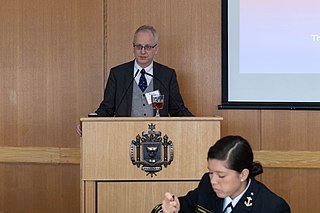 Henrik Syse, is a Norwegian philosopher, author, and lecturer. He is a Research Professor at the Peace Research Institute Oslo (PRIO), and a part-time Professor of Peace and Conflict Studies at Bjørknes College in Oslo. He has been a member of the Norwegian Nobel Committee, which awards the Nobel Peace Prize, since 2015, and was a member of the Norwegian Press Complaints Commission from 2002 to 2016. Syse also teaches at the Norwegian Defence University College, BI Norwegian Business School, MF Norwegian School of Theology, the University of Oslo, and other institutions of higher learning, and he is Chief Editor of the Journal of Military Ethics, a peer-reviewed journal published by Taylor & Francis.