Edman degradation, developed by Pehr Edman, is a method of sequencing amino acids in a peptide. In this method, the amino-terminal residue is labeled and cleaved from the peptide without disrupting the peptide bonds between other amino acid residues.

Protein sequencing is the practical process of determining the amino acid sequence of all or part of a protein or peptide. This may serve to identify the protein or characterize its post-translational modifications. Typically, partial sequencing of a protein provides sufficient information to identify it with reference to databases of protein sequences derived from the conceptual translation of genes.

Erik Kenneth Edman is a Swedish former footballer who played as a defender. His last club was Helsingborgs IF in Allsvenskan.

Jonas Edman is a Swedish rifle shooter, specializing in the Prone position. He was a 300 m Rifle specialist during most of the 1990s and a part of the winning team at the 1998 ISSF World Shooting Championships in Zaragoza, Spain. After this however, he started to focus in the Olympic 50 m Rifle. He got a very late wild card to the 2000 Olympics and performed 599, only one point from the maximum result, in the qualification round, and managed to keep his lead during the final.

Irwin Edman was an American philosopher and professor of philosophy.

Pehr Victor Edman was a Swedish biochemist. He developed a method for sequencing proteins; the Edman degradation.

Edman is a surname. Notable people with the surname include:

Robert Michael Edmans is a football forward who last played for Chelmsford City.

V. Raymond Edman was an American minister and author who served as the fourth President of Wheaton College in Illinois from 1941 to 1965.

Events from the year 1967 in Sweden

Habo IF is a sports club in Habo in Sweden, established on 26 April 1926, now only playing association football. The men's bandy team, which has played in the Swedish second division, played the qualifying rounds for the Swedish top division three times during the 1940s. In 1944, the bandy team lost 3–6 against IFK Nässjö in the qualifying rounds. The bandy section was disestablished in 1998. The club has also competed in athletics, table tennis, cycling, racewalking, Nordic skiing, orienteering and gymnastics. It is the mother club of Erik Edman and Zlatan Muslimović.

Events from the year 1927 in Sweden

Events from the year 1995 in Sweden 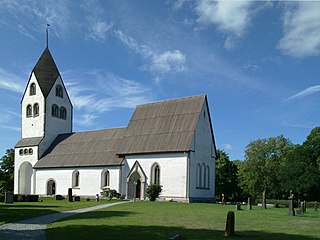 Burs is a populated area, a socken, on the Swedish island of Gotland. It comprises the same area as the administrative Burs District, established on 1 January 2016. As of 2015, Gustaf Edman from Burs was probably Sweden's tallest man.