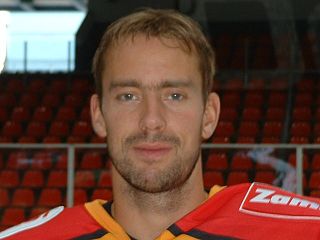 CC Amfi, also known as Nordlyshallen is an indoor sports arena in Hamar, Norway. It is mostly used for ice hockey and is the home arena of Storhamar Hockey. It has also been used for short track speed skating, figure skating, handball, events and concerts. The venue has a capacity for 7,000 spectators and was built for the 1994 Winter Olympics, where it was used for short track speed skating and figure skating. Other major events held at the arena include the 1999 IIHF World Championship in ice hockey, the 1999 World Women's Handball Championship, the 2012 IPC Ice Sledge Hockey World Championships and the 2016 Winter Youth Olympics.

Eilert Dietrichson Falch-Lund was a Norwegian businessperson and sportsperson. As a yacht racer he competed in the 1908 and 1912 Summer Olympics, winning one Olympic gold medal.

The Norwegian Ice Hockey Association (in Norwegian, Norges Ishockeyforbund is the governing body of all ice hockey, sledge hockey and in-line hockey in Norway.

Cato Tom Andersen is a Norwegian former ice hockey defenceman. He was born in Oslo, Norway. 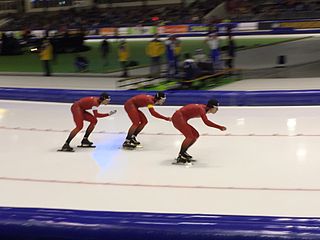 The ice hockey team rosters at the 1980 Winter Olympics consisted of the following players:

Tore Johannessen was a Norwegian ice hockey referee and sports administrator. As a referee, he officiated at both the Ice Hockey World Championships, and the Winter Olympic Games, and later served as president of the Norwegian Ice Hockey Association. His career was recognized by induction into the IIHF Hall of Fame as a builder in ice hockey, and he received the Norwegian King's Medal of Merit.