He was born in Oslo. As an amateur boxer he won eight Norwegian championships between 1958 and 1965, representing the club BK Pugilist, and became Nordic champion in lightweight in 1965. In his professional career from 1965 to 1972 he won 15 of 27 bouts. Two of his losses were title bouts for the European Boxing Union lightweight title in 1970. [1] [2] 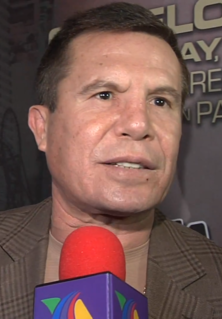 Ray Mancini, best known as "Boom Boom" Mancini, is an American former professional boxer who competed professionally from 1979 to 1992 and who has since worked as an actor and sports commentator. He held the WBA lightweight title from 1982 to 1984. Mancini inherited his nickname from his father, boxer Lenny Mancini. In 2015, Ray was inducted into the International Boxing Hall of Fame.

For the basketball player with a similar name, see Teófilo Cruz

Saoul Paul Mamby was an American professional boxer who fought between 1969 and 2008. He held the WBC super lightweight title from 1980 to 1982. 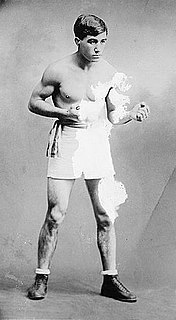 Johnny Dundee was a featherweight and junior lightweight champion boxer who fought from 1910 until 1932.

Orlando Romero is a former boxer from Peru. Nicknamed "Romerito" he was one of South America's top ranked lightweights during the 1980s.

Pedro Adigue, Jr was a world champion boxer. He came from the small town of Bontod in Palanas, Masbate, the Philippines. 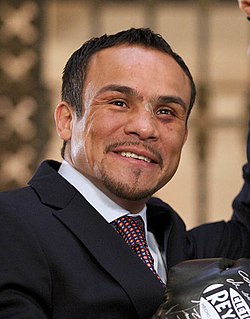 Richard McTaggart, MBE is a retired Scottish amateur boxer. He competed in the 1956 and 1960 Olympics in the lightweight division and won a gold and a bronze medal, respectively. In 1956 he received the Val Barker Trophy for best boxing style at the Olympics. At the 1964 Olympics McTaggart moved to the light-welterweight category, but lost in the third bout to the eventual winner Jerzy Kulej. McTaggart won the British ABA title in 1956, 1958, 1960, 1963 and 1965, and retired with a record of 610 wins out of 634 bouts. 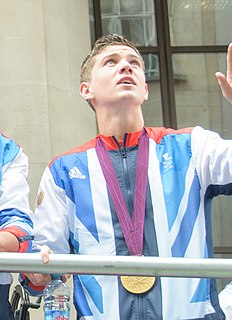